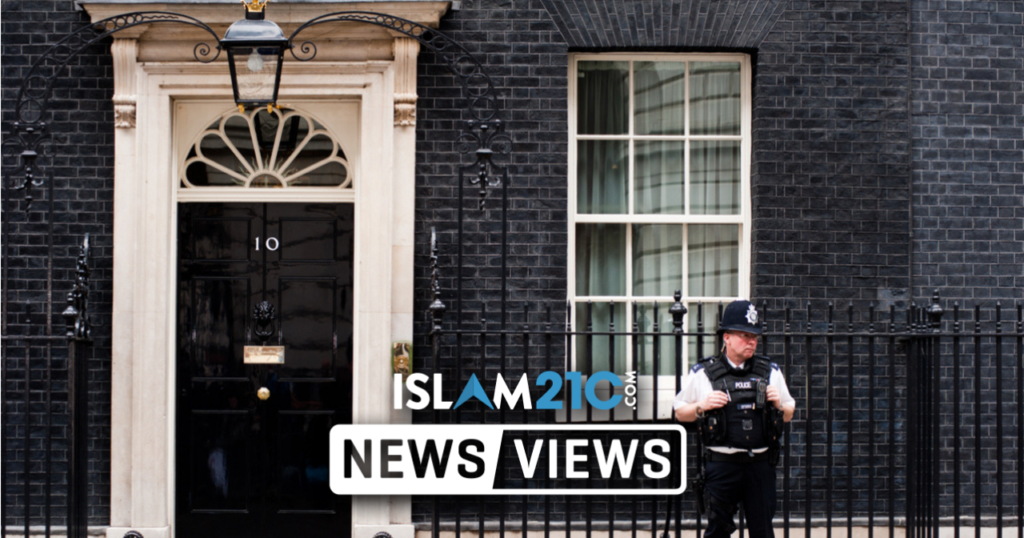 Britain’s new prime minister, Boris Johnson, has appointed Priti Patel as the new home secretary. The decision has led to “extreme concern” over her hard-right record on several issues. [1]

As the international development secretary, Priti Patel was forced to resign from government in 2017 after it was revealed that she had secretly met several times with ‘Israeli’ ministers, businesspeople, as well as a senior lobbyist. [2] In her new position, she will now be responsible for ‘counter-terrorism’, immigration, crime, and policing.

In response to Patel’s appointment, Conservative Party’s Sayeeda Warsi indicated the reasons for her resignation in 2017 said that she was a “disturbing appointment at a critical time for the Middle East”. [3]

Ironically, Patel’s parents, who are of Gujarati Indian background, migrated to the UK in the 1960s from Uganda. The Essex MP has voted for a stricter asylum system as well as the stricter enforcement of immigration rules. She has also voted against the banning of detention of pregnant women in immigration jails.

Patel’s views on asylum and immigration will be closely observed by NGO’s, campaigners, and charities that have a close relationship with refugees and asylum seekers. Many of these organisations consist of those that have repeatedly called for the government to loosen its rules surrounding asylum seekers.

“Priti Patel is a politician with a consistent record of voting against basic human rights protections. For her to be put in charge of the Home Office is extremely concerning.”

“The new home secretary needs urgently to put human rights at the heart of Home Office policymaking and reverse the damage caused by Theresa May’s most toxic legacy – the hostile environment.”

In addition, the chief executive of the Joint Council for the Welfare of Immigrants, Satbir Singh, said that:

“We’re a year on from the Windrush scandal and Theresa May’s departure creates a real opportunity to fix a chaotic and inhumane Home Office and build a fair immigration system that works for everyone.”

She added that Priti Patel’s record, however:

“…doesn’t inspire confidence, but we urge her to prove us wrong by committing to end the universally unpopular hostile environment, to reject the politics of scapegoating and demonising migrants and to rebuild trust by creating a Home Office that welcomes and supports those who move here.”

In response to the appointment of Patel, the chief executive of Refugee Action, Stephen Hale, commented that:

“The new home secretary must get to grips now with the long-running crises that have gripped the Home Office and done so much damage to vulnerable people.

“The Windrush review must be published as soon as possible and lead to a new commitment to treat people seeking asylum, and all others, with the respect and dignity they deserve.”

In an article for The Guardian, the professor of black studies at Birmingham City University, Kehinde Andrews, writes that we should not “be fooled by Johnson’s ‘diverse’ cabinet” and that “Tory racism hasn’t changed”. [4]

“Boris Johnson’s new team has been labelled a “cabinet for modern Britain” – a euphemism for non-white, with figures such as Priti Patel, Sajid Javid, James Cleverly and Alok Sharma appointed, and Munira Mirza made head of the No 10 policy unit. While all this diversity may well make cabinet look more representative of the UK population, it should not divert attention from the serious issues of racism within the party and with Johnson himself.”

“Lest we forget, the new prime minister has described African people as “piccaninnies” with “watermelon smiles” and compared Muslim women wearing the burqa to “letterboxes” and “bank robbers”. Surrounding himself with a few black and brown cabinet ministers may be good for optics, but it should be easy enough to see through the mirage.”

The MCB filed a complaint to the commission, which consisted of more than 20 pages with over “over 150 examples [of Islamophobia] cited”. [6] It further added that previous calls for the party to undertake an independent inquiry and investigation have been largely ignored.

This followed the Conservative party’s decision to not accept the working definition of Islamophobia that was devised by the All Party Parliamentary Group (APPG) on British Muslims. The government instead argued that the definition supposedly threatens free speech and the fight against terrorism. [7]