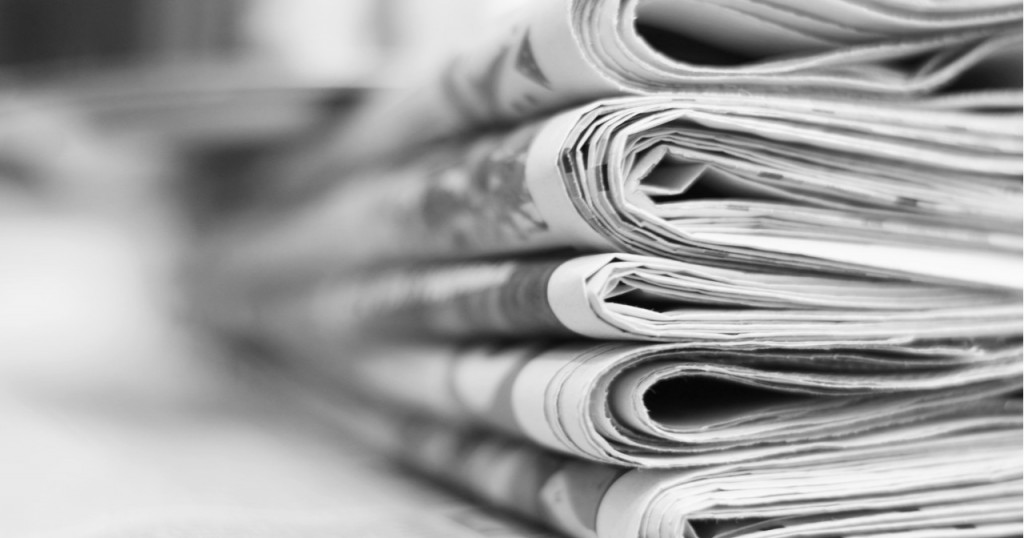 Lee Harpin, the political editor at the Jewish News, appears to be in the habit of making unfounded allegations against prominent and successful Muslim organisations. Unsurprisingly, Harpin, who also presides as senior reporter at the 1841-founded newspaper known as the Jewish Chronicle, is once again being criticised for “disingenuous” behaviour. The fact of the matter is that Harpin published a January 20 article in which he accused Muslim Engagement and Development (MEND) London regional manager and Muslim Youth Network (MYN) director Nayeem Haque of essentially giving his unequivocal support to the Taliban. [1] [2] [3]

While the expression of support for a group such as the Taliban may be controversial to some, it is not illegal. Indeed, they are not a ‘proscribed group’, and British law protects the right to freedom of speech. In addition to Harpin’s targeting of prominent Muslims and organisations, the failed reporter has previously expressed support for the British government’s toxic and grossly counterproductive Prevent ‘anti-radicalisation’ programme, in addition to describing the rights advocacy group CAGE as being “controversial”. Harpin has been sharply criticised for his problematic history of “shoddy journalism”. [4] [5]

STATEMENT: Deceitful Journalism from Lee Harpin of the Jewish News

We will continue to advocate for better media regulation and accountability in the press and support those who have been affected by #IslamophobiaInJournalism. pic.twitter.com/jrPrh6e6Ra

In a formal statement, MEND released a blistering counterresponse, in which the Muslim empowerment and political engagement organisation condemned Harpin’s piece.

“On the 20th of January 2022, journalist Lee Harpin published a deceitful article in the Jewish News, headlined as ‘Manager at advocacy group MEND shares social media posts uncritical of Taliban’. The rest of the story is just as disingenuous as the headline itself, which references personal tweets of a colleague in a selective manner with complete disdain for context.

“We do not condone this manner of journalism or targeting under any circumstances and regard this as yet another futile attempt by Harpin to demonise MEND and members of the Muslim community.” [5]

“This form of shoddy journalism should come as no surprise from someone who was arrested and questioned for phone hacking and had his computer confiscated whilst at Trinity Mirror. Harpin was also ordered to pay damages to a councillor and teacher for making false allegations in relation to antisemitism.” [5]

Harpin’s seemingly convincing article is entitled as “Manager at advocacy group MEND shares social media posts uncritical of Taliban”. However, the entire piece is a pitiable attempt at casting a negative light on Haque, in addition to the work carried out by MEND and by extension, MYN. In the 700-word article, the Jewish News piece brags of having bagged an “exclusive” story that suggests the MEND regional manager needs to adopt a ‘critical’ view of the Taliban. In reality, the article is based on a few hand-picked and retweeted social media posts, including one originally published by the British-Jordanian political activist and academic Dr. Azzam al-Tamimi, in which he had stated in August 2021:

“The performance of Taliban spokesperson is impressive. There is a great deal other Islamic movements can learn from such a calm, dignified, humble, confident, unambiguous, concise and straight-forward discourse.” [6]

In his defence, Haque stated that he is in the process of reviewing legal action against the slanderous article. Indeed, in remarks issued on social media following the libellous piece by Harpin, Haque stated:

“I was recently the subject of a misleading news article in the Jewish News because I made a series of retweets in an ‘uncritical’ manner (!). Rather disturbingly, my Twitter was monitored and tracked over the course of a few months in an attempt to demonise myself and Mend. [7]

“I joined MEND with an ambition to tackle Islamophobia in our society. In this relatively short time, I’ve met with victims and survivors of Islamophobia who have experienced far more than I have. This has only emboldened my spirit in the fight against Islamophobia. I’d like to thank our community for the overwhelming support I have received in light of this. I won’t comment further as I’m currently exploring means to challenge this including possible legal action.” [8] [9]

For those who missed the latest false claim by the Jewish Chronicle about Muslims, see last week's in-print correction of Political Editor Lee Harpin's false made-up claim about the Muslim Council of Britain (@MuslimCouncil) and Mend pic.twitter.com/s81SYblCz8

In addition to Haque’s statement, Dr. al-Tamimi described the Jewish News article with the following words:

“As far as Zionists are concerned, there is no such thing as freedom of expression. If you are critical of Israel or its lobby then you are to be loathed and proscribed. You are also the enemy if you don’t hate what they hate.” [10]

What is most perplexing regarding Harpin’s article is that he in effect demands that Muslims take on a particularly critical approach towards the Taliban. As Harpin says in his piece: “A manager working for the Muslim Engagement and Development (MEND) organisation has posted and shared a series of social media messages that are all uncritical of the Taliban.” But as noted above, the Taliban are not a proscribed organisation, and they are the official incumbent government in Afghanistan. So why is it that Muslims should be expected to take a particularly hard line against the Taliban? Yes, it is clear that the organisation has faults and areas where it ought to be corrected. But to aggressively demand that Muslims shoulder a critical stance that goes above and beyond that of others in society makes it seem as though Harpin considers the Taliban to be a solely Muslim ‘issue’.

Indeed, in MEND’s January 21 counterstatement, the organisation questions why there should be “a special onus on Muslims to be ‘critical’ of the Taliban”. It further poses the question: “Why should Muslims be compelled to criticise the Taliban? What does it demonstrate? Such a notion is comparable to the belief that Muslims have a unique burden to report radicalisation.” [5]

MEND has also decried the presence of Islamophobia in British society, and more specifically, in the realm of journalism. The not-for-profit organisation said in its statement:

“Having such an expectation of Muslims as a group is indicative of the Islamophobia that Muslims face in society. In this case, the application of double standards by expecting from Muslims a behaviour that is not expected or demanded of any other social, religious or ethnic group.

“Our message to the Muslim community and the many Muslims who have had the unfortunate experience of being demonised unfairly in the media is that we should not allow such pathetic attempts to silence us or dissuade us from serving our communities. As an organisation, we will continue to advocate for better media regulation and accountability in the press and support those who have been affected by #IslamophobiaInJournalism.” [5]

Harpin is a disgraced reporter who was arrested in 2015 for phone hacking. At the time, he had recently been appointed as agenda editor for all three of the national titles owned by the Trinity Mirror publishing group. During the dramatic arrest, which took place while Harpin was in his Mirror office, the Metropolitan Police issued a statement that read as follows:

“A 47-year old man, a journalist, has today, Wednesday 15 July, been arrested on suspicion of conspiracy to unlawfully intercept communications. The arrest was made by detectives from Operation Golding, the investigation into the suspected conspiracy by individuals to intercept telephone voicemails at Mirror Group Newspapers. It is being investigated as part of Operation Weeting. He is the fifth person to be arrested under Operation Golding.” [11]

1. Was arrested and questioned for phone hacking and had his computer confiscated

2. Lied about Audrey White and his 'newspaper' was condemned by IPSO

MYN has also released a statement in which they condemn the “futile, yet insidious attempts by some media outlets looking to target active members of the Muslim community and masquerade their Islamophobia under the guise of ‘journalism’”. [12]

In a statement released a day after Harpin’s piece was published on the Jewish News site, the youth organisation further stated:

“The most recent attack by Lee Harpin aimed at one of our Directors, Nayeem Haque, is only further evidence of a media climate insistent on demonising young Muslims looking to engage in any form of healthy political discourse, but dismissed from doing so by virtue of their perceived Muslimness.

“MYN unreservedly supports Mr Haque against the baseless insinuations of those such as Mr Harpin looking to further their Islamophobic journalism through manufacturing hysteria and suspicion. MYN supports the right of all young people, including Mr Haque, to express their opinion and engage in public debate without the need of ‘thought police’ who seek to silence those they disagree with.” [12]