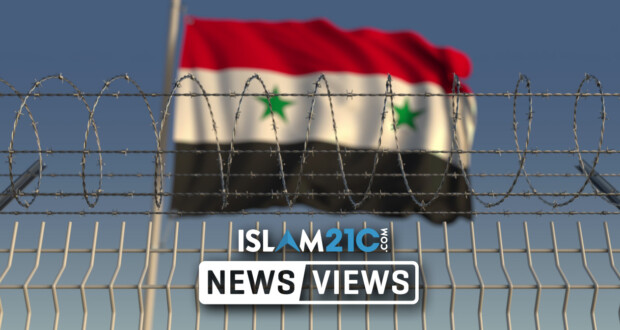 Families made to pay bribes to contact relatives in Syrian prisons

The Association of Detainees and the Missing in Sednaya Prison (ADMSP) released a damning report on Monday detailing how almost all levels of government and judicial officials in Syria have turned the cruel and decades-long practice of locking up citizens – for no reason other than expressing disapproval of the dictator Bashar al-Assad – into a money-making business model.[1]

Since the start of the civil war in March 2011, and now fast approaching a staggering decade of turmoil and angst amongst millions of Syrians, corrupt government officials have been coercing the families of imprisoned citizens to pay bribes in order to receive information about their loved ones.

The 55-page report by the ADMSP details how prison guards, judges, members of the armed forces, and various central government officials have profited from the lucrative ‘business’ of forcing families to pay, not in order to actually see their detained family members, but merely to find out information about their situation.

Discussing the agencies responsible for this heinous practice, the research states:

The ongoing Syrian civil war has seen the despot Bashar al-Assad ruthlessly holding onto power by initiating deadly attack after attack upon his own people. The topic of forced disappearances is feared amongst the populace, with many forcibly disappeared from Idlib and Damascus, abducted from their workplaces as well as at checkpoints.

From its research and the feedback of respondents to its survey, the ADMSP estimates nearly $1 billion has been extracted from families of those languishing in Syrian jails:

“Based on the analysis of the data about released and forcibly disappeared persons, it appeared that a total of US$2,714,250 had been paid either for promise of information, promise to visit, or promise to release. If we assume that the total number of forcibly disappeared people is 100,000 (there are no exact figures, but this is an estimate based on the cases that have been documented by the Syrian Network for Human Rights) and that a total of 250,000 people have been arrested and released (which is a very conservative estimate, since the real number is probably much larg­er), then the total amount paid is close to US$900 million (868,900,573 specifically).” [1]

The Guardian reports that through this treacherous scheme, various members of Assad’s inner circle, as well as other top officials, are circumventing international sanctions via receipt of these ill-gotten gains.[2]

Many of these officials are not allowed to have bank accounts in foreign countries, so thus they have found a form of bribery that extorts those already in dire straits and concerned for their locked up and often severely abused family members.

This practice has been operating since at least the early 2000s, with a case documented from 20th December 2001 mentioned in the report.

Assad has been receiving Russian military support for the bulk of the civil war. As such, the Russians have been effectively holding the dictatorship up, bolstering it by providing arms, tanks, as well as mercenaries from the Wagner Group.[3]

With such devilish tactics being deployed by the Syrian regime, only Allāh knows when the oppression of Assad will cease.

To recount a glimpse of the experiences of a few prisoners, the following is an account from a former detainee named Mu’tasim Abdul Sater:

“The water started to cut, sometimes for seven or eight days in a row, so we started to ration it. The food quantity began to decrease and the jailer started throwing it at us. The prisoners began to get sick and die after their immunity weakened. In 2013, the beatings became daily, and it was very severe, and blood was on the walls.” [1]

Another story in the report is from Manal al-Rifai, the sibling of a man who was tortured to death at the hands of regime prison guards:

“The visit, which lasted only four minutes, felt like an era … an era of torment and oppression. When he turned around to leave, I noticed that his pants were sliding off his body and that he was unable to lift them. I felt like his legs were two melted ropes. I was imagining how much they would beat him now, because I heard that they used to beat the detainees after visits.”

“When we went out, my mother said: “Your brother will not last long… Find any way to release him!” I did not leave a door that I did not knock, nor a voice that could reach, nor an attempt that could be tried.”

“Exactly a month later, on April 27, he was martyred. Relieved. I was relieved! Because he is no longer in their hands, and he did not continue to be in the agony that he was in. But his pain still burns us, and neither I nor my mother can regain our previous lives, as long as the one who killed him still kills others, and does not feel the guilt for what he did, nor how he injured and destroyed our lives.”

“Our life changed after these four minutes. It changed after we saw how oppressed my brother was, how he suffered and was unfairly treated.” [1]