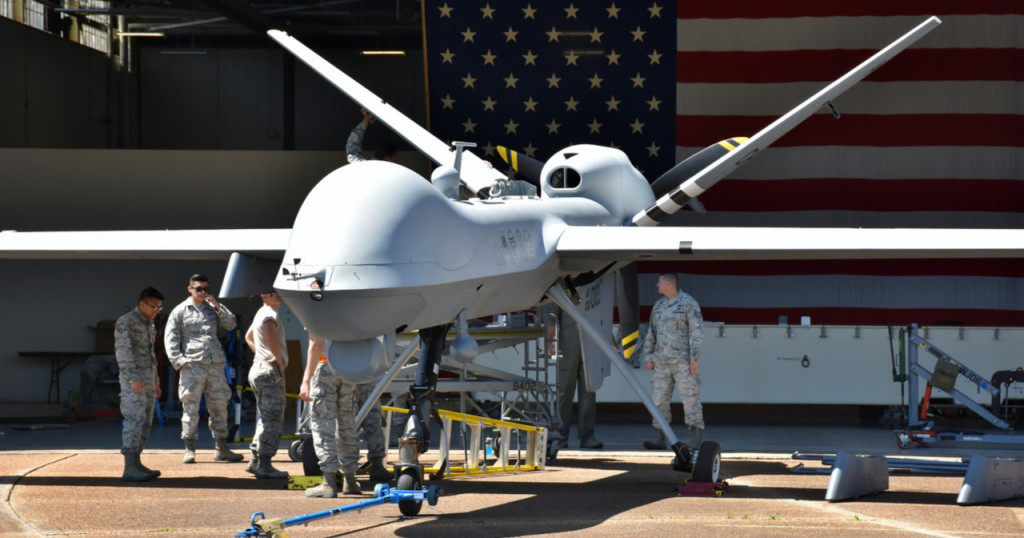 The US Department of Defense has belatedly stated that it will provide financial compensation to the bereaved family of an Afghan aid worker and his nine close relatives, with the fatalities including seven children. All ten were butchered by an appallingly slipshod American drone attack in Afghanistan’s capital city of Kabul on 29 August 2021. 43-year-old Zamairi Ahmadi, the slain breadwinner who worked for a US aid organisation, had just pulled into his driveway when a 20 pound Heliborne Laser Fire-&-Forget (Hellfire) missile struck his white Toyota car. Further explosions followed, which massacred a number of Ahmadi’s children. The US military had initially claimed that these “significant secondary explosions” were indicative of “the presence of a substantial amount of explosive material”. [1] [2]

Whilst referring to communications with Under Secretary of Defense for Policy Dr. Colin Kahl, Press Secretary of the Department of Defense Rear Admiral John Kirby said during a press conference held last Tuesday:

“Dr. Kahl reiterated Secretary of Defense Lloyd Austin’s commitment to the families, including offering ex gratia condolence payments, in addition to working with the State Department in support of Mr. Ahmadi’s family members who are interested in relocation to the United States.” [3]

In mid-September, General Kenneth F. McKenzie Jr. – the US Marine Corps leader who heads the United States Central Command (CENTCOM) – had conceded the drone strike as being a “tragic mistake”. [4] Gen. McKenzie issued the following remarks during the 17 September Pentagon press conference:

“The strike was a tragic mistake…I am now convinced that as many as 10 civilians, including up to seven children, were tragically killed in that strike…Moreover, we now assess that it is unlikely that the vehicle and those who died were associated with ISIS-K, or a direct threat to U.S. forces.” [4]

Immediately after McKenzie’s remarks were made on 17 September, the human rights group Amnesty International issued a call for “real accountability”. Brian Castner, Amnesty’s Senior Crisis Adviser, said in a statement on the same day:

“This admission is an important step towards accountability for the killings in Kabul, but much more remains to be done…The US must now commit to a full, transparent and impartial investigation into this incident…[and those] suspected of criminal responsibility should be prosecuted in a fair trial.” [5]

The dramatic September backtracking was in stark contrast to the weeks of repeated insistence on the part of the American federal government and military that the drone strike had indeed struck members of the so-called ISIS-K group. Senior US officials had shockingly sought to portray the devastating drone strike as a “success”. Captain Bill Urban of the US Navy, who presides as CENTCOM Spokesman, confidently said in a terse press statement on the day of the drone attack:

“We are confident we successfully hit the target. Significant secondary explosions from the vehicle indicated the presence of a substantial amount of explosive material.

“We are assessing the possibilities of civilian casualties, though we have no indications at this time. We remain vigilant for potential future threats.” [2]

The deeply troubling American use of drones to conduct unmanned aerial attacks has continued to alarm opponents of the so-called War on Terror. According to research carried out by The Bureau of Investigative Journalism, the US has to date killed between 910 and 2,200 civilians through the 14,040 “minimum confirmed strikes” it has carried out around the globe. In addition, countrywide studies have shown that from 2004 to 2020, there were at least 336 attacks courtesy of armed drones solely in the country of Yemen. These strikes have sadly taken the lives of around 1,300 individuals. In Pakistan, The Bureau of Investigative Journalism has reported 430 “minimum confirmed strikes”, a further 202 in Somalia, and an eye watering 13,072 in Afghanistan, with just over 1,500 alone in September 2019. [6] [7] [8] [9] [10]

Moreover, question marks have been raised concerning the efficacy of spending approximately 150,000 dollars per Hellfire missile, in addition to the roughly 15 million dollar purchase price for each remotely piloted craft that carries the warhead. [11] [12]

While US military and government figures may take some short-term relief from the offer of blood money to the Ahmadi family, the relatives are undoubtedly dissatisfied. In response, they have clearly stated, “They must come here and apologise to us face-to-face.” [13]

In addition, Zamairi Ahmadi’s brother, Aimal, whose 3-year-old daughter Maleka died during the drone strike, also echoed the aforementioned sentiment. In a firm statement, he warned, “America must compensate.” [13]

Aimal further stated his relief that with America’s admission of wrongdoing, the family had been vindicated. It is now clear to outside observers that they are innocent of the charges that the US military initially sought to level against them, when they wrongly labelled Ahmadi as an “ISIS-K threat”. [2]

“Today it was good news for us that United States officially admitted that they had attacked innocents civilians. Our innocence has been proven. We demand justice from international institutions…Then we want compensation.” [13]

The use of armed drones – also referred to as unmanned combat aerial vehicles or UCAVs – has grown over the past twenty years. The US is unsurprisingly the world leader in the number of operational units, as the weaponisation of the flying machines came immediately after the events of 9/11. A 2019 prediction by the Janes Markets Forecast showed the US to be on track to purchase a thousand combat drones in the next ten years, with second-placed China expected to buy a paltry 68 in comparison. Russia follows closely with 48 forecasted drone purchases, while India falls in fourth place with a potential 34 orders in the pipeline. [14]

Former US President Barack Obama, once lauded as a smooth talking human rights-savvy leader with his 2009 Nobel Peace Prize, ramped up the use of drones around the world. Indeed, anything George W. Bush had initiated regarding the deployment of drones was rapidly expanded by Obama at an unprecedented scale. Eight years ago, the 22 May 2013 Presidential Policy Guidance (PPG) was released by the Obama administration. In it was the codification, legalisation, and legitimisation of the use of drone strikes, particularly in the so-called War on Terror. This was to the extent that the United States killed a number of its own citizens with the use of Hellfire missiles launched from “Predator” drones. These extrajudicial executions include the US-born Yemeni Imam Anwar al-Awlaki, as well as his 16-year-old son. It is evident that the US sees fit to kill whosoever it believes worthy of execution.

In another sign of the violent and blood hungry approach of successive US administrations, Obama opted not to button up the 2013 PPG concerning drone strikes, prior to his successor Donald Trump taking office in 2017. In so doing, Obama left the door open for Trump to tweak his signature counterterrorism tactic of “targeted killing”. [15] Predictably, in 2019 Trump revoked an Obama-era rule on the “superfluous” reporting of CIA drone strike deaths, with an official quoted as saying:

“This action eliminates superfluous reporting requirements, requirements that do not improve government transparency, but rather distract our intelligence professionals from their primary mission.” [16]

Given the immense scale of global reporting during the recent Afghanistan withdrawal by US and allied forces earlier this year, some may argue that the offer of “condolence payments” in this case is simply a means for the US military and federal government to save face.