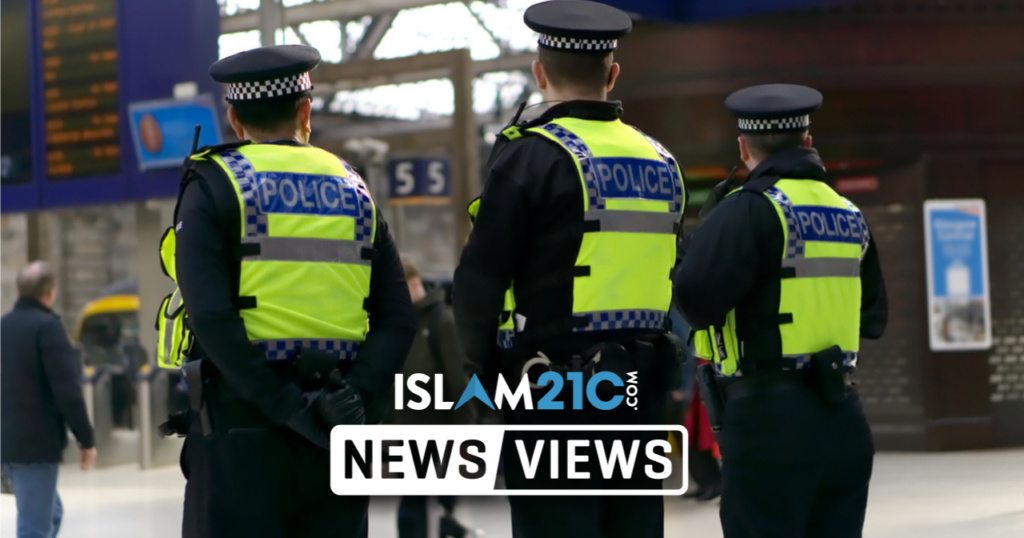 According to UK police, the fastest-growing threat of ‘terrorist’ violence is from the ‘extreme far-right’ ideology, which also allegedly saw referrals to ‘anti-radicalisation’ programmes doubling in the last two years.

In a media briefing, Neil Basu, assistant commissioner of the Metropolitan Police and Britain’s top ‘counter-terrorism’ officer, said that police were “battling to stop extreme rightwing terrorism gaining more of a foothold than it already had.” Basu added that despite it being a “small problem” compared to the dominating threat of Islamist ‘terrorism’, the threat from ‘far-right extremists’ has risen from 6% of the police’s caseload in 2016 to 10% in 2019.

In the last few years, the UK has seen this threat result in the murder of Labour MP Jo Cox in 2016, and the attack on Muslim worshippers at Finsbury Park mosque in the following year. It is said that those committing such acts are either incited by ‘far-right’ propaganda or through the consumption of ‘lawful material’ from both mainstream media and groups like the English Defence League (EDL).

“When nearly a third of plots foiled by police and security services relate to rightwing ideology, it lays bare why we are taking this threat so seriously.” [1]

Police have also warned that children as young as 14 could be at risk of being radicalised by ‘extreme’ right-wing ideology. It is said that ‘radical groups’ have moved to “darker, more secure parts of the Internet” and can radicalise a person in “days or weeks.” [2]

The news from the Met assistant commissioner comes after a rise in the media spotlight on the subject on ‘far-right extremism’. Last month, the Tony Blair Institute for Global Change suggested that a new law was needed to tackle the threat of ‘far-right extremism’. This law, according to the institute’s report, would “sit alongside proscription powers” and “designate hate groups as organisations that spread intolerance and antipathy towards people of a different race, religion, gender or nationality.” [3]

In the last few years, Home Office statistics have shown a clear difference in the number of referrals for ‘far-right extremism’ and so-called ‘Islamist terrorism’. Despite making up a mere 5% of the total UK population, Muslims are “50 times more likely” to be referred to Prevent than those related to the ‘far-right’. [5]

It appears to be the same for this year’s statistics, which were published on 5th September. Although there is an overall decrease in the number of referrals related to ‘Islamist terrorism’, there is also an increase in ‘far-right extremism’. Out of 218 arrests for suspected ‘terrorism-related activity’, only 33 were detained, compared to the 171 detained under ‘Islamist extremism’. [6]