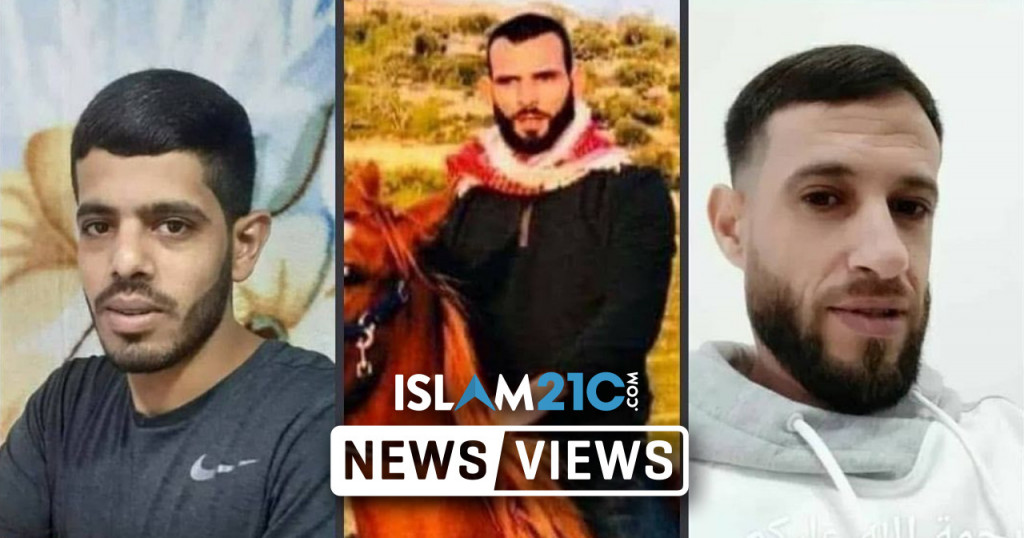 The Palestinian Ministry of Health has confirmed that five Palestinians have been killed by Israeli occupation forces after a number of shootouts ensued in the West Bank on Sunday. The Israeli newspaper Yedioth Ahronot reported that some of those killed were members of the armed resistance group Hamas. Indeed, the Qassam Brigades noted that three of its resistance fighters had been killed in a gunfight that occurred in Biddu village. The three killed members of the Brigades were Ahmed Zahran, Zakaria Badwan, and Mahmoud Ehmeidan. In addition, Saraya al-Quds Brigades, which is the military arm of the Islamic Jihad movement, confirmed that its member Osama Soboh had been martyred in the clashes. A 16-year-old boy named Yousif Soboh was also killed in the raids. [1]

During the early morning raids in the cities of Jenin and Ramallah, undercover Israeli commandos from the Duvdevan special forces unit of the IDF surrounded a number of homes. Of the five resistance members who were killed, the Palestinian Ministry of Health confirmed that three had been assassinated in Biddu, and two in Burqin, which is 5 kilometres west of Jenin. Israeli military sources have attempted to paint the bloodshed as raids against “Hamas militants” who were apparently arranging to launch attacks against ‘Israel’. [2] [3]

As is the norm, the apartheid state’s armed forces sought to warn the Palestinian side that any rocket-fire by Hamas will lead to escalations. However, Hamas has rightfully said it is exploring its options in response to the heinous killings on Sunday morning.

During the funeral procession of 22-year-old Osama Soboh, huge crowds gathered outside his home as his body was carried to its final resting place. Soboh had been gearing up to marry his fiancée, Dunia, in October. He had turned 22 on Saturday, and his fiancée had marked the occasion by writing on Facebook, “You are my beloved and my heart shall always be your home.” [4]

Among the 5 #Palestinians killed today in Jenin and Jerusalem is 22 yr-old Osama Soboh (L). His was wedding was next months. Yesterday, his fiance Dunia (R) celebrated his birthday with a post: "You are my beloved and my heart shall always be your home." #FreePalestine pic.twitter.com/KV6QzTAAiO

Ahmed Zahran, a freedom fighter in the Qassam Brigades, tragically followed his brother in being slain by the occupation forces. Zahran Zahran was killed by Israeli soldiers in 1998. Prior to the events of Sunday morning, occupation troops had on Friday and earlier during the week raided and ransacked homes reportedly belonging to the Zahran family in Biddu village. Ahmed’s mother told reporters of how the soldiers had fired lived rounds and detonated an explosive charge on their front door, before breaking in and demanding they reveal where Ahmed was. They threatened to deliver her son, Ahmed, “in a body bag just like his brother” if she did not reveal his whereabouts. [5]

“They searched and ransacked my home and the homes of my sons for more than two hours…They blindfolded my sons and forced them onto the ground, while shouting at us and accusing us of hiding my son, Ahmad.” [5]

One of the deceased men was Zakaria Badwan. He was a full-time employee at The Palestinian Museum, a non-governmental association that “presents and engages with new perspectives on Palestinian history, society and culture”. [6] Upon learning of Badwan’s unfortunate demise, the Jerusalem correspondent for Al Jazeera reported that the museum said:

“We received the news with utter shock and immense sadness…we remember our dear Zakaria for his amiable character, friendliness, and his ever smiling and cheerful face.” [7]

Of the two others killed on Sunday morning, Mahmoud Ehmeidan had been released from an Israeli prison just three months ago, while Yousif Soboh was a young boy of just 16 years of age. Despicably, the Zionist forces have yet to return his body so he can be laid to rest.

The Palestinian child that #Israel killed this morning in Burqin near Jenin city: Yousif Soboh, 16. pic.twitter.com/dWJxfB2UJI