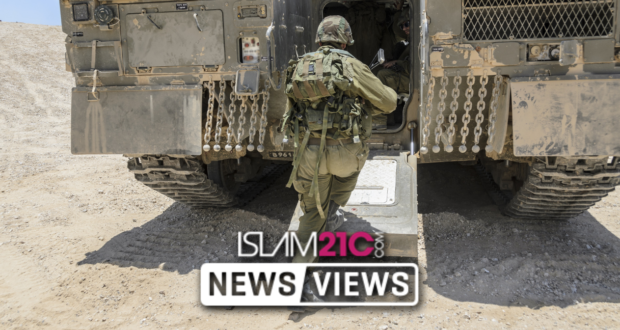 A former private military guard has been convicted of first degree murder by a court in Washington after taking part in a mass killing of unarmed civilians in Baghdad in 2007.

Nicholas Slatten, 35, was a former security guard at the private US military firm Blackwater and was based in Baghdad. Blackwater is an American private military company founded in 1997 which was later renamed to Xe Services. However it is now known as Academi since 2011.

In 2007, Slatten and his colleagues were escorting a diplomatic convoy when, without provocation or threat, opened fire on a crowd of civilians in Baghdad’s Nisour Square.

Using sniper rifles, machine guns and grenade launchers, Slatten and his colleagues massacred 14 innocent civilians, among them 19-year-old Ahmed Haithem, who was an aspiring doctor.

Slatten, along with three other security guards, was found guilty of murder in 2014 and sentenced to life in prison, with the other three receiving 30-year prison sentences.

The massacre had further soured Iraqi opinion on the United States who had invaded the country in 2003 and overthrew the government of Saddam Hussein.

The massacre raised questions and concerns on the US military’s use and reliance on private military contracts and whether the expansion of the latter was ethically compatible with US military standards.

In response to the news of the conviction of the US guard, CAGE Outreach Director and former Guantanamo Bay detainee, Moazzam Begg said:

“As Trump declares the war against ISIS over, one of thousands of reasons to remind us what brought about the conditions for the birth of ISIS.”

On the 10th December, the FBI in a statement on twitter said:

“FBI seeks info from anyone in the U.S. w/ knowledge of human rights violations committed abroad. If you have any info about perpetrators of genocide, war crimes, or other mass atrocities, please submit a tip or contact your FBI office or U.S. Embassy or Consulate”.

“Your own FBI agents were involved in my torture at Bagram in 2002. They waved pictures of my wife and children in front of me as I was shackled and beaten. They were present when the CIA threatened to send me to Egypt. I’ve obtained more detail, incl photos. Get in touch”.