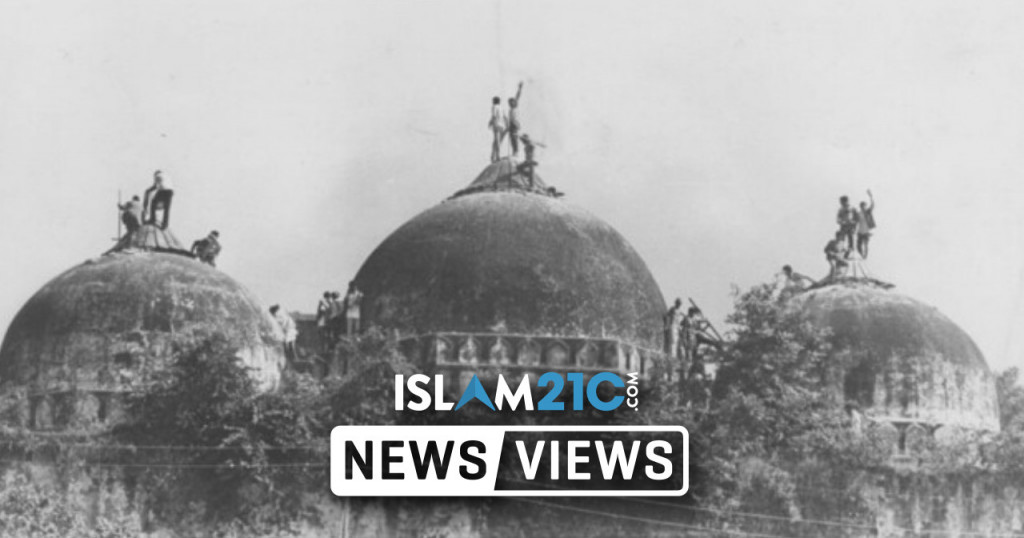 A former karsevak and Sangh activist who participated in the destruction of Babri mosque – but later accepted Islam and assumed the name of Mohammed Amir – has been found dead in his home in India. The circumstances surrounding his death currently remain unclear.

Mohammed Amir was constructing a mosque with the tentative name of Masjid-e-Rahmiya when he was found dead in his home. Inspector Kanchanbagh commented regarding the recent death by issuing the following statement:

“The exact reason of death cannot be made out at this moment, if we receive any complaint about the suspicion over his death from the family members, the police will proceed for post-mortem and register a case.”[1]

Before his conversion to Islam, Mohammed Amir was known as Balbir Singh, and functioned as a karsevak and Sangh leader.[2] A karsevak is someone who willingly submits himself and his time to a Dharmic cause. In 1992, the then Balbir Singh, whilst chanting praise for ‘Lord Ram’, participated in the destruction of Babri mosque in the city of Ayodha, India.

Initially given the birth name of Balbir Singh, Amir came from a Rajput family that resided in a village near Panipat. The former karsevak’s father, Daulat Ram, was a school teacher and ardent Gandhi follower who believed in harmony and peace.

Singh, however, became inspired by Bala Saheb Thackeray and joined Shiv Sena. He was also inspired by the ideology of Rashtriya Swayamsevak Sangh (RSS), and even became a regular attendee of a Sakha in Panipat.[3]

Under the influence of extremist RSS ideology, Singh made his way to Ayodha with his friends to demolish the Babri mosque. He later commented regarding the incident by saying: “We feared that the army might have been deployed in large numbers. But on the ground there was hardly any security, that gave us a boost and we were mentally prepared to demolish the masjid that day.”[4]

As he was a member of the mob which razed the centuries old mosque to the ground, the then Balbir Singh was warmly greeted upon returning home in Panipat. His secular family, however, denounced his actions. Singh then became seriously unwell, which led him to enquire about Islam.

Balbir Singh gradually studied the fundamental values of Islam and pristine teachings of the Qur’an. Subsequently, on 1 June 1993 he accepted Islam as being the one and only true faith. The new Muslim took the name Mohammed Amir and was determined to atone for his past mistakes, even though the testimony of faith expunges all previous misdeeds.

Mohammed Amir then devoted his life to Islam and its places of worship by vowing to build over 100 mosques.[5] Not wishing to waste any time, just one year after his reversion to Islam, Amir established his first mosque in Haryana, which he called Masjid-e-Madina.

In the following 26 years of his life, Mohammed Amir managed to build 91 mosques, with a further 59 currently being under construction.[6] In addition to establishing mosques, Amir founded an Islamic school[7] and gave daʿwah to his family by encouraging them to accept Islam.

May Allah accept his deeds, forgive him for his shortcomings, and elevate his rank in Paradise. He achieved in 26 years what many Muslims cannot fulfil in their entire lives. And tawfīq is only from Allah.