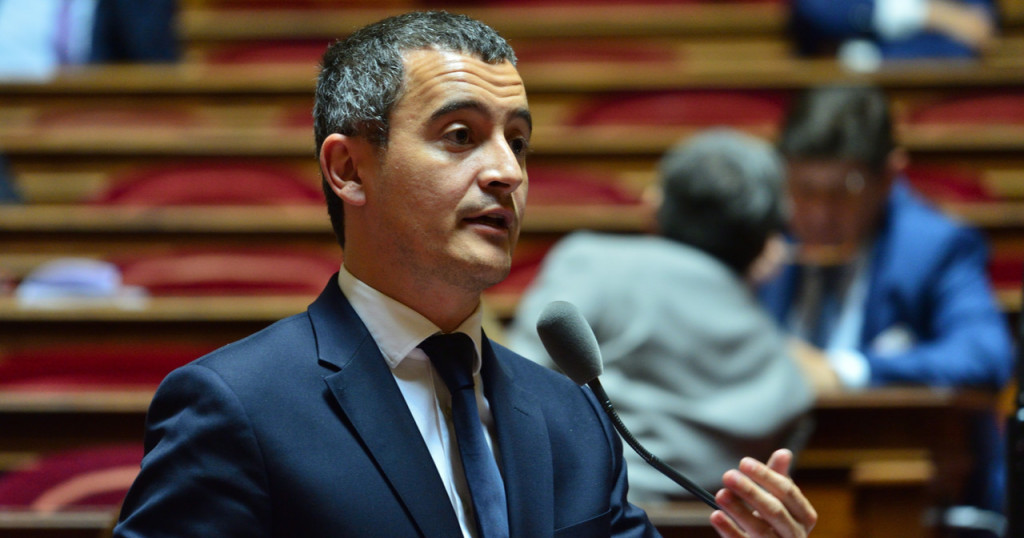 France continues to turn a blind eye to rampant sexual crimes against children, despite the recent release of a damning report against the French Catholic Church. It suggests that the Church was not only covering up crimes, but it was also enabling the abuse of hundreds of thousands of boys and girls since 1950. Instead of taking action against the Church, the country continues to speed up its onslaught against Muslims living in the country. In the latest episode, the French Interior Minister Gerald Darmanin has announced the forced closure of the Coordination against Racism and Islamophobia in France (CRI). The Lyon-based organisation was the last surviving entity to be taking the fight against Islamophobia in a staunchly secular country that hosts the largest Muslim population in Europe. [1]

In a social media post on the Twitter platform, Darmanin made the following statement, which included a four-page decree detailing the reasons behind the shutdown:

“The association ‘Coordination against racism and Islamophobia’ was dissolved by the Council of Ministers, in accordance with the instructions of the President of the Republic. As detailed in the decree I presented, it called for hatred, violence, and discrimination.” [1]

In the decree, Darmanin claimed that the CRI must be closed, since it:

“…actively works, in particular through social networks, to cultivate suspicion of Islamophobia within French society; that to this end, it exploits events that it presents as Islamophobic and uses social networks as a vector of direct communication, its publications aiming to provoke violent reactions and a feeling of revolt among its public; that the frequency and persistence of these communications demonstrate a real strategy of influence in this direction; that as a result of this strategy that these publications generate comments causing violent acts or discrimination, voluntarily maintained online by the leaders of the association; these hateful comments should be taken as endorsed by it.” [2]

The founder and president of the CRI, Abdelaziz Chaambi, stated to the broadcaster France3 that the government had acted in an “opportunistic” manner during the pre-election period.

Chaambi suggested the following as being a reasonable explanation for the French government’s actions:

“The LREM [La République En Marche!] party is weak, and Darmanin seeks to solicit the extreme right. We understand who he is addressing, he shows the true face of this government.” [2]

The CRI president further clarified and defended the nature of the organisation by adding:

“We claim our right to freedom of expression and thought. We are independent, and we say what we have to say, even if it is not politically correct.” [2]

Chaambi has expressed his intent to take the closure of the CRI “until the European Court of justice, if necessary”. [2]

The Comité Justice & Libertés Pour Tous (The Justice & Liberties For All Committee, or CJL) is a French organisation that works towards the defence of human rights and civil liberties, in addition to tackling racism, repression, and police brutality. It has expressed its disappointment at the latest development from Darmanin. In a short statement, the organisation said:

“The last organization fighting against Islamophobia in France has just been shutdown. This is another brutal act of repression against Muslims under the Macron government and his so-called war against the separatist hoax. French civil society is at a crossroads.” [3]

The right-wing central government of the French Republic has been espousing increasingly anti-Muslim rhetoric in the past few years. French President Emmanuel Macron has earned himself a reputation for inflaming tensions with the French Muslim community. He even infamously claimed last October that “Islam is a religion which is experiencing a crisis today, all over the world”. [4]

Furthermore, last November Macron’s administration took another dramatic step, this time against the officially recognised interlocutor for the Muslim community and the Élysée Palace. It forced the Conseil Français du Culte Musulman (French Council of the Muslim Faith or CFCM) to implement a “Charter of Principles” in an apparent attempt to stop ‘political Islam’ from running riot. [5]

Dr Salman Butt, the Chief Editor of Islam21c, made the following observations shortly after the French government’s attempts to water down the CFCM:

“In order to score a few cheap political points the French government are appearing to unweave even the façade of tolerant values of the French Revolution, which were at least paid lip service to among nations claiming to be democratic and free.

“French minorities are treated like laboratory animals for testing increasingly repressive secularist experiments; secularism being now clearly for everyone to see an imposition of White western-Christian norms under the name of neutrality.

“Minorities across the rest of the western world need to pay close attention to the all-too-easy decent into totalitarianism and legalised white supremacy if we fail to act now to strengthen our civil societies against such transgressions of people’s God-given rights.” [6]

While the French government has been busy haranguing the Muslim community, leaders, and masājid across the country, nothing has been done to tackle the scourge of paedophilia that has swept the French Catholic Church off its feet. The French government’s lack of political action against the Church is most concerning, even after a damning report was released on October 5. Indeed, Macron has said or done very little to allay concerns that such abuse will not go unpunished, let alone be stamped out. The indifference of the government in comparison to its repeated attacks on the Muslims of France could not be more telling. Some may rightfully argue that the country is yet to free itself from its deep rooted colonial-era Islamophobia. [7]

In addition, just one year ago Abdelaziz Chaambi said to the Turkish broadcaster TRT World:

“France has had a hostile attitude towards Muslims and Islam since the first headscarf cases started in France in 1989.” [8]

“2004 was the opening of the Pandora Box when Islamophobia became a legal form of discrimination and not just an opinion.” [8]

Louati has previously argued that the French approach to Islam today is a reflection and result of the country’s Algerian expedition.

In light of the ban on face veils in France (and elsewhere in Europe), this propaganda poster from French Algeria (dated 1960) says a lot about the imperialist / colonial origins of these views. #colonialism #outremer pic.twitter.com/eycnaq3lGN

Macron: ‘Islam is a religion that is in crisis all over the world today’