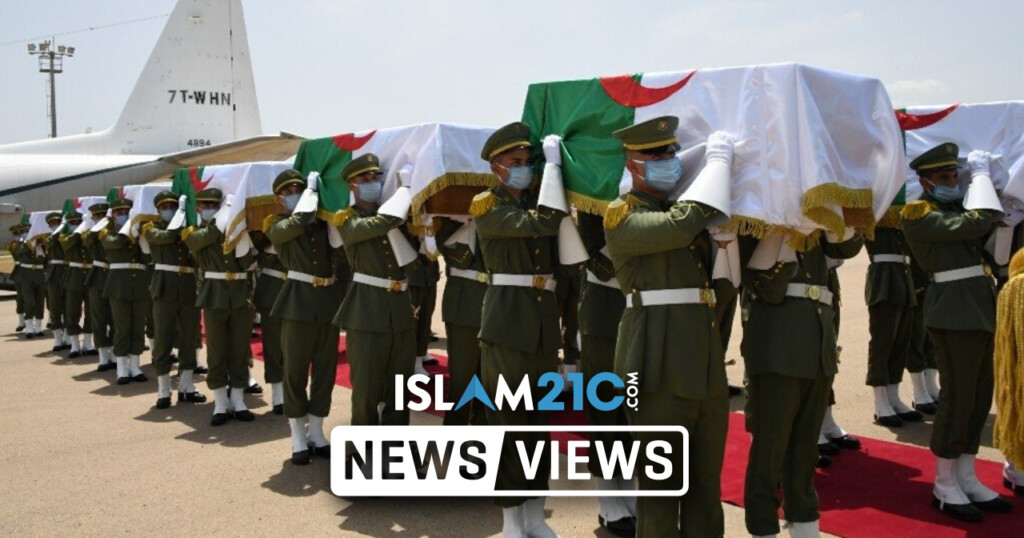 At a time where the death of George Floyd has prompted a global discussion about the legacy of colonialism, France has finally returned the skulls of 24 Algerian resistance fighters who were decapitated during the French colonial empire’s conquest of Algeria.

171 years after their martyrdom in the battle of Zaatasha in 1849, the skulls of the martyrs return to Algeria tomorrow. During all this period they were held by the French criminals and exposed in Paris with no regard to human dignity. pic.twitter.com/hgri7bjM9g

The 24 fighters were part of a revolt in 1849 against the French colonial forces that occupied the North African country in 1830. After they were decapitated, their heads were transported to Europe as war trophies by French colonial officers. The skulls had been kept in “vulgar cardboard boxes that resemble shoe boxes” at the National Museum of Natural History in Paris.

Years later in 2011, Algerian historian and researcher Ali Farid Belkadi discovered the skulls at a museum near the Eiffel Tower and alerted Algerian authorities. Belkadi, as well as other Algerian and French historians and intellectuals, had been campaigning for years for the skulls to be returned, with an official repatriation request made by Algeria’s then-President Abdelaziz Bouteflika in 2018, together with a request for the handover of colonial archives that has also been withheld.

French President Emmanuel Macron had agreed to the request in 2018, but the move was delayed by bureaucratic obstacles.

Algerian President Abdelmadjid Tebboune, who was seen in tears, announced the move at a military ceremony on Thursday. President Tebboune said, “Within a few hours, Algerian military planes will fly in from France … with the remains of 24 [members] of the popular resistance”.[1]

President Tebboune added that fighters of the resistance movement, some of whom the remains had belonged to, “had been deprived of their natural and human right to be buried for more than 170 years”.[2]

Among those in the collection were the remains of resistance figures dating back to the famous Battle of Zaatcha in 1849, in which over 1,000 people were massacred. The skulls include those of Sheikh Bouziane, who led the resistance during the Zaatcha siege, and Mohamed Ben Allel Ben Mbarek, the lieutenant of the national resistance figure Emir Abdelkader.

Algerian Army Chief of Staff, Said Chengriha, said in a speech on Friday that “Algeria is living a special day today.”

“The valiant resistance fighters who refused the colonisation of their country by Imperial France were displayed immorally for decades, like vulgar objects of antiquity, without respect for their dignity, their memory. That is the monstrous face of colonisation.”[3]

Meanwhile, President Macron described the French colonisation of Algeria as a “crime against humanity”, and in December 2019 said “colonialism was a grave mistake”. He has additionally expressed his keenness for improved French-Algerian relations going forward, despite historical enmities and tragedies.

Historians welcomed the return of the remains, but historian Mohamed El Korso said the Algerian people had “recovered part of our memory”, with other parts of Algeria’s history still in French hands.

“But the fight must continue, until the recovery of all the remains of the resistance fighters, which number in the hundreds, and the archives of our revolution.”

I see a lot of articles say "24 skulls", they were 24 people each with their own story, I've listed 3 names below, if anyone has the full list of 24 that were killed and put on display like a trophy by the French please list them below, it is important we document our history https://t.co/x16bIHpfvO

The remains of these resistance fighters will be on public display at the Palace of Culture in Algiers today, and will later be buried in a special funeral east of the capital tomorrow, on the 5th of July, marking the 58th anniversary of Algeria’s independence from France.