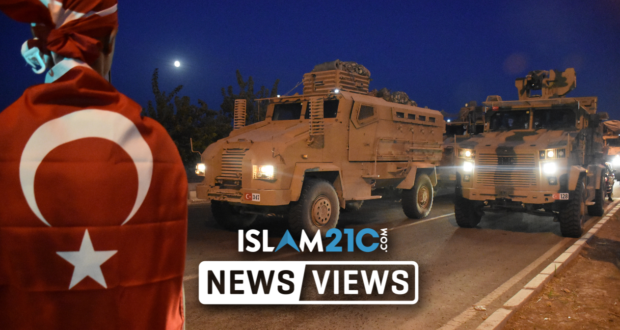 France has announced that it has suspended weapons exports to Turkey due to its military operation in northeast Syria.

The foreign and defence ministries issued a joint statement in which it claimed that Turkey’s move threatened European security.

“In expectation of the end of this offensive, France has decided to suspend all plans to export to Turkey weapons that could be used in this offensive. This decision is with immediate effect,”

The statement further added that the foreign ministers of the European Union would organise their position on the matter in a meeting on Monday.

President Recep Tayyip Erdogan has said that the operation aims to remove PKK-linked militias from its border in order to create a “safe zone” so that Syrian refugees can return to safely to their country.

Turkey plans to resettle around 2 million Syrian refugees in the 30-km-wide (19-mi) safe zone to be set up in Syria, stretching from the Euphrates River to the Iraqi border, including Manbij. However, the presence of terror groups such as the PKK, PYD, and YPG risk its formation.

Turkey’s move came just a few days after the United States pulled out its troops from northern Syria. This essentially left the United States main ally in the region, the Syrian Democratic Forces (SDF) without any military support.