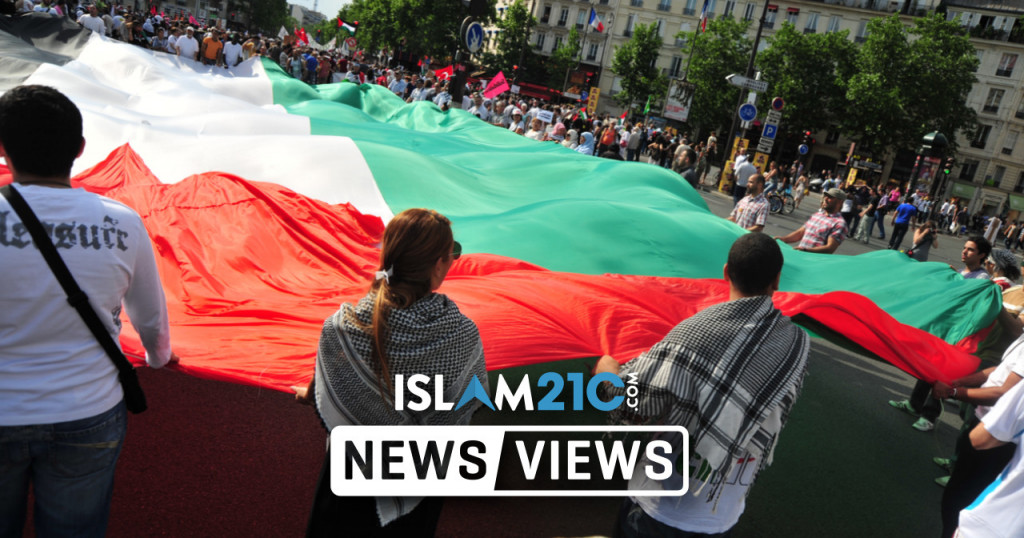 Late last week, the French Interior Minister Gérald Dermanin asked the Parisian Police to ban pro-Palestinian protests which were due to be held this weekend against the Israeli air strikes on Gaza that have killed at least 145 Palestinians, including 41 children.[1]

“I have asked the Paris police chief to ban the protests on Saturday linked to the recent tensions in the Middle East.”

Dermanin’s instruction to the Parisian Police was challenged by French politicians, including Elsa Faucillon, a Member of the National Assembly, who tweeted in reply:

“Demonstrating is a right that you should be the guarantor of, and in this case, given the silence of our country on the reasons for the attacks, it even seems a duty to me!”

French Journalist Sihame Assbague commented that one of the decisions to ban the pro-Palestine protest was because “there is French colonial solidarity with the Israeli occupation forces.”[2]

Despite the ban and prospect of arrest, protestors marched through the streets of the French capital in solidarity with the plight of the Palestinian people. French riot police responded to the peaceful protests by firing tear gas and water cannons at the protestors.

A game of cat and mouse ensued between the police and protestors through the streets of Paris. Thousands of peaceful protests were held in support of Palestine in other cities in France.[3]

The French protestors were joined by an estimated 150,000 British protestors who filled the streets of London and across the United Kingdom in solidarity with the Palestinian people who withstand daily aggressions and nightly air strikes.

Husam Zomlot, head of the Palestinian mission to the United Kingdom, has been lauded for speaking so eloquently in defence of his people, said to the crowd gathered in London:

“This time is different … This time we will not be denied any more. We are united. We have had enough of oppression.”[4]

Other European cities, including The Hague, Berlin, and Brussels, also held protests in solidarity with the Palestinian people. Protestors in Madrid were heard shouting in Spanish: “This is not a war, this is genocide!”[5]