Further divisions in the White House 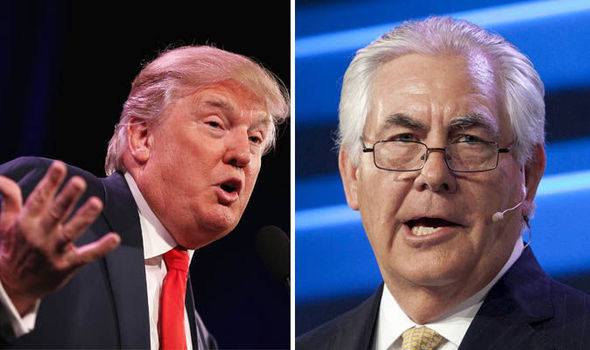 It has only been 7 months since Donald Trump was inaugurated as the President of the United States of America, but, the controversies surrounding him and his administration have not ceased to attract negative attention worldwide and the mainstream media. Having lost many of those who supported him and those whom he supported, and the idea of an impeachment often commented about in the media, Trump said to be ‘seemingly standing battered’.

Recently, in such spat, Secretary of State Rex Tillerson – who had previously refused to accept Trump’s contradictory stance during the Qatar-Gulf crisis – indicated that President Donald Trump’s values should be considered separate from America’s values when it comes to race, appearing to repudiate the president’s response to violence at a white supremacist march in Virginia. Though, neither the American values, nor that of of the American President are known to be formally defined, this recent desperate attempt to resurrect public opinion of the current US administration might come as a sign of slight relief to some of those who were severely wounded by – what seemed to be – support for the White supremacists from the Commander in chief of the United States of America.

Trump’s statement condemning the “egregious display of hatred, bigotry and violence, on many sides” in Charlottesville drew criticism that he was morally equating neo-Nazis with the individuals protesting against them.

Appearing on “Fox News Sunday,” – an American TV network that Trump is said to be a fan of – Tillerson said the nation’s commitment to fighting racial injustice was unquestioned, despite America’s long history that might prove otherwise.

When asked about Trump’s values, Tillerson said “the president speaks for himself”, which seemed to question the idea of a leader who is supposed to represent those who elected him.

Tillerson was the second White House official in recent days to appear to more explicitly criticize Trump, among a list of others who were either sacked or had resigned within the short span of this administration which is criticised to be behaving more like a monarchy and aiming to accumulate wealth for businesses of family members.

Trump’s response to the Charlottesville violence earlier this month also prompted a rebuke from a top United Nations body on racial discrimination, which urged the United States to “unequivocally and unconditionally” reject racist hate speech and crimes after the rally in Virginia and called on Trump to take the lead.

Tillerson previously condemned hate speech and bigotry more broadly as un-American and antithetical to the values on which the U.S. was founded and promotes abroad.