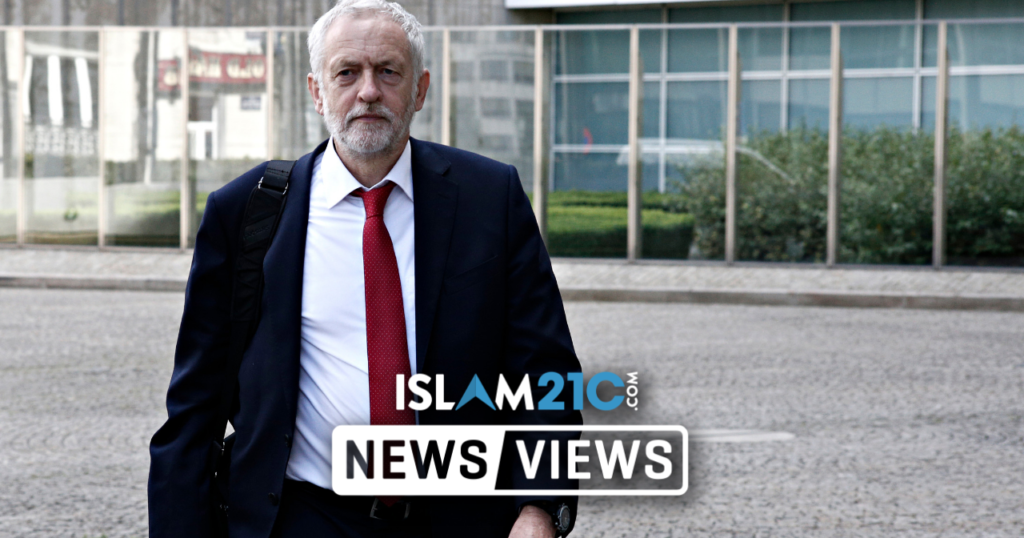 A Sky News investigation into political interference has found that Hindu nationalists are working hard to undermine the Labour party and influence the outcome of the upcoming UK general elections. They report that over 20 different messages have been seen on WhatsApp groups, that include comments such as:[1]

“Pass this to every TRUE Indian”

“The Labour Party is now the mouthpiece for the Pakistani Government”

“No self-respecting Hindu should ever vote for the Labour Party. FULL STOP.”

The campaign comes shortly after PM Modi’s nationalist government illegally revoked Kashmiri autonomy and implemented a communications blackout and curfew in the region – affecting over 8 million Kashmiris who already live in the most militarised zone in the world.[2]

After initial worldwide condemnation, PM Modi has quietly been cosying up with like-minded world leaders in the UAE, USA and elsewhere. His supporters in the UK are generally known to back Boris Johnson’s Conservative Party, particularly given their muted response to the atrocities in Kashmir.

Conversely, at the Labour Party Conference in September this year, an emergency motion was passed demanding the restoration of human rights in the region and Labour leader Jeremy Corbyn called for existing UN resolutions on the matter to be implemented.[3]

India has had a history of fake news spreading wildly, particularly via WhatsApp and Facebook, resulting in several innocent people being attacked and even killed by angry mobs.[4] The problem was particularly evident during the Indian elections in April 2019, in which the right-wing Hindu nationalist BJP secured victory.

During that election campaign, several media organisations reported on how WhatsApp had “become a vehicle for misinformation and propaganda”,[5] as a “rising tide of nationalism became the driving force of spreading fake news”.[6] It was noted that the support networks of the right-wing PM Modi were flooded with such stories as their campaigners were far more organised than the opposition support in this so-called initiative.[7]

Outside of social media, it was widely reported how local Indian media overwhelmingly stuck to the Government’s script when reporting the Kashmiri crisis, with many Indian celebrities joining in on praising Modi’s illegal actions, which was seen to be patriotic whilst questioning his actions seen as the opposite. Attempts to challenge the fake-news pro-BJP narrative has seen journalists jailed in large volumes,[8] and just today – one British journalist was stripped of his “Overseas Citizenship of India”, seemingly for criticising PM Modi.[9]

Whilst the issue of fake news spreading on WhatsApp was previously a foreign concern (with regard to election campaigns), there is now evidence that those who share the BJP’s right-wing anti-Muslim ideology are deploying the very same tactics in the UK, ahead of December’s general elections. This includes, according to the investigation, Sushil Dokwal, who stood as a Tory councillor in 2018. He forwarded a message to the local party’s WhatsApp group saying:

“Sadiq Khan and Corbin [sic] are against Jews, Hindus and following hidden agenda of jehadis. Conservatives should unite to take back Britain from Corbin, sadiq”.[10]

It appears that an underlying cause of the campaign is Hindu nationalist grievances over the Labour Party speaking against the dominant Indian narrative on their crimes in Kashmir, with one suggesting Labour “blindly supported Pakistan’s propaganda against the issue of Article 370 in Kashmir which is India’s internal matter.”[11]

One pro-India activist, Rashmi Mishra, who is present in many of these groups, laughably explained to Sky News that “You are not supposed to interfere in Indian matters and the narrative of India and Kashmir has been changed, because it is filled by people of Pakistan origin.” She went on to praise Katie Hopkins for her support of Modi’s actions.[12]

Reacting to the news, ethnically-Indian Labour MP, Tan Singh Dhesi – who famously called out Boris Johnson for his racism and Islamophobia, tweeted: [13]

I urge my Hindu and Sikh British compatriots: don’t fall for the divisive tactics of religious hardliners, trying to wedge apart our cohesive community, circulating lies on WhatsApp. They won’t silence the likes of me, who will speak up for human rights. https://t.co/VMfARdv20W

In related news, Sky News also reported that a group known as the Overseas Friends of BJP (“OFBJP”) are actively targeting 48 marginal seats in the upcoming elections, where they believe the Hindu vote will secure victory for the Tories.[14] The OFBJP failed to answer if they were being funded by the Hindu fundamentalist BJP. The group’s president told The Times of India:

“If the entire Indian community in the UK votes Tory, we will see a swing of around 40 seats to the Tories. This will swing the actual election result.”

Right-wing inspired campaigns such as these highlight the necessity and importance of all making their vote count this December.