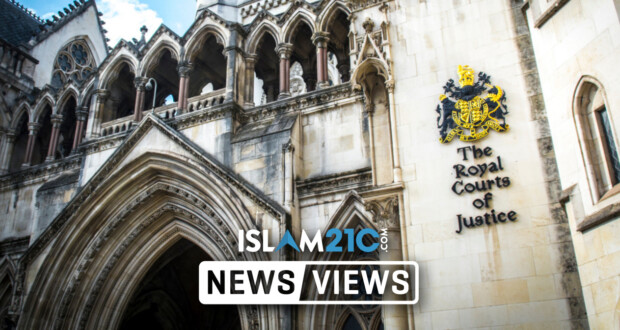 A parliamentary revolt from different political parties in the UK has led to Uyghur Muslims being given the right to petition a High Court judge to declare that genocide is taking place in parts of China against Muslim minorities.[1]

The proposal brought forward by MPs and peers is thought to be of great concern in the UK Government, as pressure from human rights campaigners may cause judges to curtail trade relations with China and effectively throw relations between the two countries into turmoil.

The move would allow human rights campaigners to seek redress in UK courts for cases of alleged genocide. This unprecedented move would be steering away from the current channels of the issue being dealt with at the UN, where war crime perpetrators have often been spared of punishment due to deep-rooted political divisions.

Former cabinet minister Iain Duncan Smith is believed to be leading the proposal but has broad cross-party support.

“The government has still not got it on human rights in China. If an African country was doing what China is doing, ministers would be all over it, but because of China’s size and influence at the UN, it runs away. It is time we stood up against the abuses underway within China.”

The UK pro-Uyghur alliance within Parliament is proposing that no trade bill regulations are allowed to come into effect if a High Court judge makes an initial determination that a party to the relevant trade agreement is committing genocide.

While an amendment to the trade bill is to be passed in the House of Lords, Duncan Smith has said he would pick up the issue in the House of Commons. He expects the backing of an array of peers – some 40 Tory rebels – in addition to the crossbench human rights campaigner David Alton, Andrew Adonis (the former head of the No 10 Policy Unit under Tony Blair), and the Liberal Democrats, which would be enough to defeat the Government.

The new clause to add a High Court judge to make a pre-determination on genocide was tabled this past weekend and is expected to be voted on by peers this month.

UK ministerial rhetoric has been increasingly critical of Chinese repression against Muslims in the Xinjiang region at the UN Human Rights Council.

China’s Xinjiang region is home to some 10 million Uyghurs. The Turkic Muslim group (which accounts for roughly 45% of the region’s total population) has long accused the Chinese authorities of political, economic, and cultural discrimination.

Over the last two years, China has subjected the region to increasingly draconian restrictions, including banning men from growing beards and women from wearing veils. China has also introduced what many note as the world’s most extensive electronic surveillance program, according to reports from The Wall Street Journal.

Last Friday, the human rights minister Lord Ahmad called for international observers to be given unrestricted access to Xinjiang, saying there was “compelling evidence including from the Chinese government’s own documents of gross human rights abuses”.