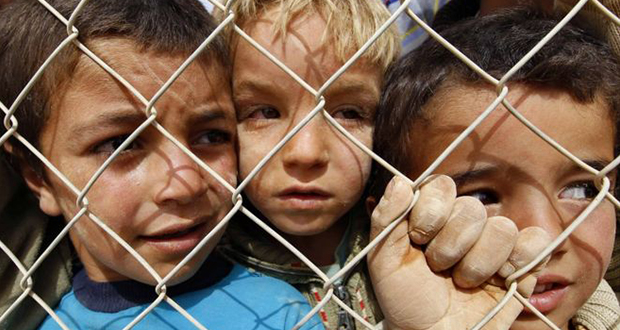 The German government has reportedly begun evicting Afghan refugees in order to accommodate Ukrainians fleeing the war in Ukraine.

Hundreds of Afghan refugees have been evicted from temporary government housing in Berlin to make way for Ukrainian refugees. The government said the evictions were taking place as Afghan families had overstayed their short-term accommodation.

The city’s Senate Department for Integration, Labor and Social Services said it was operationally necessary to remove the Afghan refugees and their families and that there was no alternative to accommodate both Ukrainians and Afghans.

“We regret that this caused additional hardships to the Afghan families and that the affected people had to move out of their familiar surroundings, and now possibly have to keep up with their social connections with great difficulty,” [1] the department said in a statement.

According to the Berlin Refugee Council, however, many of these families had resided in these government-provided housing facilities for years and they had become their homes after fleeing the US-led invasion and occupation of Afghanistan, of which Germany was a significant contributor.

“Few people’s living conditions improved, but most were afraid to speak up, afraid it could impact their immigration status. The last months showed that different treatment of refugees is possible, and this needs to be systematically anchored in our society” [1] Alaows added.

The recent move by the German government highlights what many call hypocrisy and double standards shown in the West’s reaction to the war in Ukraine and in their treatment of Ukrainian refugees compared to their counterparts from Africa and Asia, the latter of whom tend to be direct victims of western aggression and predatory policies.

The war in Ukraine has received a disproportionate amount of media attention when compared to the recent wars in Syria, Yemen and Palestine.

Additionally, Russian atrocities in Ukraine have been uniformly condemned by the international community with no time being wasted in sanctions and embargoes being implemented against Moscow.

However, when Russia committed the same, if not worse, atrocities in Syria during the bloody revolution, the international community deliberated on their response and no actions were taken against Putin’s regime.

In recent weeks, Israeli Occupation Forces have violently attacked unarmed Palestinian worshippers engaged in worship at the Al-Aqsa Mosque in the holy month of Ramadan. These attacks were unprovoked and resulted in the injuries of many innocent people, yet the response from international leaders was negligible with no condemnations let alone sanctions or embargoes.

In the UK, the government has introduced a fast track scheme exclusively for Ukrainian refugees in which they can reside in the home of a British citizen and receive the same residential rights as a citizen.

Newly arrived refugees from Africa and Asia, however, will be forcefully shipped off to Rwanda according to the Home Secretary’s plans.[2]