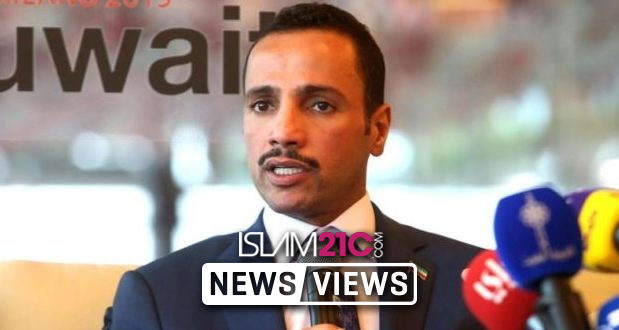 “Get out Murderers of Children” – Kuwait Parliament expels Israeli Delegation

Kuwait’s parliament speaker Marzouq al-Ghanem expelled the Israeli delegation who was taking part in the meetings of the International Parliament Union in Russia, in protest against the speech of a member of parliament during the meeting.

Al-Ghanim launched a sharp attack on the Israeli delegation at the conference saying,

“What Israel is practicing is state terrorism, and the saying: If you do not feel shame then do as you please, applies to this usurper.”

He went on to address the Israeli delegation:

“O occupier of the usurper, carry your bags and get out of the hall after you have seen the reaction of the noble parliaments of the world. Get out of the hall if you have an atom of dignity. O Occupier and murderers of children.”

“In the name of the House of Representatives, I expressed my admiration for the position of the Speaker of the Kuwaiti National Assembly, who expelled the Israeli Knesset representative from the International Parliament Conference”

The head of the delegation of the Palestinian National Council to the conference, Azzam al-Ahmad, praised al-Ghanem pointing out that his words expressed the conscience of all Arab peoples.

It is noteworthy that Lebanon participates in the work of the conference of the 137th Inter-Parliamentary Union held in the Russian city of St Petersburg, with a delegation headed by MP Ali Bazzi.