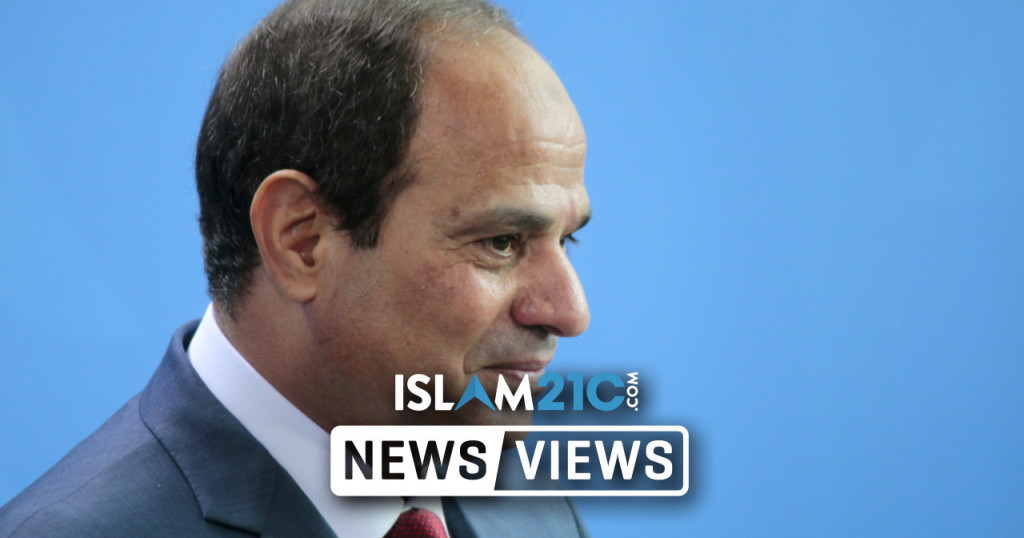 Egypt’s top court of appeal recently upheld death sentences for twelve senior members and leaders of the Muslim Brotherhood, in a case colloquially referred to as the “Rabaa sit-in dispersal”. The case has widely been seen as politically motivated and damningly dismissed as “grossly unfair” by the human rights advocacy group Amnesty International. In response to the planned execution of these dozen members, US campaigners, exiled Egyptian politicians, and members of the Freedom and Justice Party (represented by UK law firm, Bindmans LLP) have all urged the EU, UN, AC (African Commission on Human and Peoples’ Rights), and the US to intervene. [1] [2]

It is feared that these men – including the likes of Abdel-Rahman el-Bar, one of the Brotherhood’s top Islamic scholars, and Mohamed al-Beltagy, a former Member of Parliament and current general secretary of the Freedom and Justice Party – will be put to death in the foreseeable future. This is likely to occur unless international pressure is levied on the Egyptian government, which is headed by the authoritarian ruler Abdul Fattah al-Sisi.

The Egyptian National Action Group (ENAG), one of the main bodies calling for intervention against the executions, comprises of a number of expatriate Egyptians who envisage the overthrow of al-Sisi’s military dictatorship. Recently, the group has written urgent letters to UN Secretary-General Antonio Guterres, High Representative of the Union for Foreign Affairs and Security Policy (HR/VP) Josep Borrell, and US Secretary of State Antony Blinken, calling on the trio to promptly intervene in the case.

The letter, which is believed to have been co-signed by Nour and the former Egyptian investment minister, Yehia Hamed, contains the following plea:

“It is your moral duty to use of your influence as the European Union’s High Representative to prevent [President Abdel Fattah] el-Sisi’s regime from using the death penalty and life imprisonment against political dissidents.” [2]

In addition to the ENAG request for support from the UN, EU, and US, members of the Muslim Brotherhood have received assistance from their Freedom and Justice Party (FJP) counterparts to deliver a letter to the African Commission on Human and Peoples’ Rights (ACHPR). The purpose of this letter is to convince the human rights body to enforce its jurisdiction over Egypt as a member of the African Union, of which the ACHPR is a component quasi-judicial body. [3]

The FJP’s legal letter is addressed to ACHPR chairperson Solomon Ayele Dersso, and is signed by Tayab Ali, the internationally respected solicitor and partner at Bindmans LLP. It invokes the African Charter when requesting the organisation to take action in preventing the planned executions from going ahead.

The letter describes numerous legal inconsistencies found in the trials of the Brotherhood members:

“Despite challenges to the convictions and sentences of the individuals as unsafe due to the severe violations to international standards on fundamental fair trial and due process rights, including the rights set out in Article 7 of the African Charter, the death penalties of the 12 individuals named above have been confirmed by the Court of Cassation (Egypt’s highest court).” [3]

The letter further explains why urgent intervention is needed:

“It is submitted that the 12 individuals are at risk of imminent execution, and therefore irreparable violation to their fundamental right to life and to human dignity, and that urgent action by the African Commission is required to avoid irreparable harm to the individuals’ rights. The immediacy of this risk is demonstrated by the escalated rate at which Egypt has carried out executions with reports that in October and November 2020 alone the Egyptian authorities doubled the number of executions recorded in all of 2019. Human rights organisations have expressed equal concern about the rise in executions carried out in 2021 including of individuals who were subjected to unfair trials.” [3]

ENAG, which has called upon the US, EU, and UN for their support in halting the imminent executions, was founded two years ago by the Egyptian former Member of Parliament, Ayman Nour.

Nour came to international prominence in 2005, after attempting to challenge former Egyptian President Hosni Mubarak in that year’s presidential elections. He was arrested shortly after announcing his candidacy, and the former US Secretary of State Condoleezza Rice dramatically postponed her planned visit to the country in an act of protest against the Egyptian authorities. Nour was reportedly maltreated during his interrogation and time in custody. He was later handed in 2005 a five-year jail term.

“The United States is deeply troubled by the conviction today of Egyptian politician Ayman Nour by an Egyptian court. The conviction of Mr. Nour, the runner-up in Egypt’s 2005 presidential elections, calls into question Egypt’s commitment to democracy, freedom, and the rule of law. We are also disturbed by reports that Mr Nour’s health has seriously declined due to the hunger strike on which he has embarked in protest of the conditions of his trial and detention. The United States calls upon the Egyptian government to act under the laws of Egypt in the spirit of its professed desire for increased political openness and dialogue within Egyptian society, and out of humanitarian concern, to release Mr Nour from detention.” [4]

The Muslim Brotherhood (al-Ikhwān ul-Muslimīn) is the political group which is being targeted in these planned executions. It was founded in 1928 by the primary school teacher Hassan al-Banna. He formed the organisation just four years after the dissolution of the Ottoman Caliphate, in a spirited attempt to challenge the varying ideologies that had been injected and implemented in various Muslim lands. He sought to rejuvenate in the minds of Muslims the importance of religious unity and cooperation, so that there could be a reestablishment of Islam and the caliphate.

In 2012, the late Dr Mohamed Morsi (raḥimahu Allāh) – a strong supporter of the Brotherhood – won presidential elections with a resounding 51% of votes. Only a year later, he was deposed in a military coup that ultimately saw then-Commander-in-Chief of the Armed Forces Abdel Fattah al-Sisi installed as the country’s next president. The dictator al-Sisi remains in power in 2021, having been re-elected to office after he ‘won’ 97% of the vote in a supposedly free round of elections held three years ago. The 2018 results were in fact deemed “farcical” by 14 credible human rights organisations. [5] [6]