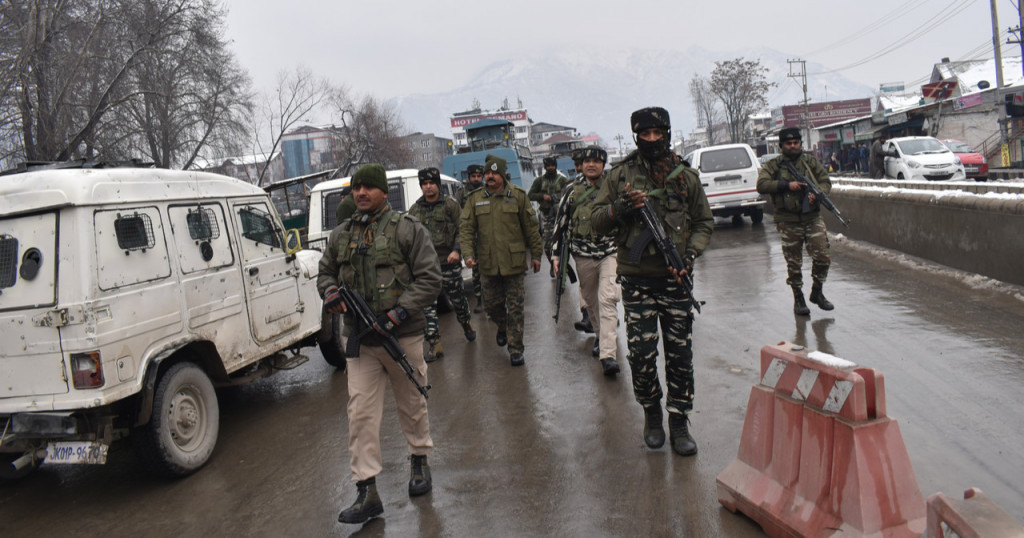 The prominent Kashmiri human rights campaigner and Bharatiya Janata Party (BJP) critic Khurram Parvez has been arrested on phoney terrorism charges. The latest development comes after India’s National Investigation Agency (NIA) made claims of “conspiracy” and “terror-funding” against the Srinagar-based activist. Parvez’s Monday arrest has caused global consternation, as he is being held under a draconian anti-terror law that makes it extremely difficult to seek bail. The UN has decried the NIA’s move as “disturbing”, whilst the World Organisation Against Torture (OMCT) has said it is “deeply concerned about the high risk of torture while in custody”. [1] [2] [3]

44-year-old Khurram Parvez is the Chairman of the Philippines-based Asian Federation Against Involuntary Disappearances (AFAD), in addition to Program Coordinator at the Jammu Kashmir Coalition of Civil Society (JKCCS). He was detained by NIA officers following raids at his home and office in Kashmir; a number of his personal belongings – including a laptop, mobile phone, and books – have been seized by the authorities. The human rights advocate is being held under a piece of anti-terrorism legislation that dates back to 1967 – the Unlawful Activities (Prevention) Act (UAPA). [2] [4] Parvez is a vocal opponent of the BJP, which is led by Prime Minister and staunch Hindu ultranationalist Narendra Modi. Over the years, the JKCCS has released a number of scathing reports documenting human rights violations in Kashmir, with Parvez’s arrest coming at a time of renewed tensions in the region. This follows the deaths of four men on Monday; the family members of the dead have accused police of using the four individuals as “human shields” in staged gunfights. [5]

The UN’s Special Rapporteur on Human Rights Defenders Mary Lawlor defended Parvez in a social media post, which was published shortly after the news of his detention. In addition, David Kaye, a former UN Special Rapporteur, said that Parvez’s arrest under terrorism charges was “yet another extraordinary abuse in Kashmir”. [6]

I’m hearing disturbing reports that Khurram Parvez was arrested today in Kashmir & is at risk of being charged by authorities in #India with terrorism-related crimes. He’s not a terrorist, he’s a Human Rights Defender @mujmash @RaftoFoundation @GargiRawat @NihaMasih pic.twitter.com/9dmZOrSwMY

Unfortunately, Parvez is no stranger to arbitrary arrest and harassment by the Indian authorities. Indeed, in September 2016, he was due to speak at the UN’s 33rd Human Rights Council Session regarding the Indian government and military’s then ongoing atrocities perpetrated against Kashmiri Muslims. However, on 14 September, whilst at Delhi’s Indira Gandhi International Airport, Parvez was dramatically prevented from boarding a plane that was destined for Geneva, Switzerland. This was despite the fact that his boarding pass had already been stamped, in addition to being in possession of a valid passport, visa, and letter of invitation from the UN. [7] Parvez told The Indian Express following the airport ordeal that he was “only orally informed that immigration officers had instructions that he was not to be arrested, but that he should not be allowed to leave the country”. [8]

In addition, he told the paper:

“At around 1.30 am, as I was about to board my flight to Geneva, I was stopped at immigration and detained for one-and-a-half hours. The officer had stamped my boarding pass but they subsequently disallowed me to proceed to board the flight.’’ [8]

According to lawyer and JKCCS president Parvez Imroz, Khurram Parvez was informally told by officials that the Intelligence Bureau – India’s domestic intelligence service – had ordered agents to prevent his departure from the country. A statement released by the JKCCS at the time said:

“[Parvez] is not being allowed to travel because he has been highlighting violations of human rights. Preventing him from travelling is an attempt to criminalize the human rights campaign and documentation work which JKCCS has been involved in for the last several years.” [8]

To make matters worse, a day and 500 miles later, he was arrested by Indian officials at his Srinagar home. Moreover, on 16 September 2016, Parvez was detained without charge. Shortly afterwards, on 21 September, he was taken into custody under the highly controversial Jammu and Kashmir Public Safety Act of 1978. The rights activist was held for 76 days before a Kashmiri court ordered his release. Between July 2016 and February 2017, the Indian federal government cracked down hard on Kashmiri Muslims and inflicted casualties totalling in excess of 90 deaths and 15,000 injured. [9] [10]

The veteran Kashmiri Muslim human rights campaigner Khurram Parvez is partially disabled. He lost a leg when a landmine exploded while he was en route to monitor the 2004 parliamentary elections in northern Kashmir. Parvez’s colleague, a reporter named Asiya Jeelani, was killed in the blast. [11]

Families of the disappeared across the world are commemorating today as the International Day of the Disappeared with hope amidst hopelessness that their struggle will lead them one day to the truth about their disappeared loved ones & that justice will not remain always elusive.