Hezbollah is a ‘Terrorist Organisation’ and ‘Nasrallah’ is a Killer, says Mohammad Nourizad 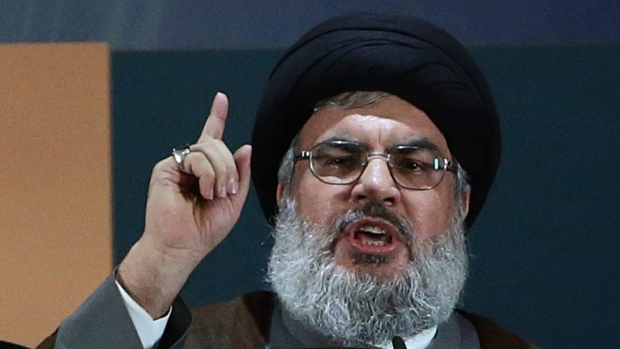 Lebanese militia ‘Hezbollah’ are terrorists and its leader Hassan Nasrallah is a killer according to the renowned Iranian activist and former journalist for the Daily Kayhan, Mohammad Nourizad.[1]

Nourizad, who is known for his daring critique of Iran’s Supreme Leader Ali Khamenei added that “any young Iranian woman forced into prostitution is in fact the result of the copious amounts of money that Tehran sends to Hezbollah militias in order to kill Syrians.”

Responding to a question on Iran’s “Khasht Khaam” YouTube series surrounding his evidence that Iran is complicit in forming terrorist groups such as ISIS he replied: “before the Iranian Revolution there were never wars between Sunnis and Shi’ites, tell me of a single place in the region that Iran is not involved in (now).”

Nourizad has been under heavy pressure from Iranian security following his sharp criticism levelled at the Iranian Revolutionary Guard and the Supreme Leader, claiming that Khamenei “incites his neighbours towards war and hate.”

Thousands of Hezbollah fighters have supported Bashar al Assad’s crackdown on opposition and have been accused of harrowing war crimes against its civilian population. According to a recent report by Al-Youm newspaper on April 25th, Iran has transferred some $600 million of aid, almost completely in hard cash to the militia.

Editor
HEZBOLLAH IRAN ISIS NASRALLAH SYRIA
Share. Facebook Twitter LinkedIn Email Telegram WhatsApp
Previous ArticleMacron beats Le Pen – but is French Fascism and Islamophobia on the rise?
Next Article Erdogan: “We will not allow the Adhan to be stopped in Al-Aqsa!”