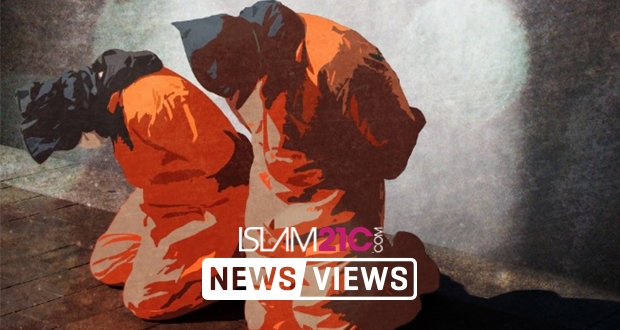 The American Civil Liberties Union (ACLU) today announced a settlement in a landmark lawsuit against two psychologists behind a CIA torture programme.[1]

A trial before a jury was scheduled to begin on 5 September, despite multiple attempts to have the case dismissed by the defendants.

The ACLU brought the lawsuit on behalf of Suleiman Abdullah Salim, Mohamed Ahmed Ben Soud, and the family of Gul Rahman, who froze to death in a secret CIA prison. The men were “tortured and experimented on” using torture methods developed by the psychologists, James Mitchell and John “Bruce” Jessen, contracted by the CIA.

This is the first such case to succeed to a settlement stage, and the details of the settlement agreement are confidential. In the past, all attempts at holding people accountable for CIA torture programmes have been dismissed at early stages by the US government’s Justice Department arguing that legal cases would lead to “state secrets” being revealed.

“This is a historic victory for our clients and the rule of law […] This outcome shows that there are consequences for torture and that survivors can and will hold those responsible for torture accountable. It is a clear warning for anyone who thinks they can torture with impunity.”

In a joint statement, the plaintiffs said:

“We brought this case seeking accountability and to help ensure that no one else has to endure torture and abuse, and we feel that we have achieved our goals […] We were able to tell the world about horrific torture, the CIA had to release secret records, and the psychologists and high-level CIA officials were forced to answer our lawyers’ questions. It has been a long, difficult road, but we are very pleased with the results.”

“Government officials and contractors are on notice that they cannot hide from accountability for torture […] Our clients’ groundbreaking case has changed the legal landscape. It showed that the courts are fully capable of handling lawsuits involving abuses committed in the name of national security.”

The full details of the case have been published on the ACLU’s website.[2]