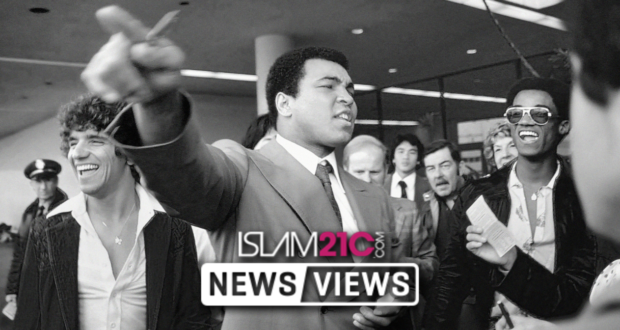 Home of Muhammad Ali to be turned into Muslim summer school

The home of boxing legend Muhammad Ali (rahimahullāh) is to be converted to a summer school for Muslim youth after a Turkish foundation purchased the property.

The Turken Foundation purchased the property which spans 328 decares of land in Michigan, US.

“We immediately thought of purchasing it when we saw it was up for sale. Ali spent the last two decades of his life here. What motivated us in this acquisition is that it was near Chicago where a large Muslim community lives and this was a place where we preserve Ali’s memory.”

“This will also be a chance for students to be inspired by Ali’s life philosophy and work for success. It will obviously be beneficial to the Muslim community in the United States to use this property for this specific purpose.”

As well as using the property for a summer school for Muslim residents, Ali’s former home will also be open for Muslims coming into the United States to study.

The legendary champion bought the house in the mid-1970s and would take time out of the ring to relax. In addition to his four-bedroom house, the estate includes several other buildings such as the gym with a boxing ring, a swimming pool and a basketball court.

According to Turan, the Foundation’s work to build the summer school will be supported by the Muhammad Ali Museum and the family of Ali as well.

Formally known as Cassius Clay, Muhammad Ali joined the Nation of Islam in the 1960s before embracing Islam and becoming a Muslim in 1975. He was a world heavyweight champion and held the title on a record three separate occasions and his fights are known to be the greatest in the sport.

Ali, however, was known for more than just being a boxer. His personality, charisma and character inspired millions of people and continue to do so today and his fight for civil rights and social justice outside the ring made him a global icon.

The heavyweight champion passed away in June 2016 at the age of 74.

The Jihad of Muhammad Ali