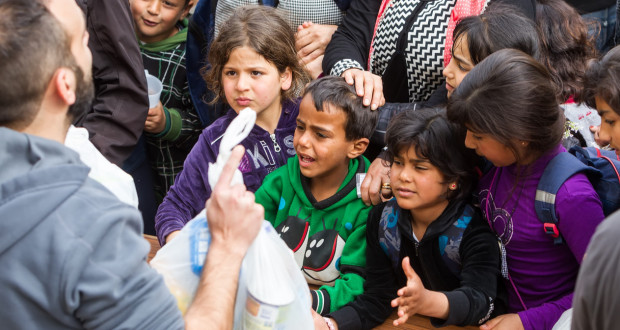 The UK’s charities watchdog known as the Charity Commission announced on Thursday the unceremonious end to over two years of investigation into the British Muslim charitable organisation Human Aid. The latter was accused of unsatisfactory governance and shortcomings on the part of its trustees in fulfilling their duties and responsibilities. An announcement on the independent regulator’s website was released without any fanfare. In conclusion to the inquiry, no further action is set to be taken against Human Aid. [1]

“…we are pleased that the Charity Commission has concluded with no further action against Human Aid.” – Nur Choudhury, Chair

In a press release, the charitable organisation – which is also known by its abbreviated form, HAUK (Human Aid UK) – welcomed the clearance of any wrongdoing. The exoneration came only after years of “incriminating language”, following the “heavy-handed seizure by police of charitable funds destined for Gaza”. [2]

“Human Aid UK welcomes the closure of a long drawn out inquiry after the publication of the Charity Commission Inquiry report today, which concluded that no further action will be taken against the charity. This vindicates a number of claims that Human Aid UK made over the past two years asserting that the Commission was being excessive in its approach and effectively acting as an extension of police and security services harassment policy.” [2]

The charity further criticised the police service for their wasteful use of public taxpayer funds, as well as for robbing the organisation of “valuable time and resources that would have been better spent delivering life-saving assistance in Syria, Gaza, and Yemen”. [2]

On 2 August 2019, the regulator launched an inquiry into the Whitechapel-based Human Aid. Just a month before this date, Metropolitan Police Service (MPS) officers stationed at Heathrow airport stopped and searched the charity’s director of operations as well as two volunteers, all of whom were set to deliver much needed aid money to Gazans. After much questioning, cash donations totalling roughly 9,774 dollars and 9,200 pounds were impounded by the police, under section 294 of the 2002 Proceeds of Crime Act. This money was not returned to Human Aid until May 2020. Despite the funds subsequently being returned to the charity, the Commission took a further year to complete its investigation.

At the time of the return of the aid money, Chairman Nur Choudhury optimistically said:

“Human Aid UK has worked hard to pursue the funds entrusted to it and we are pleased to have finally retrieved the donations after 10 months. We can now take steps to make sure the funds reach the besieged people of Gaza.

“Now that all public funds seized have finally been returned, we need to question the basis of the statutory inquiry launched at the time. The people of Gaza were deprived of this life saving charitable contribution whilst hundreds of hours of police time and charity time was wasted.” [3]

Choudhury also added at the time:

“Moreover, the Charity Commission took the very serious step of initiating a statutory inquiry into Human Aid mainly on the basis of the seizure. We will be writing to the Commission seeking answers and hope that this inquiry, which has already lasted more than 10 months, can now be brought to a close.” [3]

Human Aid is an established UK-based charity, with offices in Manchester and London. It was first registered with the Charity Commission in September 2010, and is one of countless British Muslim organisations that provide much needed support to countries such as Palestine, war-torn Afghanistan, and targeted communities such as the persecuted Rohingya of Myanmar and Uyghurs in East Turkestan. Furthermore, the charity provided urgent aid to those impacted by the devastation in Lebanon following the August 2020 ammonium nitrate explosion at the Port of Beirut.

While welcoming the closure of the “wasteful” inquiry on Thursday, Choudhury noted that the process had considerably hampered the charity’s ability to continue providing aid to those in need:

“After over two years of investigation, which has consumed resources that would have been better used to assist the needy in Syria, Gaza and Yemen, we are pleased that the Charity Commission has concluded with no further action against Human Aid UK. The Charity can now focus single mindedly on serving its many beneficiaries around the world.” [2]

Choudhury, however, further added that the news was bittersweet. This was due to the perceived Islamophobia that Human Aid and other Muslim charities had experienced in recent years.

“Despite this, the report is a bitter pill to swallow, since it includes unnecessarily incriminating language that we feel is defamatory and inaccurate, and which casts undue suspicion on us and Muslim charities in general, putting us in a position where we must spend extra energy dispelling unwarranted assumptions.

“When we compare the language and format of the Commission’s report into much more serious allegations against Oxfam for example, we do feel that there is evidence of a problem of bias and Islamophobia at the Commission. We hope that this report opens dialogue into these problems, and that the Commission finally agree to our request for a meeting with them and other Muslim charities to solve this pressing issue.” [2]

The 2019 statutory inquiry into Human Aid was regrettably not the first. In 2014, the Charity Commission launched an investigation into the finance and governance structures of the organisation. However, findings from this inquiry were relatively minor. In fact, the report’s conclusion stated that “there was no evidence of misapplication of charity funds”. [4]

Such inquiries were found to be part of a wider clampdown on Muslim-led organisations. In November 2014 a shocking study undertaken by the Guardian found that more than 20 out of 76 live Charity Commission investigations at the time were focused on Muslim charities. These Muslim-led initiatives were connected to various masājid and were noted for providing humanitarian relief to people directly impacted by the conflict in Syria. This was done by providing vital supplies to the victims of its ongoing civil war. [5]

It is arguably no coincidence that the tenure of Sir William Shawcross as chair of the Charity Commission – which notably is a non-ministerial government department – coincided with a period of what appears to be targeted investigations against Islamic charitable groups. Certainly, the Islamophobic Shawcross was most inflammatory and discriminatory towards Muslims in his role as chairman, where he was expected to convey impartiality and even-handedness in regulating the approximately 160,000 charities registered in the UK. [6] [7]

In addition to being a notorious anti-Muslim writer and broadcaster, Shawcross was also the director of the Henry Jackson Society, a neoconservative think tank. He once outrageously stated in 2012:

“Europe and Islam is one of the greatest, most terrifying problems of our future. I think all European countries have vastly, very quickly growing Islamic populations.” [8]

Human Aid has also criticised the Charity Commission for failing to entertain concerns of “institutional bias”. This charge comes after the likes of Oxfam were mired in a hugely scandalous sexual misconduct case, which was investigated and dealt with in a far more nuanced manner. The scale of Oxfam’s misconduct case is unprecedented; indeed, the British government again suspended aid funding for Oxfam in April 2021. This came a mere month after the charity was given permission to reapply for funds following a three-year ban, as a result of evidence of sexual exploitation by staff in Haiti. [9] [10]

As observed in its October 7 press release, Human Aid rightfully questioned why it was engaged with in such a harsh way:

“The institutional bias of the Charity Commission report into Human Aid UK is evident when compared to the report into the serious allegations of sexual misconduct at Oxfam a non-Muslim charity, which was completed in less time, and which resulted in a carefully worded 143-page report.

“This should be compared with the 10-page report into Human Aid UK that features defamatory terms such as “irresponsible and reckless” and “serious disregard”, despite the conclusion of no further action taken against Human Aid UK.” [2]