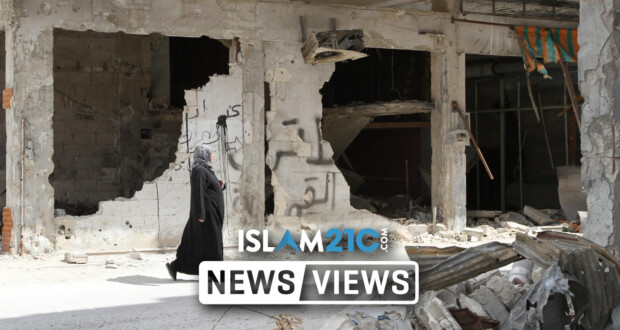 Nearly 100,000 Syrians have been forcibly disappeared between March 2011 and August 2020, according to a human rights watchdog.

In total, 99,479 Syrians are still missing since the start of the civil war back in 2011. Syria’s eight-year civil war was born out of peaceful protests by Syrian civilians for reforms and changes in the Syrian regime. The latter’s response was one of violence and brutality, which forced the people to take up arms in defence.

According to a report published by the Syrian Network for Human Rights (SNHR), the majority of the missing people were known to have been abducted by the criminal Assad regime.

The report stated that a total of 84,371 people have been forcibly disappeared by Assad’s forces, including 1,738 children and 4,982 women. Since the disappearance of these victims, their families have received no news, according to the report, which was published on the International Day of the Victims of Enforced Disappearances.

In addition, the report states that 8,648 individuals, including 319 children and 225 women, were abducted by the self-proclaimed ISIS.

The tyrannical Assad regime is said to have tortured around 1.2 million Syrians detained during the civil war, the majority of whom are still being held at unknown locations, according to a previous report from the group.

Opposition sources suggest that around half a million Syrians are still being detained in regime dungeons and interrogation centres.

Several witnesses describe the torture carried out by Assad’s forces, including beatings, sexual assaults, mock executions, and the use of electricity and car battery acid.

More than 500,000 people have been killed in the violence stemming from the civil war, with many more being displaced. The Syrian regime, with backing and support from its allies in Russia and Iran, has been able to militarily defeat opposition and rebel fighters, regaining territory that had been lost in previous years.

As the world battles the growing COVID-19 pandemic, Syrians continue to battle against the deadly virus that is the criminal Assad regime and its allies. The harrowing stories and images show that the catastrophic butchery of the Syrian people continues to take place nine years later. The brutality of the Assad regime and its allies continues to spread in Syria like the COVID-19 pandemic, which has viciously spread across the world.

We must not forget the suffering that our brothers and sisters are continuing to endure around the world in places such as Syria. May Allāh (subḥānahu wa taʿālā) have mercy on those who have passed away. May He ease the suffering of the people of Syria and bring an end to the brutal Assad regime. Āmīn.

2020-08-31
News Editor
Previous: Metaphors we live by
Next: Public consultation on removing monuments linked to slavery

Apple lobbies against bill to stop forced labour by China