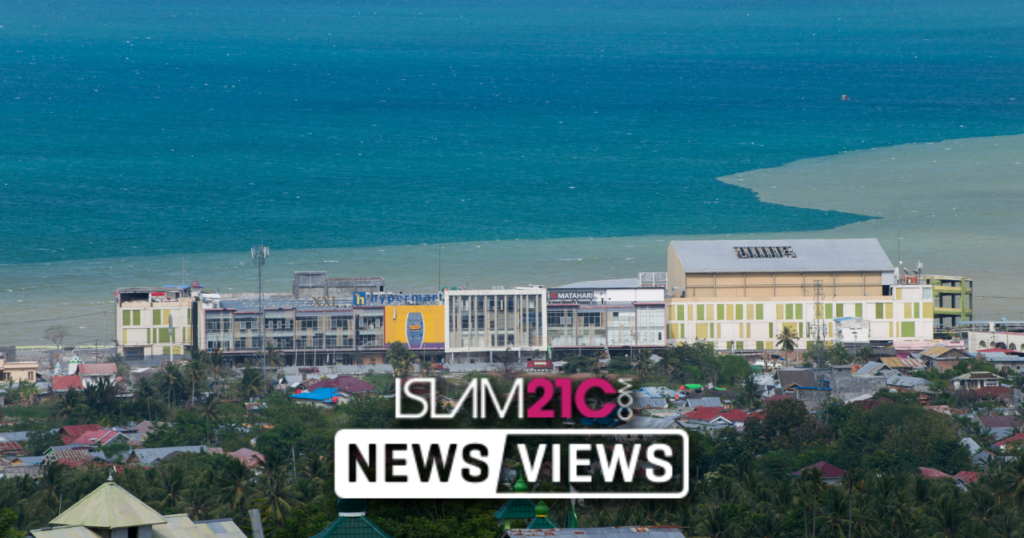 Jaw-dropping footage has emerged of a tsunami which struck Indonesia’s coastal tourist destinations on Saturday at 21:30 local time (14:30 GMT). Footage being shared on social media shows the very moment revellers at a concert for a popular Indonesian rock band were struck by the deadly wall of water.

NEW: Video shows a tsunami crashing into a venue in Indonesia where the band Seventeen was performing https://t.co/4P9zDCRkKC pic.twitter.com/q9RYOaPTt8

At least 281 people have died so far, with more than 1,016 injured, although these figures are likely to rise. The tsunami is said to have been triggered by landslides caused by an underground volcanic eruption. The volcano is called Anak Krakatoa.[1]

An alternative theory, which may be supported by satellite imagery suggests that part of the volcano may have collapsed into the sea, thereby causing waves to surge ahead of it. However, the reality is that without warning the colossal waves struck at night destroying hundreds of buildings.

As reported in the Guardian, Ben van der Pluijm, an earthquake geologist and a professor in the University of Michigan, said the tsunami may have been caused by a partial collapse of Anak Krakatau. He said:

“Instability of the slope of an active volcano can create a rock slide that moves a large volume of water, creating local tsunami waves that can be very powerful. This is like suddenly dropping a bag of sand in a tub filled with water.” [2]

Whilst rescue efforts have started, these are being hampered by debris from houses, upturned cars and fallen trees blocking roads. However, the Indonesia disaster mitigation agency has said in order to support the rescue effort it is using heavy equipment to assist in moving the debris. [3]

Horrific first-hand accounts have been published by the survivors. A crew member of the Indonesian band, Zac, posted on Instagram that he only survived by holding on to part of the stage and “in the final seconds (underwater) I almost ran out of breath.” [4]

In another account, from shop owner Rudi Herdiansyah, he said that the beach was very quiet when he suddenly heard something “very loud from the sea.” The shop keeper then described how his shop was hit by the devastating waves and that he was dragged away by the powerful waves. Rudi survived and said:

Indonesia is no stranger to tragic Tsunamis as it sits on what is known as a “Ring of Fire”.[6] In 2004, on Boxing day, a series of Tsunamis struck Indonesia in which an estimated 227,898 died, with Banda Aceh reporting the largest number of victims. The underwater earthquake measured between 9.1 and 9.3 Mw, the third largest ever recorded.

Residents near the Anak Krakatau volcano have today been warned to keep clear from beaches due to fears this could trigger another tsunami.