Hundreds Storm al-Aqsa after Trump Swayed at the Buraq Wall 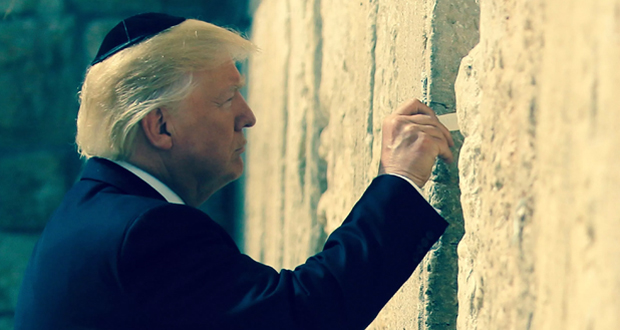 Hundreds of hard-line Israeli extremists infiltrated Masjid Al-Aqsa on Wednesday morning, marking 50 years since the occupation of Jerusalem by Zionist forces. This comes alongside a sharp rise in the number of illegal excursions with impunity.

According to the Department of Islamic Endowments in Jerusalem, 700 settlers intruded into al-Aqsa since the morning, heavily protected by Israeli police. The statement added that “the settlers carried out a number of provocations inside the courtyard of Al-Aqsa Mosque and during their departure through al-Silsilah Gate.” The intrusions usually take place through the western Bab al-Maghariba gate, leading to the Mosque and usually guarded by Israeli police.

The Department, belonging to the Jordanian Ministry of Endowments added that the hardliners entered in groups of 50 and that they continued well into the early afternoon prayer, and two hours afterwards. Extremists had rallied sympathisers to this incursion to mark 50 years since East Jerusalem was invaded by Zionist forces in 1967, according to the Hebrew calendar. Ahead of the Jewish celebration of ‘Passover’, a number of Zionist organisations incited more and more such incursions, instructing participants to offer sacrificial animals near the Umayyad palaces, adjacent to the al-Aqsa Mosque, an area formally administered by the Jordanian Islamic Endowments Ministry.[1]

In other parts of Jerusalem, Zionist settlers organised parades, musical shows and ceremonies in celebration what was dubbed the 50th anniversary of ’Jerusalem’s Reunification’. Crowds were address by both President Reuven Rivlin and Prime Minister Benjamin Netanyahu whilst Donald Trump made an appearance on Monday to become “the first sitting president to visit the Western Wall.”[2] Here, Trump swayed in front of the Western Wall, standing in Palestine’s Old City, within what is internationally recognised as illegally occupied Jerusalem, before inserting a folded note into one of its crevices.[3]

It is specifically at this wall that the most praised human being in history, the Prophet Muhammad (salla Allāhu ʿalayhi wasalam) according to Islam tied his Burāq on the miraculous Night Journey, before leading all of the Prophets of Allāh in prayer and ascending to the heavens. The event, which symbolises the Prophet’s standing amidst the nations of the world and in succession his followers, is what eternally entrenches all corners of al-Aqsa and its radiant nostalgia, regardless of race, in the hearts of Muslims.