#STAND4UYGHURS
Home / News / “I thought Muslims wanted to take over. But then…” 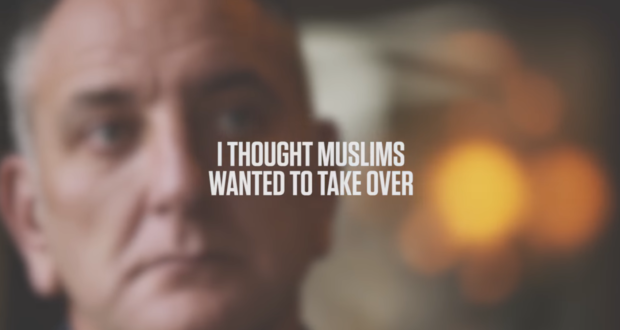 “I thought Muslims wanted to take over. But then…”

Are Muslims taking over the UK? This former member of the EDL thought so, until something remarkable happened.

A former member of the far right English Defence League explains the poisonous worldview he used to have, drip-fed Islamophobic myths and narratives by the British press. The thing which broke down his Islamophobia was the one thing that has done so for 1,400 years: actually meeting a Muslim.

Click to watch and learn of one way that every Muslim is able to change hearts and minds—by the permission of Allāh—of those who have been indoctrinated against Islam and Muslims by establishment Islamophobia and systemic racism.