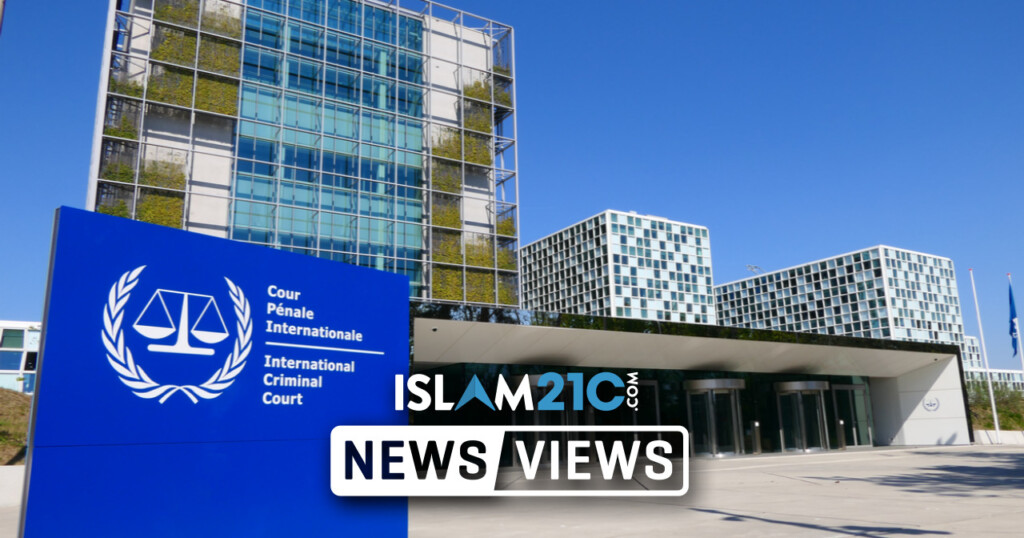 Nearing six years since Palestine formally joined the International Criminal Court (ICC) [1], close to five years after “a painstaking preliminary examination” of the situation in occupied Palestine [2], and a month after ICC decided in a February decision that it has jurisdiction over the occupied Palestinian territories [3], the Court has launched an investigation into alleged Israeli war crimes in the occupied territories. The enquiry will assess possible war crimes committed in the past seven years by the Zionist state of ‘Israel’.

The chief prosecutor of the ICC, Fatou Bensouda, said on Wednesday:

“Today, I confirm the initiation … of an investigation respecting the Situation in Palestine. The investigation will cover crimes within the jurisdiction of the Court that are alleged to have been committed in the Situation since 13 June 2014, the date to which reference is made in the Referral of the Situation to my Office.” [2]

The beginning of the investigation into war crimes marks a significant juncture in Palestine’s journey to bringing Israeli atrocities to light, and to seeking justice for the same, after the ICC deliberated over and confirmed that it has jurisdiction over the occupied Palestinian territories in February earlier this year.

“Today, 5 February 2021, Pre-Trial Chamber I of the International Criminal Court (“ICC” or “Court”) decided, by majority, that the Court’s territorial jurisdiction in the Situation in Palestine, a State party to the ICC Rome Statute, extends to the territories occupied by Israel since 1967, namely Gaza and the West Bank, including East Jerusalem.” [4]

The Palestinian Authority’s Foreign Ministry welcomed the decision by Bensouda, saying it was “a long-awaited step that serves Palestine’s tireless pursuit of justice and accountability, which are indispensable pillars of the peace the Palestinian people seek and deserve…” [5]

The Israeli Prime Minister, Benjamin Netanyahu, could not hide his outrage at the ICC decision:

“The decision of the international court to open an investigation against Israel today for war crimes is absurd. It’s undiluted antisemitism and the height of hypocrisy.”

However, the United States – Israel’s chief ally – expressed its strong opposition to the move, with US Secretary of State Anthony Blinken remarking that the country “firmly opposes and is deeply disappointed” in the ICC’s decision to begin an investigation into alleged Israeli war crimes. [7]

Illustrating the fact of the matter that the Biden administration, although initially appearing to prefer a more balanced touch with regards to ‘Israel’ and Palestine really has zero interest in supporting the Palestinian cause, Blinken went further by strongly retorting:

“The Palestinians do not qualify as a sovereign state and therefore, are not qualified to obtain membership as a state in, participate as a state in, or delegate jurisdiction to the ICC…” [7]

Blinken naturally overlooked the reality of the situation, which is that Palestine was granted an upgrade in rank from ‘observer entity’ to ‘non-member observer’ status by the UN in November 2012 – essentially an acknowledgment of sovereignty.

As United Nations General Assembly resolution 67/19 states, the Assembly reaffirms “its resolution 58/292 of 6 May 2004 affirming, inter alia, that the status of the Palestinian territory occupied since 1967, including East Jerusalem, remains one of military occupation and that, in accordance with international law and relevant United Nations resolutions, the Palestinian people have the right to self-determination and to sovereignty over their territory…” [8]

The move by the US to vehemently oppose the ICC’s claim to jurisdiction over the occupied Palestinian territories is the second time in as many years that it has done so. On 5th March 2020, the ICC authorised an investigation into potential war crimes committed by the US during the Afghanistan war. [9]

Then-President Donald Trump was furious at the ICC’s decision, and the White House Press Secretary said that the US “has repeatedly rejected the International Criminal Court’s assertions of jurisdiction over United States personnel”. In addition, the Trump administration slapped sanctions on ICC staff, with then-Secretary of State Mike Pompeo saying, “we cannot allow ICC officials and their families to come to the United States to shop and travel and otherwise enjoy American freedoms as these same officials seek to prosecute the defender of those very freedoms.” [10]

Today, the US continues to gloss over the fact that the ICC legitimately claims authority and jurisdiction in investigating war crimes instigated by all parties in areas under enquiry. The US ignores the fact that this includes Taliban fighters in Afghanistan and defence forces in Palestine.

The US also brushes over the fact that it is not necessarily required for the ICC to have been ‘accepted’ by ‘Israel’ in order for it to have jurisdiction, as the Rome Statute – which is the very foundation of the ICC – confirms that it has universal jurisdiction where a state ratifies the Statute. Thus, because Palestine and Afghanistan have both approved the treaty, the ICC can investigate crimes against humanity even without the approval of the US. [11]

However, as always, it is one rule for the US and another for the rest of the world.