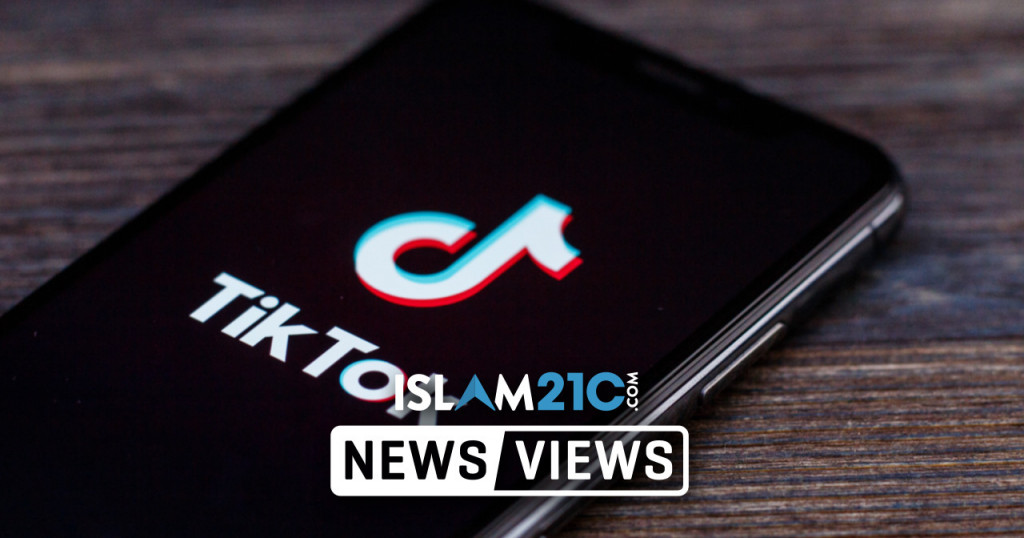 The Israeli military is facing renewed criticism for its unrelenting attempts at normalising its atrocities, with the latest episode pertaining to its exploitation of social media as a propaganda tool. Evidently, the apartheid regime is committed to depicting itself as being a peaceful nation with a clean human rights record. It would like to hide the fact that it is the sole occupier of 60 percent of the Palestinian West Bank, and a brutal administrator of a further 22 percent with the Palestinian Authority’s cooperation. [1] [2]

The latest propaganda attempt revolves around the Chinese social media platform TikTok, which launched in 2016 and boasts of close to 700 million users worldwide. On this platform, the Israel Defense Forces (IDF) have created a prominent profile account under the handle @idf. After releasing close to a hundred videos during the last year, the page has been able to garner more than 100,000 followers. In its attempt to welcome the creation of the @idf TikTok account on the parallel social media website Twitter, the IDF immediately faced harsh criticism after making a tasteless bomb joke. [3] [4]

The IDF is officially on @TikTok_us

In terms of user numbers, TikTok surprisingly has the seventh-largest figure when compared to other top social media platforms. It actually outperforms other long-established platforms such as Pinterest, Twitter, and Snapchat. In addition, the IOS and Android application has a strong following amongst young people. However, alongside its huge success, the Chinese video-sharing service has also been criticised recently for instructing its moderators to censor any videos that mention the iconic Tiananmen Square Incident, the hot issue of Tibetan independence, or the banned Falun Gong religious movement. The Guardian exposed the platform in a 2019 piece, which convincingly demonstrates how it is “advancing Chinese foreign policy aims abroad through the app.” [5]

Jumping from one extremist administration to another, the Zionist regime’s May 2021 attacks on the besieged enclave of Gaza caused around 250 deaths, with 66 of these casualties being children. Numerous commercial, residential, and governmental buildings were also levelled during the intense bombardment. The war began after occupation forces arbitrarily raided the holy site of Masjid al-Aqsa during the month of Ramadan. These forces then proceeded to viciously attack Muslim worshippers at Islam’s third-holiest site.

Prior to this recent controversy, the IDF’s social media department had ramped up its online presence. Included in its TikTok posts was a music video showing fighter pilots celebrating the event of Israeli “independence”, with the song Pretty Boy Swag playing in the background. Petty as this tactic is, it is inevitable that the relatively young audience of TikTok will be moved by such videos. It is a pity that the IDF has carte blanche to spread its lies about the ‘Israel’-Palestine situation, especially after considering the fact that the United Nation’s Humanitarian Chief John Holmes had described the Gaza Strip as being an “open-air prison” in 2010. Despite these gross injustices, the Zionist state enjoys a lot of publicity online, whilst many Palestinians are censored by big tech companies such as Twitter and Instagram. The mass censorship of Palestinian voices became shockingly clear after videos documenting the crimes committed in Jerusalem and Gaza during the last conflict were mysteriously deleted.

While the IDF is free to twist public opinion with its lies and deceit, the likes of Facebook and Twitter were inundated with complaints from Palestinians during the May conflict, as a “technical bug” caused many social media posts to be flagged as spam. In their defence, both Twitter and Facebook apologised and addressed the severe complications that had plagued many users and activists.

Twitter issued the following statement, whose transcript was shared with AFP:

“Defending and respecting the voices of the people who use our service is one of our core values at Twitter.

“We use a combination of technology and human review to enforce the Twitter Rules across the service. In this case, our automated systems took enforcement action on a number of accounts in error.” [6]

Furthermore, Instagram attributed the problem to a “technical bug which impacted millions of people’s stories, highlights, and archives globally”, including Palestinians who saw their content ‘disappear’. It issued an apology by releasing the following statement:

“We sincerely apologise for both issues, and to all those, including our Palestinian community, who felt like their ability to have an open discussion around important matters was affected in any way”. [6]

However, despite such apologies being issued by these prominent social media platforms, enough is not being done to counter Israeli efforts at whitewashing the dreadful reality in Palestine. While the IDF uses TikTok to spread its propaganda to the world’s masses, the Gaza Strip has no such resources for presenting its own narratives, which include a decade-long blockade, travel restrictions, constant aerial bombardment at the whim of Zionist military leaders, and a crumbling health system.