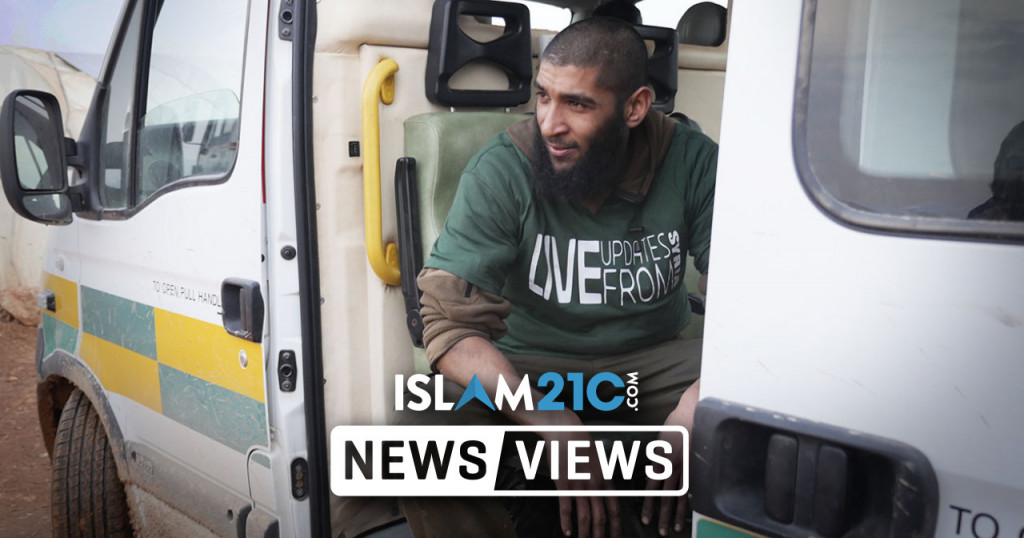 A recent video by aid worker Tox Sharif that has been widely shared on social media has raised some troubling issues about the situation in Idlib province for women refugees.

Together with his wife Racquell Hayden-Best, the British aid worker has spent years raising awareness and countless funds to feed the widows and orphans of Syria. However, Sharif says that “our job here is not just about giving food boxes.”

In the recent video, titled ‘Live updates from Syria’, Sharif, who is visibly distressed by his discovery, describes how men from outside Syria were using apps to sexually exploit vulnerable, desperate, and destitute Syrian women in exchange for cryptocurrency. Women are solicited for sexually explicit messages, voice notes, and even images in exchange for cryptocurrency.

These women, many of whom are mothers who have endured months of starvation for both themselves and their children, are living in makeshift tents in unhygienic and exposed refugee camps, and have to exchange this cryptocurrency for food boxes.

Tox Sharif asks: “How can we allow this to continue while we are alive? My message to every single one of you – what will we say to Allāh (subḥānahū wa ta‘ālā) when that sister stands in front of Allāh on the Day of Judgement and says to Allāh, ‘I was forced, I had no choice but to sell my ‘izzah because no one came, and no one supported, so we had to beg and do the worst of things.’”

Sharif also states that he has noticed an increasing number of widows over the last few months rummaging through rubbish and begging in the streets.

A young and badly burned girl named Kauthar, whose story has touched many across social media, was also referenced in the short video.

The Messenger of Allāh (sall Allāhu ‘alayhi wa sallam) said: “If the people of Shām (Syria and the surrounding areas) are corrupted, then there is no good (remaining) with you.”