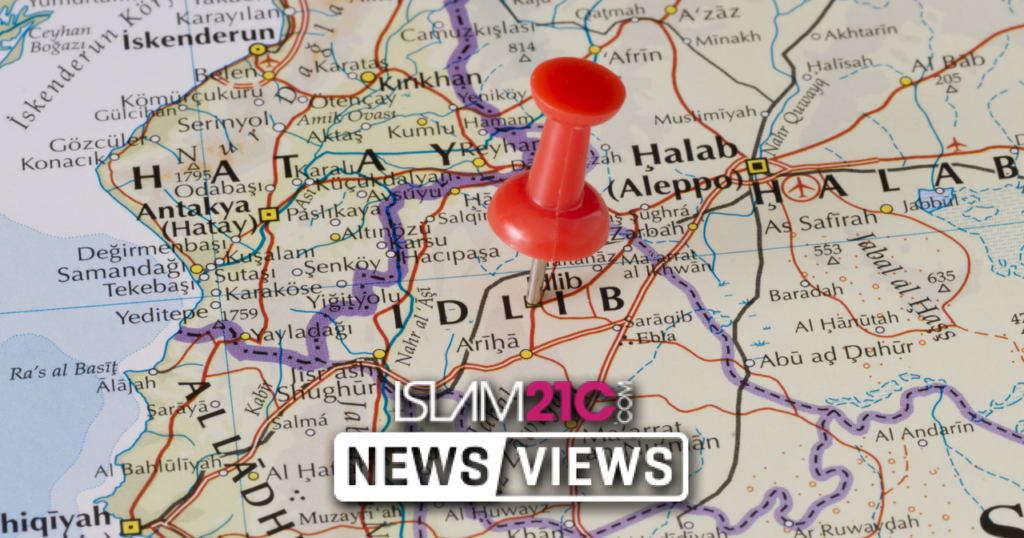 Close to 3 million civilians in Syria’s northern province of Idlib are bracing themselves for another deadly military assault, despite being a so called “de-escalation zone”. Having taken Aleppo, Ghouta and Deraa, the Assad regime, supported by Russia and Iran, are preparing to attack Idlib – the last rebel stronghold.

Turkey’s foreign minister, Mevlüt Çavuşoğlu, warned that any armed action in Idlib, given its high density of civilians would be a “disaster”.[1] Aid agencies have voiced their concerns stating a regime offensive on Idlib would have a “catastrophic” humanitarian impact and cause unprecedented levels of suffering in what has already been one of the most brutal and savage repressions in modern times.[2]

Idlib has been a safe haven for civilians who had been victim to previous regime offensives, most notably Aleppo, Ghouta and Deraa. Around 1.2 million civilian residents of Idlib are internally displaced.

President Erdoğan has accepted 3 million Syrian refugees over the 7-year oppression. However, as the border with Turkey is now closed it is unclear where exactly the potential further 3 million refugees will flee to in the event they are forced to leave.

Some Syrians have said that to surrender would be to betray the blood of 500,000 martyrs. A resident of Idlib, Ahmad Ghajar, said:

“We won’t leave our nation alone again, we will defend our people until the last breath.”[3]

Furthermore, the reported 70,000 fighters also have nowhere else to go and as such Bashar Al-Assad and his supporters may well be surprised by the response to any aggression. [4]

UN Special Envoy Staffan de Mistura has invited Iran, Russia and Turkey to talks on Syria’s Constitutional Committee, to be held in Geneva on September 11-12. The success of any talks is questionable as, despite several such previous meetings, all plans to put an end to the seven-year-old oppression have failed so far. [5]

However, as was hinted at in the Astana talks it may be the objective of the latest regime offensive to take the M5 international highway which dissects Idlib but connects Jordan to Turkey and thereon to Europe.[6]

Despite it being a war crime, activists claim that Russian planes have repeatedly targeted hospitals and doctors in the gruesome crackdown. Local doctors ingeniously created underground and mobile hospitals but these too were bombed. Add to this the use of chemical weapons, and Syria will be recorded in history as the conflict in which all norms of warfare were disregarded whilst the international ‘community’ shamefully turned a blind eye. It appears that Idlib may be the final bloody chapter.