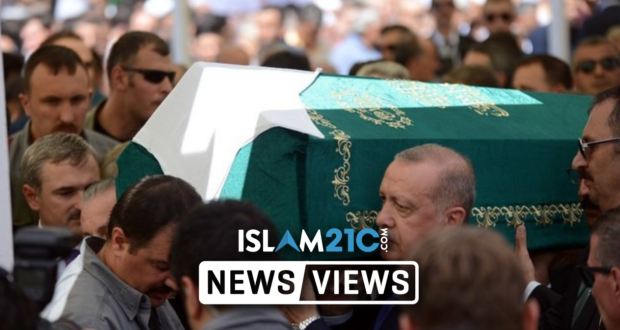 Imprisoned for Hijab: The Story of Şule Yüksel Şenler

Şule Yüksel Şenler was a pioneering woman who popularised hijab in the second part of the 1960s. She was the first to introduce the hijab concept to urban daily life and fought for religious freedom in a chaotic political climate and a staunchly secular Ataturk era.

Despite being accredited as the figure to introduce the headscarf to generations of Muslim women living in Turkey in a time when secularism was heavily promoted, the early years of Şenler’s life painted a different picture.

Born in 1938 to a somewhat secular family, Şenler grew up in Istanbul. She dropped out of school in the 8th grade after her family went bankrupt and her mother fell ill. She then worked as a tailor’s assistant, which would later lead her to design a new headscarf for conservative women. [1]

Whilst still remaining uninterested in the hijab, Şenler turned to writing. Her stories were published in the Yelpaze magazine when she was only 14 years old, and she would later write articles or the Kadin (‘Woman’) newspaper.

It was her brother she later claimed as the reason for her reformation, after he advised her to read “Risale”, a popular book by Said Nursi. The Kurdish Sunni theologian inspired her to become a practicing Muslim, and in 1965, she began wearing the headscarf aged 27.

She became the first veiled journalist in what was at the time a staunchly secularised political climate in Turkey, using her articles and public lectures at conferences around Turkey to inspire Muslim women, many of whom would later take to wearing the headscarf.

Alongside her brother, she published a magazine on headscarf and long coat designs, receiving overwhelming praise and interest among young women who began wearing the headscarf in schools.

Naturally, her activism garnered unwanted attention from the authorities. In 1967, the Turkish Women’s Union filed a lawsuit against her for an article in which she wrote: “It is a must that Muslim women put on their headscarves.”

At a conference in 1971, the then-president of Turkey, Cevdet Sunay, said:

To which Senlar responded in a letter:

“[Sunay] should apologise to Allāh and the nation.”

A warrant was put out for her arrest for seemingly insulting the president, and she was subsequently jailed for eight months. Her imprisonment caused public outcry, after which Sunay was pressured into pardoning her two months into her sentence. She refused amnesty and carried out her whole prison sentence.

After her release, she continued delivering lectures, writing articles, and authoring books for several years as a journalist. She defended and propagated the message of Islam, all whilst battling advanced age and illness.

On the 27th of Dhul Hijjah 1440 (28th August 2019), Şule Yüksel Şenler, aged 81, took her last breath and passed on to meet her Lord. Innā lillāhi wa innā ilayhi rājiʿūn. Indeed, to Allāh we belong, and to Him we are returning.

Following the news of her demise, Nasser Al-Duwailah, a member of the Kuwaiti National Assembly, tweeted:

“The death of the woman who faced the secular Ataturk with her veil and succeeded in imposing her veil on the rule of the cursed military enemies of freedom, democracy and humanity, and deposited by the Turkish Muslim people in all elders and appreciation to her final rest, God rest her soul in peace.” [2]

Many of those in attendance of her funeral included women wearing the headscarf, as they bid farewell to the woman who inspired them through her life of activism.

The President of Turkey, Recep Tayyip Erdoğan, was one of hundreds present at the funeral prayers for Şule Yüksel Şenler. After learning of her passing, he tweeted:

“I learned with great sorrow the passing of Şule Yüksel Şenler, a pioneer in the headscarf struggle, a valuable writer who devoted her life to raising consciousness among the youth. May Allāh bless her soul.” [3] 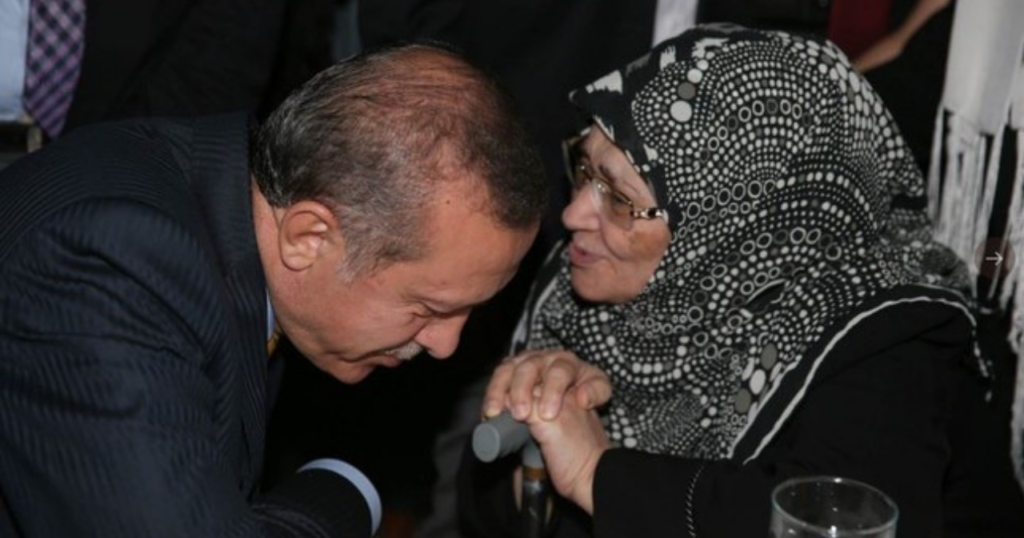 The president also pledged that the Turkish government would set up a library and museum dedicated to Şenler, [4] housing many of her works including but not limited to ‘The Agony of Youth’, ‘Women in Islam and Today’, and ‘Everything for Islam’. [5]

“The life of the distinguished hero of Islam, Şule Yüksel Şenler, follows that of history’s greatest reformers. Şenler lived by a purpose so powerful that she endured being an outcast. She insisted on modesty and purity. She did not succumb to those peddling the secularist narrative and those who dubbed the hijab as an ‘archaic’ custom. Today, she is rightly heralded as a hero. Having worn the hijab in Turkey’s most repressive days, she carried the burden off millions of women both in Turkey and abroad who today wear the hijab in comfort and dignity. The President of her time had Şenler incarcerated. Who would have imagined that, at the height of Turkey’s prosperity, Şenler’s coffin would be carried and honoured by the President of the Republic accompanied by his hijab-wearing wife? Her memory is a lasting testament to those who will be remembered. The memory of the so-called ‘anti-extremist think-tanks’ and anti-Hijab grovellers, on the other hand, will be forgotten.”