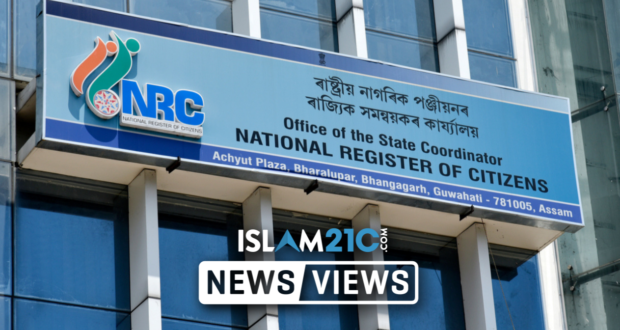 Almost 2 million people have been left off a list of citizens, known as the ‘National Register of Citizens (NRC)’, in India’s north-eastern Assam state, causing concern that they could be made stateless.

According to the Assam government, the published list showed the exclusion of 1.9 million from a total of 31.1 million people.

A snippet from the register said:

The Government justified the undertaking of the task in the north-eastern state of Assam to identify and later deport undocumented immigrants from Bangladesh. However, many have criticised the move as an attempt to deport millions of Muslims who make up a third of the state’s population.

Following the country’s war for independence in 1971, millions of Bangladeshi refugees, both Muslim and Hindu, arrived in India. The exponential increase in refugees entering Assam has ignited resentment against immigrants, with residents accusing outsiders of taking their jobs and land, giving rise to violent anti-immigrant campaigns in the past.

The initial list left out over four million people. One of these citizens is Mijanur Rahman, a 47-year-old farmer. Rahman found himself, his 21-year-old son, and two of his daughters, aged 14 and 16, included in the list. However, his remaining three daughters (all under the age of 10) and his wife were omitted from the list.

“I am really worried. We will see what the government does now. Maybe they will offer some help,” Rahman said.

The tribunals must decide on the cases within six months, and as those excluded have 120 days to prove their citizenship, an additional 200 tribunals are expected to be set up on top of the existing 100 in the state.