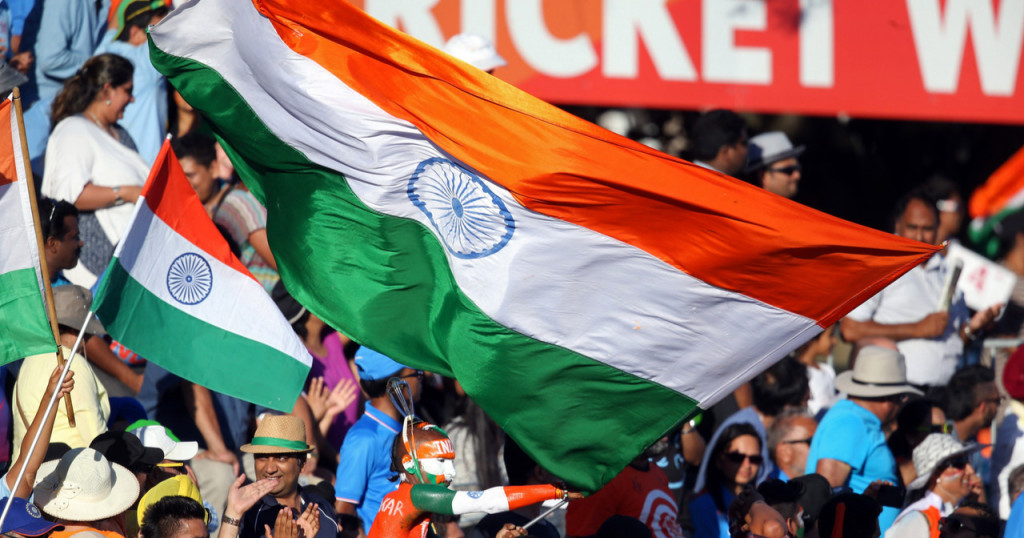 The Chief Minister of India’s state of Uttar Pradesh (UP) has caused consternation and alarm after he pressed charges of cyberterrorism and “promoting enmity among groups” against seven Muslim youths. These seven individuals did nothing but simply celebrate Pakistan’s victory in Sunday’s T20 World Cup cricket match in Dubai. Yogi Adityanath, the extremist anti-Muslim Hindu monk who is known for his offensive views and remarks against believers of the Islamic faith, has relentlessly pushed a Hindu ultranationalist stance since coming to power in 2017. [1]

In particular, Adityanath’s heated response to Pakistan’s win has led to the arrests of the following Indian Muslim adolescents: Arsheed Yousuf, Inayat Altaf Sheikh, and Showkat Ahmed Ganai. The trio, who hail from Kashmir, are engineering students at UP’s Raja Balwant Singh College. They have been suspended by the college following the criminal charges and associated media reporting. Three other Muslim youths were reportedly arrested in Bareilly, and one in Lucknow.

Sporting fixtures between regional rivals Pakistan and India have never been ‘just’ a game. The generally hostile relationship between the respective Muslim-majority and Hindu-majority nations has been one of mistrust and suspicion. The federal governments of both India and Pakistan regularly blame one another for harbouring terrorists. A number of major military conflicts have taken place since 1948, when the then British administered India was partitioned into the Dominions of India and Pakistan. Immediately after the partitioning of the Indian Empire, at least ten to twenty million were displaced along religious lines. Appalling violence in the form of riots and mob attacks led to numerous deaths, with estimates ranging from the hundreds of thousands to two million. [2] [3] [4] [5]

Sunday’s cricket match, which was held at the Dubai International Stadium, saw India demolished by the Pakistani team captained by Babar Azam. The result was a resounding 10-wicket win, with Pakistan scoring 152-0 to India’s 151-7. The Pakistani side secured the win with 13 balls remaining, and it was the first Pakistani World Cup win against India in 29 years. Joyous citizens took to the streets to celebrate the win, with horns blaring and guns blazing. Bullets were fired into the sky in the capital city of Islamabad, as well as Karachi and Peshawar. [6] [7]

Congratulations to the Pakistan Team & esp to Babar Azam who led from the front, as well as to the brilliant performances of Rizwan & Shaheen Afridi. The nation is proud of you all. pic.twitter.com/ygoOVTu37l

Adityanath’s leadership in UP shares a particularly powerful ally in the federal government: Narendra Modi. Presiding as Indian Prime Minister since 2014, Modi has been notorious for emboldening Hindu extremists. He has also faced heavy criticism for his inadequate response to the coronavirus outbreak. Modi has also pushed through the controversial Citizenship Amendment Bill, which excludes Muslim immigrants from applying for Indian citizenship, yet allows immigrants of a Sikh, Christian, Parsi, Buddhist, Hindu, or Jain religious adherence to do so. Included in the bill are those who entered India prior to 2015 from the countries of Afghanistan, Bangladesh, and Pakistan. [8]

While politicians have sought to exploit Sunday’s cricket match, the reality on the ground could not be any more different. Images of sportsmanship and mutual respect were exhibited by the respective India and Pakistan captains, Virat Kohli and Babar Azam, and drew widespread applause. Immediately after the hammering by Pakistan, Kohli shook hands with Azam and embraced Pakistan opener Mohammad Rizwan.

In addition, Kohli strongly defended his teammate, fast bowler Mohammed Shami, who faced social media abuse following India’s defeat to Pakistan. Shami, who is Muslim, saw hate messages fired at him, particularly on his Instagram account. Kohli stated, “…attacking someone over their religion is the most, I would say, pathetic thing that a human being can do.” [9]

“There’s a good reason why we are playing on the field and not some bunch of spineless people on social media that have no courage to actually speak to any individual in person. They hide behind their identities and go after people through social media, making fun of people and that has become a source of entertainment in today’s world, which is so unfortunate and sad to see because this is literally the lowest level of human potential that one can operate at, and that’s how I look at these people.

“Everyone has the right to voice their opinion and what they feel about certain situations, but I personally have never ever even thought of discriminating [against] anyone over their religion. That is a very sacred and personal thing to every human being and that should be left there.” [9]