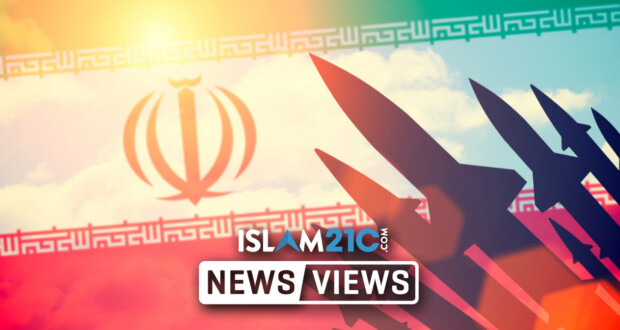 Dr Mohsen Fakhrizadeh, the chief scientist at the helm of the Iranian Ministry of Defence Research and Innovation Organisation, has been killed in a targeted attack that involved machine gun fire and explosives.[1]

A statement released by the Iranian Ministry of Defence read:

“During the clash between his security team and the terrorists, Mohsen Fakhrizadeh was seriously injured and taken to hospital… Unfortunately, the medical team did not succeed in reviving him, and a few minutes ago, this manager and scientist, after years of effort and struggle, achieved a high degree of martyrdom.”[2]

Having held the rank of Brigadier General in the Islamic Revolutionary Guard Corps, Fakhrizadeh was long deemed by Western intelligence agencies to be the mastermind behind Iran’s alleged development of nuclear weapons. Fakhrizadeh was referred to by some as Iran’s J. Robert Oppenheimer, the infamous head of the USA’s development of the atomic bomb.

The assassination of Fakhrizadeh took place in the city of Absard, approximately 45 miles east of the Iranian capital, Tehran. Fakhrizadeh was travelling with a bodyguard and family members, who were also injured in the attack. Attempts were made at resuscitation, but these proved futile.

The fatal incident raises alarming questions with regards to the timing and possible perpetrators behind the attack, with the US having only three weeks prior voted in general elections which saw former Vice President Joe Biden become the President-Elect until his inauguration ceremony on 20th January 2021.

“With the window of time left for Trump, such a move could lead Iran to a violent response, which would provide a pretext for a US-led attack on Iranian nuclear facilities.” [2]

There have also been recent reports that the leader of the Zionist state of Israel, Benjamin Netanyahu, flew to Saudi Arabia in recent days for direct discussions with Crown Prince Mohammed bin Salman on improving diplomatic ties before Biden takes the presidential oath in two months’ time.[3]

The meeting, coordinated by the outgoing US Secretary of State Mike Pompeo, was seemingly hastily organised in a last-minute attempt by the Trump administration to further damage the hopes of the Palestinian people being given their equitable right to full statehood.

It is being suggested that a Biden administration would make it challenging for the Israelis and Saudis to further delve into the currently unimaginable realm of diplomatic relations, as any deal or agreement would hinge on the Palestinians getting a fair deal.

However, commentators have stated for years that the Saudi government has covertly been in cahoots with the Israeli leadership. This has become increasingly apparent due to the Saudis’ silence in light of the recent deals and the normalisation of diplomatic relations between the Zionists and fellow Arab League countries.[4] [5] [6]

So what does all this mean, and what could be expected as Iran’s next step? Will they retaliate or will they quietly continue to build on their stockpiles of enriched uranium, one day declaring that they are now a nuclear-armed state?

Iran is not averse to such assassinations. There have been four such cases in recent years: Darioush Rezaeinejad, Mostafa Ahmadi Roshan, Masoud Alimohammadi, and Majid Shahriari, all of whom were either shot to death or blown up with the use of ordnance attached to their vehicles. All of these assassinations have been attributed to being the work of Israel’s Mossad.[7]

Iran has been somewhat muted in its response in the past when dealing with the aftermath of such attacks. Although politicians – and even the Supreme Leader – have vowed for the destruction of the US, there has not previously been very much action of a substantive military nature. The military adviser to Ayatollah Khamenei, Hossein Dehghan, said on Twitter:

“We will strike as thunder at the killers of this oppressed martyr and will make them regret their action.”

This particular period between the ‘lame-duck’ President Donald Trump and his successor Joe Biden is likely going to see more attacks such as this. Trump will do his best to scrape together some kind of foreign policy ‘legacy’ in the hopes that when it comes to 2024, one of his stooges can be installed in the heart of America’s federal leadership.

Until then, it is to up to Biden to choose how he handles Middle Eastern politics.

2020-11-28
Shaheer Choudhury
Previous: Jordan aims to affirm custodianship of Al-Aqsa Mosque, fearing Israeli-backed Saudi takeover
Next: A defence for the caricatures depicting the Prophet is a defence for Islamophobia