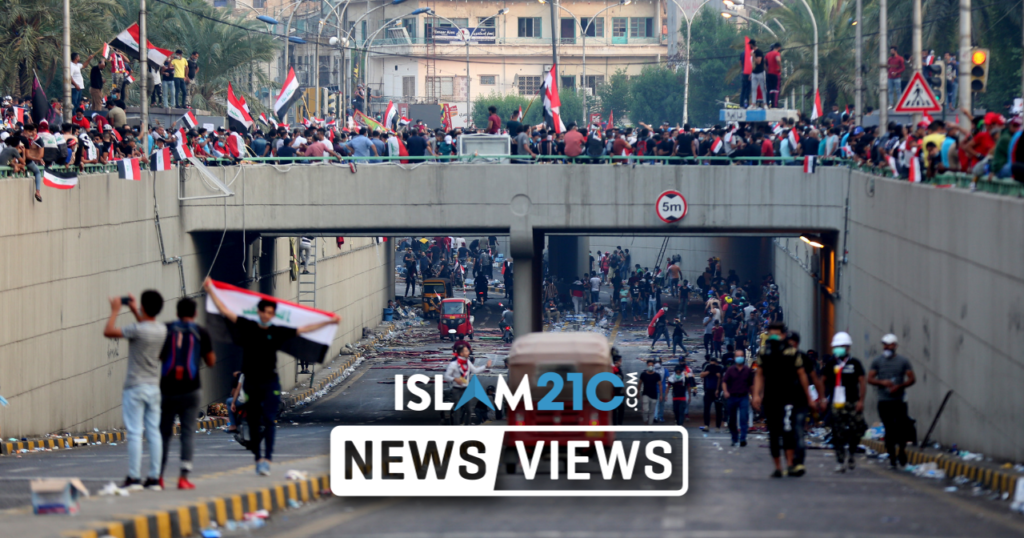 Protests in Iraq continue to take place as the death toll from the anti-government protests rises to 81 on Monday.

The streets of Iraq have been shaken by weeks of protests, as thousands of Iraqis took to the streets calling for an end to corruption and a change to the Iranian installed regime.

According to a security source, more than 100 protesters have been injured in clashes with security personnel as they attempted to disperse the demonstrators in the capital Baghdad.

In a second wave of anti-government demonstrations since Friday, Baghdad and other Iraqi provinces have been rocked by protests against government corruption, unemployment, and a lack of basic services.

The first wave of protests in early October left more than 149 protesters and eight security personnel dead. The Independent High Commission for Human Rights (IHCHR) said more than 3,600 people were injured in the protests.

The authorities have tightened security and have responded back indiscriminately by using tear gas, water cannons, rubber bullets and even live rounds.

Tensions in the country continue to rise and further intensify as the authorities implement a near-total internet blackout. The authorities hope that this will prevent protesters from communicating and organising with one another. The blackout also limits the ability of demonstrators and journalists from reporting and posting footage of the crisis online.

The Iraqi authorities on Monday have also declared a night-time curfew in the capital. This will mean that vehicles and pedestrian movement will not be permitted between 00:00 and 06:00 (21:00-03:00 GMT) until further notice from the authorities.

Nearly a year since he came to power, the protests are seen as the first major challenge to the Iraqi Prime Minister and his weak government.