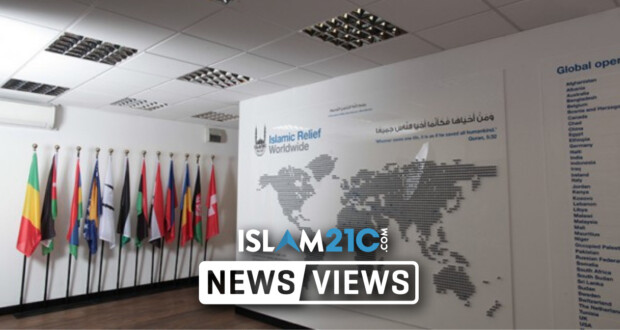 A report has cleared the international Muslim charity Islamic Relief Worldwide of “institutional anti-Semitism” after it emerged in July 2020 that a number of senior directors had published Facebook posts in previous years that were considered discriminatory towards Jews. The entire board had been replaced in August 2020.[1]

The report – chaired by the former Attorney-General from 2010–2014, Dominic Grieve QC, and supported by Sir Clive Jones, formerly the Chair of the Disasters Emergency Committee over an eight-year period – “found absolutely no evidence” of anti-Semitism being embedded in the fabric of Islamic Relief’s governance structure.[2]

“On the contrary, the charity has made a lot of effort to ensure there isn’t antisemitism, and I saw no evidence of it among staff whatsoever.”[3]

At the time, the CEO of Islamic Relief, Naser Haghamed, took swift action to address the issue and expressed his views in an interview with The Guardian:

“I became a refugee at the age of 13. Being a refugee, being black and being a Muslim, I have suffered all sorts of discrimination in my life. I know how it feels… It is shame, it is bad, it hurts. I cannot accept that type of discrimination happening to any other community or any other individual. When I see something like this, it hurts me badly that it came from one of our trustees.”[4]

The welcome result paves the way for the long-established charity to continue its vital work in over 50 countries. Islamic Relief serves areas with humanitarian crises in the form of drought, famine, and war. The charity also develops programmes to combat disasters and improve preparedness.

In a statement released on the Islamic Relief website, the charity articulated its optimistic response to the findings of the report:

“The Independent Commission’s report, published today, finds no evidence of institutional anti-Semitism in the organisation and provides IRW with 19 recommendations to improve its governance practices.”

“IRW has committed to fully implementing the recommendations, which include reforms to the membership and governance of IRW’s international Board, updating the charity’s Code of Conduct, and utilising external expertise when undertaking the vetting of trustees.” [3]