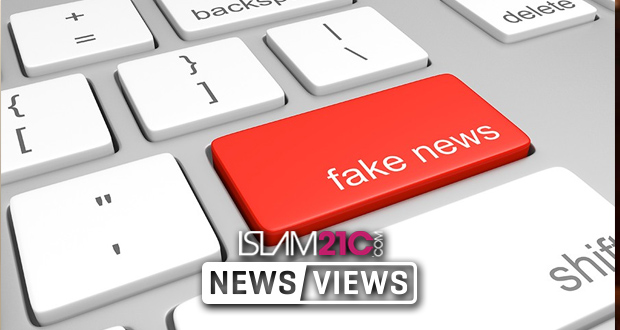 A non-profit organisation that aims to inform and educate the public about organised hatred has found that an international network of anti-Muslim activists is using automated Twitter applications, fake news and image manipulation to magnify its audience and influence political debate.

According to research conducted by ‘Hope not Hate’, many of these activists have seen a marked increase in the number of their followers of their social media accounts, and are coordinating to send a message to Western audiences that Islam is a “serious threat.”

Researchers found that the reach of fascist and anti-Muslim posts written by, for example the controversial American activist Pamela Geller, who is banned from entering the UK, is multiplied through the use of more than 100 automated or semi-automated ‘bots’ or fake accounts that automatically tweet or retweet Twitter content.

Researchers monitored the accounts of notorious anti-Muslim bigots accounts in Britain and the United States between March and November this year, and found that the their following increased by an average of 117 percent.

The number of readers of the anti-Muslim “Geller Report” doubled to more than two million a month between July and October. Visitors to the Islamophobic “Vienna Gates” blog also doubled during the same period.

Patrick Hermansson, a researcher at Hope not Hate, told The Guardian:

“The growth among Twitter accounts and websites spreading anti-Muslim hate is alarming. In such a key area of public interest, it is an indication of increased interest in these views and, as each account or site grows, more people are exposed to deeply prejudiced anti-Muslim views.”[1]

The analysis revealed how terrorist attacks in the UK were exploited by anti-Muslim activists on social networking sites. In the hours and days after the Manchester attack, Tommy Robinson, the former leader of the anti-Muslim English Defence League, gained more than 40,000 new followers, up 17 percent, the majority within 48 hours of the incident. Robinson also gained 22,365 new followers after the Westminster attack, and saw an average weekly increase of 6,422 followers between March and November.

Following the London Bridge attack in June, the exploitation of the incident drove 32 Islamophobic tweets to amongst the 100 most circulated comments.

The study also accused the US site, ‘Brietbart’ which is run by Steve Bannon, former Chief Adviser to Donald Trump, of spreading fake news adding that its reporting on Islam and Muslims is hardly discernible from the rhetoric used by the extreme right.

The research also notes the extensive promotion of fabricated anti-Muslim campaigns in online “echo chambers”, such as the exploitation of the image of the Muslim woman who was falsely accused of ‘ignoring’ the victims of the Westminster attack.

Incidentally the Twitter account that caused the fabrication to gain traction turned out to be one of the 2,700 accounts handed over by Twitter to the US House Intelligence Committee as a fake account created in Russia to influence UK and US politics.[2]

Earlier this year Hope not Hate itself fell into controversy when it published an article widely accused of reinforcing Islamophobic narratives from neoconservatives around Muslim violence and so-called “extremism”,[3] and accused of reinforcing the structurally racist and now toxic Prevent agenda.[4] The controversial report appears to have been taken down.[5]