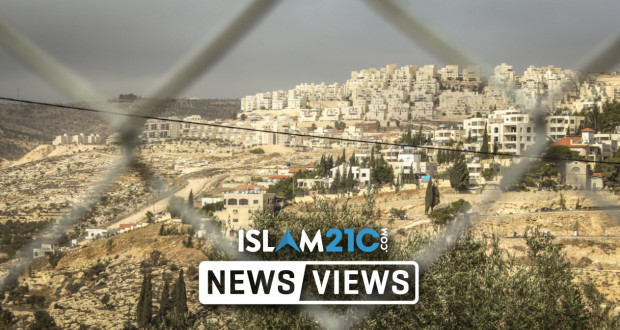 The United Nations has urged ‘Israel’ to halt its construction of illegal colonial settlements in the occupied West Bank. Furthermore, the new Israeli government led by far-right and ultranationalist prime minister Naftali Bennet has been reminded of the necessity of meeting its obligations under international law.

In a message delivered to the Security Council on Thursday, UN Special Coordinator for the Middle East Peace Process Tor Wennesland expressed his unease and discomfort with the continued expansion of illegal Zionist settlements in the Palestinian territories. Such colonies are an absolute violation under international law, and pose as a direct obstacle to any tentative peace deal. Wennesland documented a number of land seizures in occupied East Jerusalem, and also noted of ambitious plans to expand the Har Homa settlement.

In his critical remarks towards Israel, the special peace envoy said:

“I remain deeply troubled by continued Israeli settlement expansion in the occupied West Bank, including East Jerusalem. In particular, I am concerned by the approval of a plan to expand the Har Homa settlement in East Jerusalem.” [1]

Wennesland also noted of how a new wave of settlements would only compound complications for Palestinians living in the area:

“If implemented, this plan would further consolidate the continuum of illegal settlements separating East Jerusalem from Bethlehem and other Palestinian communities in the southern part of the West Bank. I am also concerned by the continued establishment of settlement outposts, illegal also under Israeli law. As we have seen, the recent establishment of Evyatar has already led to protests and clashes with tragic outcomes.” [1]

The UN representative also expressed alarm over the Israeli destruction and demolition of Palestinian infrastructure, including homes and schools. He has called on Tel Aviv to end its indiscriminate and mass expulsion of Palestinian communities. Wennesland also disputed the validity of permit laws issued by various ‘Israeli’ courts. These documents often declare Palestinian homes and other units to have been illegally built, in a deliberate ploy to justify their expropriation. However, it is often the case that many of these structures are older than the state of ‘Israel’ itself.

Furthermore, Wennesland denounced the brutal and indiscriminate acts of violence perpetrated by illegal Zionist settlers against Palestinian civilians in the West Bank. He urged ‘Israel’ to ensure the safety and security of Palestinians living under its military rule, and called for the actors of all violent settler attacks to be brought to justice.

Regarding the recent escalation of violence and the need for justice, Wennesland said:

“I am also deeply concerned by the increased intensity of settler-related violence and by violent attacks between Israeli and Palestinian civilians in the occupied West Bank. I urge Israel to ensure the safety and security of the Palestinian population, in line with its responsibilities under international law. Perpetrators of violence on all sides must be held accountable and swiftly brought to justice.” [1]

The comments of the UN Middle East peace envoy were issued just a month after Israel launched a brutal attack on the occupied and besieged Gaza Strip. During its 11 day assault, ‘Israeli’ Occupation Forces bombarded the densely populated territory. Throughout its full-fledged assault, Israel levelled several residential and commercial towers, and even targeted hospitals and medical clinics that tended to the wounded.

256 Palestinians, including 66 children, were martyred during the assault. Much of the conflict took place during the holy month of Ramadan. The IOF’s indiscriminate bombing raids were denounced by several members of the international community. A number of human rights organisations, including the UN, have labelled Israel’s levelling of residential and commercial towers as being war crimes.

Prior to its assault on Gaza, the IOF had invaded the sacred compound that houses both the al-Aqsa Mosque and the Dome of the Rock in occupied Jerusalem. It proceeded to mercilessly attack unarmed worshippers who were observing the nightly tarāwīḥ prayers. The unprovoked attack was an attempt to facilitate a provocative march led by far-right and ultranationalist Zionists for their so-called ‘Jerusalem Day’ celebrations. This annual event commemorates the military occupation of East Jerusalem, the West Bank, and the Gaza Strip after the 1967 Six Day War.

In response to these violent attacks on the al-Aqsa Mosque and the Dome of the Rock, the Hamas government in the Gaza Strip launched a salvo of rockets into ‘Israel’, in order to stop the attacks against the unarmed worshippers.