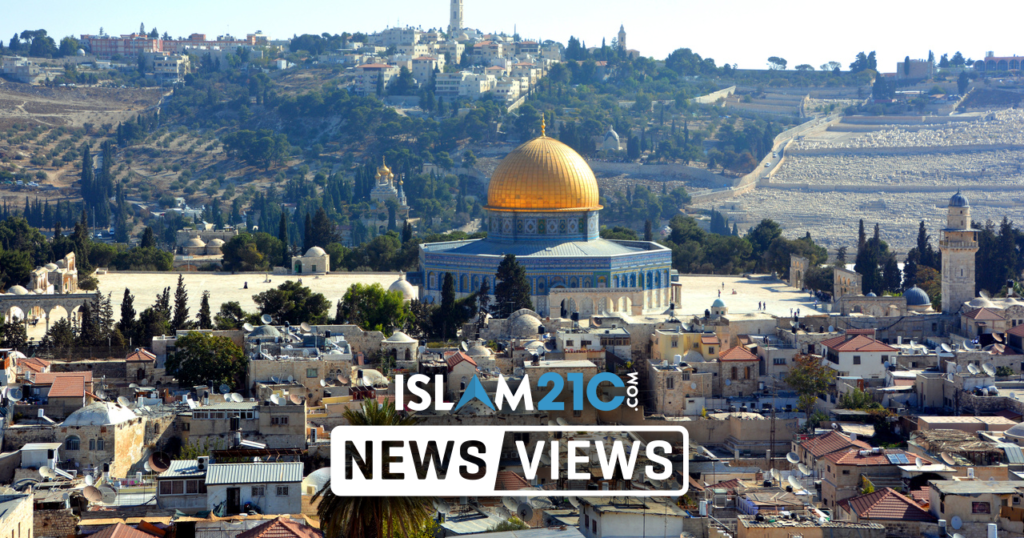 Israeli plans to further occupy Palestinian territory have been met with global condemnation and warning that it risks regional conflict if it pursues to annex large parts of the occupied West Bank.

Earlier this month, the Arab League said the move to annex occupied Palestinian territory would amount to a “new war crime”.[1] It further condemned the controversial strategy supported by the Trump administration outlined in his supposed ‘peace plan’ for the region.

“The implementation of plans to annex any part of the Palestinian territories occupied in 1967, including the Jordan Valley…and the lands on which Israeli settlements are standing represents a new war crime…against the Palestinian people” a statement from the Arab League read. [2]

Moreover, the United Nations special Middle East envoy, Nickolay Mladenov, said that plans to annex the occupied West Bank would deal a “devastating blow” to the two-state solution, while the European Union said that such a move would “constitute a serious violation of international law.” [3]

On Friday, king Abdullah II of Jordan warned the Israeli coalition government of a massive conflict if it were proceed with its plans of further occupation and is considering all options. He made clear that the already fragile two-state solution will collapse if Netanyahu’s plans were to go ahead.

“I don’t want to make threats and create a loggerheads atmosphere, but we are considering all options. We agree with many countries in Europe and the international community that the law of the strongest should not apply in the Middle East.” King Abdullah said in an interview with Der Spiegel. [4]

“Politicians like Israeli Prime Minister Benjamin Netanyahu want to take advantage of the opportunity presented by Trump and annex large parts of the Palestinian territories.” he added, warning that “if Israel really annexes the West Bank in July, it would lead to a massive conflict with the Hashemite Kingdom of Jordan.” [5]

Although King Abdullah refused to say whether the peace treaty between his country and Israel would be on the line if further annexations were to proceed, his warnings of conflict represent a serious moment for the region as well as for Jordan itself. The Hashemite kingdom has been lobbying the EU to take concrete steps to ensure that further occupation does not take place.

The European Union has reaffirmed their support for the two-state solution and has promised to take practical steps in halting any annexations. EU foreign ministers agreed via video conference to increase diplomatic efforts to bring all sides back to the table and to prevent any conflict from breaking out.

“We reaffirm our position in support of a negotiated, two-state solution. For this to be possible, unilateral action from either side should be avoided and, for sure, international law should be upheld” EU foreign policy chief Josep Borrell said. [6]

In early May, 145 British MPs from the All Party Parliamentary Group on Palestine signed an open letter to prime minister Boris Johnson and foreign secretary Dominic Raab demanding that the UK impose sanctions on Israel if they were to occupy more Palestinian territory.

“Annexation of occupied territory violates several UN Security Council Resolutions including UNSCR 242 and 2334. It is a mortal blow to chances of peace between Israelis and Palestinians based on any viable two-state solution. The joint statement by the UK Government, together with France, Germany, Italy and Spain, on 12 September last year could not have been clearer. Unilateral annexation of any part of the West Bank would be “a serious breach of international law” the letter read. [7]

Furthermore, former leader of the Labour Party Jeremy Corbyn pledged his support for his peers in signing the letter and added that “annexation would be an act of aggression – and the UK government should make clear now that would lead to sanctions.” [8]

In late April, the Israeli coalition government was formed after Netanyahu reached an agreement with his main rival Benny Gantz. The agreement between the two partners sets out a framework for the occupation of Palestinian territory. Under international law, annexations any kind are illegal and represent a major violation of the peace treaty signed in 1995.

Under Trump’s divisive and unpopular peace plan, Israel would be allowed to occupy Palestinian land that would have been reserved for a future state of Palestine. However, repeated construction of illegal settlements in the West Bank has halted any such initiative of statehood and the annexation of more territory is likely to bring such an initiative to the people of Palestine to an end.