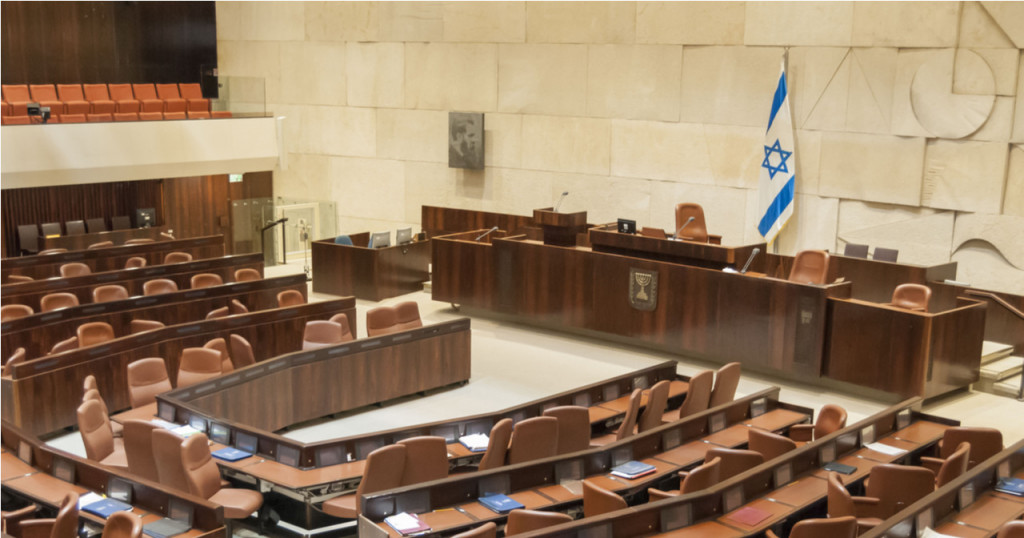 Amnesty International has declared ‘Israel’ guilty of apartheid against the Palestinians. Meanwhile, news that the sky is blue and grass is green has also made the headlines. While the announcement has been met with some confusion, particularly as the apartheid against the Palestinians has been ongoing for over seventy years, the updated position of a major rights organisation is welcome news. In the 280-page February 1 report, Amnesty declared the following: “Israel has perpetrated the international wrong of apartheid, as a human rights violation and a violation of public international law.” [1]

The rights group has methodically put together a detailed insight into the history of the Israeli apartheid against the Palestinians, as well as the “oppression and domination” committed by the former side against the latter. Interestingly, a number of Israeli politicians, including Ami Ayalon, Yossi Sarid, and Michael Ben-Yair, have previously said that their country either is on the brink of committing apartheid, or is already there. However, this has not prevented an orchestrated sense of outrage among Democrats and Republicans in the US, as well as politicians in the UK and Germany. [1] [2]

To be clear, Amnesty’s report has found that “Israel has imposed a system of oppression and domination over Palestinians wherever it exercises control over the enjoyment of their rights – across ‘Israel’ and the OPT (Occupied Palestinian Territories) and with regard to Palestinian refugees”. [1]

The report further adds: “The segregation is conducted in a systematic and highly institutionalized manner through laws, policies and practices, all intended to prevent Palestinians from claiming and enjoying equal rights to Jewish Israelis within Israel and the OPT, and thus intended to oppress and dominate the Palestinian people. This oppression and domination have been cemented by a legal regime that controls (by negating) the rights of Palestinian refugees residing outside Israel and the OPT to return to their homes.” [1]

“Over decades, Israeli demographic and geopolitical considerations have shaped policies towards Palestinians in each of the different areas of Israel, East Jerusalem, the rest of the West Bank and the Gaza Strip in different ways. This means that, today, Israel’s system of control is not applied uniformly across all areas. Palestinians experience this system in different ways and face differing levels of repression based on their status and the area in which they live.

“The organization has concluded that Israel has perpetrated the international wrong of apartheid, as a human rights violation and a violation of public international law wherever it imposes this system. It has assessed that almost all of Israel’s civilian administration and military authorities, as well as governmental and quasigovernmental institutions, are involved in the enforcement of the system of apartheid against Palestinians.” [1]

The London-based Amnesty International has already been criticised for its report by the British Foreign and Commonwealth Office (FCO). In particular, the FCO took exception to the wording and language used by the organisation, especially the term ‘apartheid’. It has also suggested that the declaration of serious crimes should only be decided by the courts. However, it is unclear for how long the government can force this point, because in the parallel issue regarding the ongoing Uyghur genocide in China, the UK parliament has declared that the Chinese government is committing genocide against the Turkic Muslims in Xinjiang. And while the government refuses to back this assertion of genocide, it is simply untenable for it to sidestep the issue. [3] Nevertheless, in a statement given to The Times of Israel, a spokesperson said:

“We do not agree with the use of this terminology. Any judgment on whether serious crimes under international law have occurred is a matter for judicial decision, rather than for governments or non-judicial bodies.

“As a friend of Israel, we have a regular dialogue on human rights. This includes encouraging the government of Israel to abide by its obligations under international law and do all it can to uphold the values of equality for all.” [4]

Pro-Israeli campaigners have been as quick as ever in targetting the defenceless – namely by justifying the oppression of Palestinians in their own establishments. However, this barking does nothing to detract from the legitimacy of those who call out Israeli aggression and apartheid policies towards its neighbours.

In the US, congressional leaders have been blisteringly fast in crying anti-Semitism and defending their beloved ally ‘Israel’. With the help of the omnipotent ‘Israel’ lobby group, the American Israel Public Affairs Committee (AIPAC), pathetic attempts have been made to negatively label the Amnesty report; former Democratic National Committee chairwoman Debbie Wasserman Schultz described the report as “biased”, “steeped in antisemitism”, and “baseless”. Furthermore, the Israeli government jumped the gun by suggesting the report was “false, biased and antisemitic” before it was even published. [5]

“Amnesty International is a so-called ‘human rights organization’ that routinely hurls false accusations of oppression against Israel, ignores violent attacks on Israel from its hostile neighbors and fans the flames of antisemitism around the world.” [5]

While Amnesty’s latest report merely confirms what many hundreds of millions around the world see as Israeli aggression against a people whose land has been systematically stolen from them, Israeli politicians such as the former military leader and Prime Minister Ehud Barak have been openly making comparisons to the appalling South African apartheid of the 20th century. Barak said in February 2010:

“As long as in this territory west of the Jordan River there is only one political entity called Israel it is going to be either non-Jewish, or non-democratic. If this bloc of millions of Palestinians cannot vote, that will be an apartheid state.” [6]

Another example of Israeli politicians being honest about their apartheid policies is the former attorney general Michael Ben-Yair. In a remarkable 2002 piece for Haaretz, Ben-Yair stated:

In fact, Ben-Yair is a rather unique Israeli politician in that his family home is located in the contentious Sheikh Jarrah neighbourhood of East Jerusalem. The vicinity, which has been the epicentre of frequent protests against the forced evictions of a number of Palestinian families, continues to face attacks from extremist Israeli settler groups together with a legal system that is heavily on the side of the colonisers. Ben-Yair was particularly shocked to discover in June 2021 that a settler group had been forcing a Palestinian family to pay hundreds of thousands of shekels in order to live at his ancestral property. Ben-Yair has previously said he has no qualms with a Palestinian family now living in his grandmother’s former home. But he has been fighting a tense legal battle against extreme settler groups for the past two years, as he seeks legal ownership of the home. While going through the legal system, he has clearly indicated his desire for the Palestinian residents to remain. [8]