Israeli soldiers arrest Palestinian children for the crime of playing 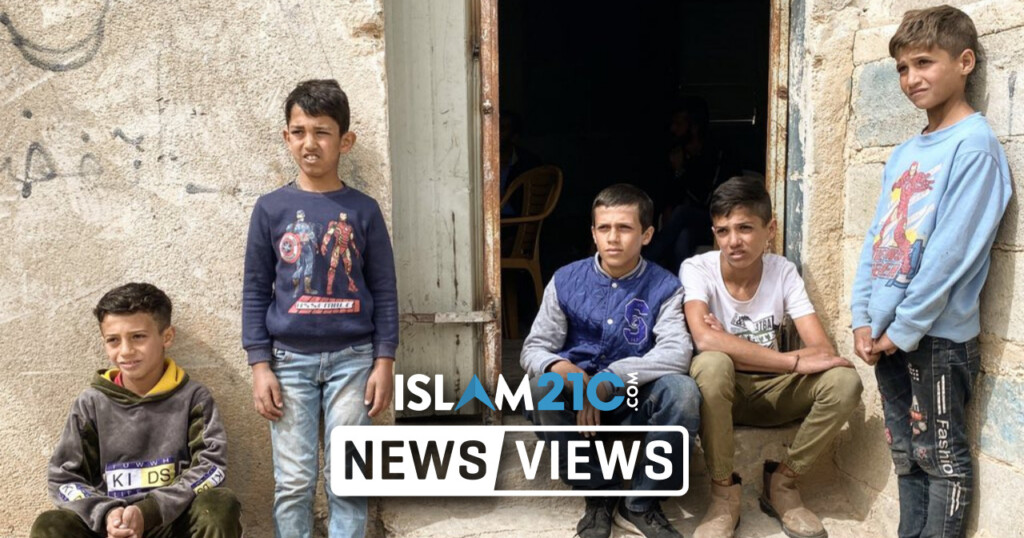 Video footage recently released by the Israeli human rights organisation B’Tselem shows soldiers employed by the Zionist state of ‘Israel’ dragging away five young boys, aged between 8 and 13, for no other reason than being Palestinian children picking vegetables they have every right to pick. [1]

Video footage of the moments preceding the arrest of the 5 children yesterday: The children gathered Akkoub (a type of wild Artichoke) near the settlement Havat Maon, 2 masked settlers approached them, scared them away and took the buckets and plants they left behind. pic.twitter.com/y0zvtt7AFk

In the video, heavily armed occupation forces are seen dragging the tearful and terrified young children onto a 4×4 vehicle before transporting them to a holding area. The children were ultimately released after being detained for approximately five hours at a police station in Kiryat Arba.

“This is another example of the absolute disregard on the part of Israeli authorities and forces on the ground to the wellbeing and rights of Palestinians, no matter how young or vulnerable…” [2]

The troops arrived after two illegal Jewish settlers hypocritically and ironically confronted the five boys while they were picking akoub, a vegetable similar to artichoke and asparagus and known in English as Gundelia. The plant has been a point of contention between Palestinians and Israelis for many years, with both sides seeking the right to harvest the plant.

These are the five boys who were detained by Israeli forces for a few hours on Wednesday. They were picking akoub, a vegetable similar to artichoke, in a field in the South Hebron Hills.

The eldest two of the detained boys, aged 12 and 13, were ordered to return to the police station next week to face further interrogation, due to an Israeli military law that deems children as young as 12 to be prosecutable and open to questioning for offences.

In addition to Israeli law permitting the interrogation of a child as young as 12, a law approved in 2016 introduced the ability for the Zionist regime to lock up Palestinians of the same age “convicted of serious crimes such as murder, attempted murder or manslaughter even if he or she is under the age of 14…” [3]

The children were arrested by @idfonline and taken to the @IL_police station near Hebron after the settlers of the illegal outpost of Havat Maon claimed that they "entered the outpost".
A genuine snapshot of the Israeli security forces 2021. pic.twitter.com/ciKU0oe18T

In 2013, a group of Palestinian children were arrested and detained en route to school. The mass detention consisted of 27 minors, with at least fourteen of the youngsters aged under 12. [4]

‘Israel’ continues to flout international law and the rights of Palestinians in the occupied territories. This is no better illustrated than in a statement released by the military, which, in relation to the five young boys, said there were “a number of suspects” who had “infiltrated into a house’s private property.” [2] This was particularly demeaning as the “private property” mentioned in the statement is built on land that does not belong to the occupants.

The NGO Defence for Children International reports that ‘Israel’ prosecutes an average of 600 children every year, with the prisoners’ rights group Addameer suggesting that there are currently approximately 140 Palestinian minors jailed in ‘Israel’. Dylan Williams, senior vice president of the American “pro-Israel, pro-peace” organisation J Street, also raised an interesting angle by suggesting that the repeated harassment of young Palestinian children “may also constitute repeated violations of US law to the extent US-sourced military equipment is used.” [5]