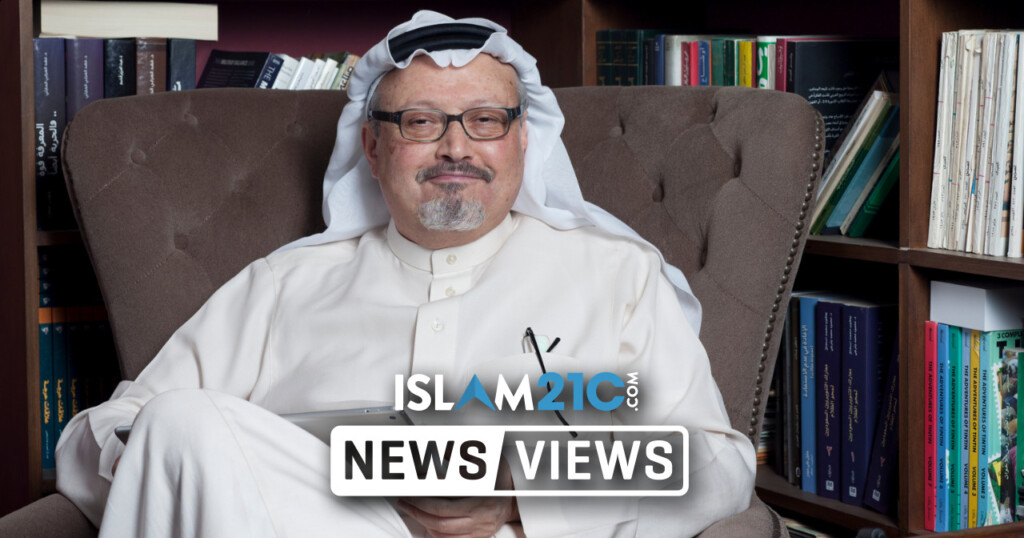 A long classified American intelligence report originally produced during the Trump administration is reportedly nearing publication to the masses, with President Biden’s White House stating that it will happen “soon”. [1]

The Saudi journalist and author Jamal Khashoggi (raḥimahu Allāh) was murdered in the Saudi consulate in Istanbul in October 2018 by a “hit squad” comprising 15 men. [2] He had paid a pre-planned visit to the consulate in order to retrieve some matrimonial documents, but he never left the building and was never again seen alive.

The report – which was carried out shortly after the disappearance of Khashoggi, and largely contributed to by the CIA – is expected to blame the Crown Prince of Saudi Arabia, Mohammed bin Salman (MBS) for the premeditated killing of the prominent author, columnist, and editor.

Agnes Callamard – the UN Special Rapporteur on extrajudicial, summary, or arbitrary executions – argued that the release of the highly sensitive report will prove essential to finally seeking justice for the slain journalist.

“Once we have further evidence, it will be really impossible for the rest of the world to ignore whatever information will be provided…”

The Saudi government has continuously attempted to draw a line on the murder. Prior to the tragic event, the Saudi government went to great lengths to cover its tracks – to such an extent that a doppelganger was employed to wear Khashoggi’s clothes after he was killed and appear on CCTV around Istanbul to create a false trail for authorities. [4]

Circumstantial evidence released by the Turkish government soon after the murder pointed to disturbing remarks picked up on microphones in the consulate, with one recording of two Saudi officials being overheard apparently speaking about how to dismember and transport Khashoggi’s corpse, mere minutes before the journalist entered the consulate. [5]

In addition, another Saudi official is recorded as saying:

“The body is heavy. First time I cut on the ground. If we take plastic bags and cut it into pieces, it will be finished.” [5]

The Turkish government has also previously suggested that a team of 15 Saudi operatives were dispatched by Riyadh and arrived three days prior to Khashoggi’s scheduled appointment at the consulate.

It is believed that these men removed security footage and disabled cameras in order to prepare for the heinous crime that was to occur on 2nd October 2018.

With the impending release of this report, the Biden administration is seeking to take a much tougher stance on the House of Saud in comparison to former president Donald Trump, who was very cordial with MBS via the role of Trump’s son-in-law Jared Kushner as special adviser to the President.

Biden has reportedly spoken to King Salman today, discussing matters of human rights. The White House said that the US President “affirmed the importance” that the country “places on universal human rights and the rule of law”. It is not believed to be the case that the soon-to-be-released intelligence report on Khashoggi’s death was at all mentioned during the call. [6]

However, it can be argued that with Biden seeking to restructure the relationship between the US and Saudi Arabia, the 46th US President is seeking to provide some official forewarning to the 85-year-old ruler of the oil-rich Middle Eastern nation, whom he regards as his counterpart – not King Salman’s 35-year-old son and Crown Prince. [7]