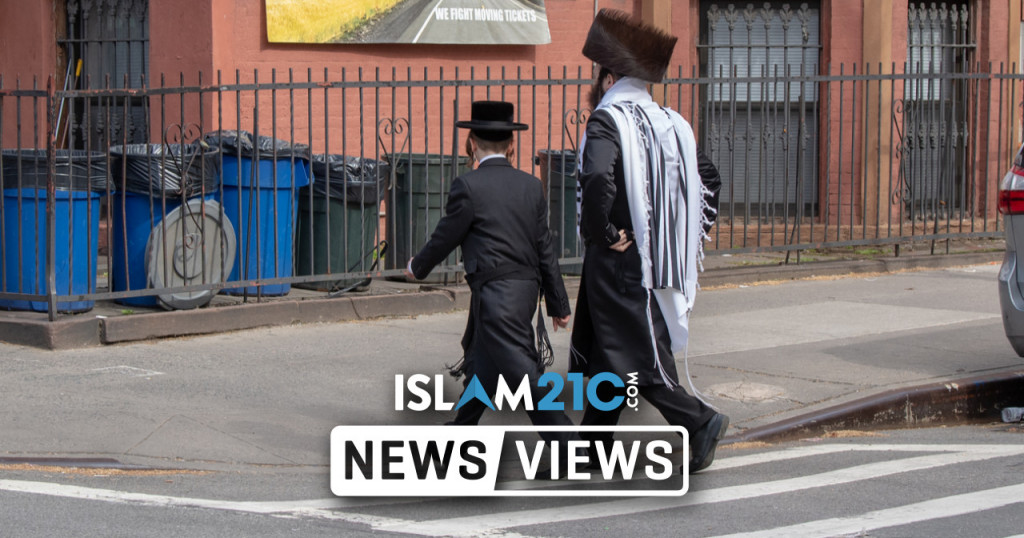 A recent survey of Jewish American voters reveals that 25 percent of respondents now agree that “Israel is an apartheid state”, although more than half still disagreed with that assertion. The survey was conducted against the backdrop of Israel’s latest aggression in Gaza, in which scores of children were killed and residents of the Sheikh Jarrah neighbourhood were forcibly evicted from their homes.[1]

The study, which was conducted by the Jewish Electorate Institute, revealed that nearly a third of voters did not find the statement “Israel is an apartheid state” to be antisemitic. In fact, 38 percent of them agreed that “Israel’s treatment of Palestinians is similar to racism in the US”.[2]

Strikingly, 22 percent of Jewish Americans concur that Israel is committing an ongoing genocide against Palestinians. Yet, they were divided on whether such a proposition is antisemitic or not.

Earlier this year, Human Rights Watch produced a meticulous report accusing Israel of practicing apartheid against Palestinians. Apartheid is defined as a governing system that ensures the domination of one racial group over another through systemic oppression.

Apartheid was famously challenged in South Africa, but only after the minority white population subjugated black South Africans in every sphere of life for almost forty years. B’Tselem, an Israeli human rights group, has likewise accused Israel of practicing apartheid against Palestinians. In a comprehensive statement, it made the following conclusion: “The Israeli regime, which controls all the territory between the Jordan River and the Mediterranean Sea, seeks to advance and cement Jewish supremacy throughout the entire area.”

The Israeli human rights group continued its analysis by stating:

“To that end, it has divided the area into several units, each with a different set of rights for Palestinians – always inferior to the rights of Jews. As part of this policy, Palestinians are denied many rights, including the right to self-determination.”[3]

Whilst Israel vehemently denies this accusation and labels it as antisemitic, there is mounting evidence which conclusively suggests that Israel is committing the crime of apartheid against Palestinians. Indeed, only last month, former United Nations Secretary-General Ban Ki-moon wrote the following in a letter to the Financial Times: “This is not a conflict between equals that can be resolved through bilateral negotiations, confidence-building measures or mutual sequencing of steps – the traditional conflict-resolution tools.” Ban Ki-moon continued his opinion piece by stating:

“What has become increasingly clear in recent years is Israel’s intent to maintain its structural domination and oppression of the Palestinian people through indefinite occupation. This gives the dual legal regimes imposed in Palestinian territories by Israel — together with the inhumane and abusive acts that are carried out against Palestinians — new significance, resulting in a situation that arguably constitutes apartheid. It is now time for the international community to recognise and confront the consequences of Israel’s policies and actions in this regard.”[4]