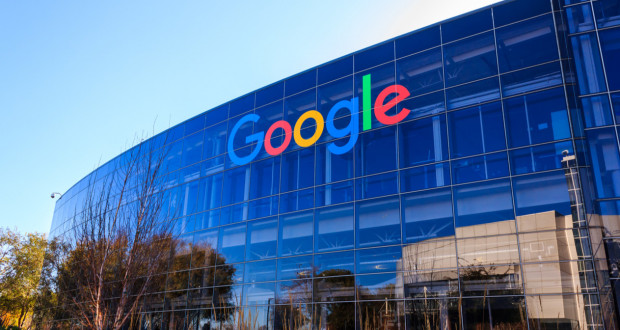 In an embarrassing blow to the technology giant Google, a duo of Jewish employees have openly lambasted the multibillion dollar conglomerate. The criticism relates to the company’s continued commitment to a 1.2 billion dollar plan for a joint contract with fellow behemoth Amazon. The ambitious project involves building cloud-based data centres on behalf of the Israeli government and military. The so-called Project Nimbus, which was signed in May, is set to increase the extent of illegal surveillance the Zionist state’s military can undertake against Palestinians. In addition, the increased cloud storage will likely improve the capacity to record data, which could in turn be used to further deny Palestinians their inalienable rights. Through the use of a staff petition, two Jewish Google employees, Ariel Koren and Gabriel Schubiner, have bravely spoken out against their employer despite the clear risk of repercussions. [1]

Koren is a San Francisco-based worker who is based in Google’s education division. Schubiner, who is located in New York, works as a software engineer. They are now understood to be two of the key architects behind a growing petition to cancel the Nimbus project. Indeed, according to Koren, the petition has reportedly been signed by over a thousand employees. This impressive and rapid development comes only weeks after an anonymous letter published in the Guardian suggested that “more than 90 workers at Google and more than 300 at Amazon have signed this letter internally”. [2]

Koren stated in remarks to The Jewish News of Northern California:

“For me as a Jewish employee of Google, I feel a deep sense of intense moral responsibility. When you work in a company, you have the right to be accountable and responsible for the way that your labor is actually being used.” [1]

Schubiner has spoken of the difficulty in being able to speak critically about ‘Israel’ or its government’s Zionist ideology with co-workers. As is well known, the common ploy used by politicians and others who act as pro-Israeli propagandists is to simply spin the conversation. A common silencing tactic is to conflate any criticism of the Israeli government or its military actions with antisemitism. As Schubiner explained to the paper, which traces its roots back to 1895:

“I was kind of shocked to find that the conversations about equity that we tried to have in that [Jewish Google] space were very quickly derailed into conversations that used antisemitism as a means to avoid talking about other types of racial equity.

“I don’t know if the demand to drop Nimbus is fully achievable. It’s up to the workers to decide that this is an issue that we care about enough to really put our own skin in the game.” [1]

The joint Google-Amazon initiative has been dubbed Project Nimbus, with the operation name referring to “a luminous vapor, cloud, or atmosphere about a god or goddess when on earth”. The Project is expected to sell harmful technology that “will make the systematic discrimination and displacement carried out by the Israeli military and government even crueller and deadlier for Palestinians”. [2] [3]

So grateful and proud that anti-Zionist Jewish Googlers are demanding their company cut its contract with the Israeli military.

Alongside 1,000+ other Google and Amazon employees, Jewish Googlers want their labor to promote good, not power violence against Palestinians. pic.twitter.com/z121LS9AV3

The noble efforts of Schubiner and Koren were first documented in a recent anonymous letter published by the Guardian. In this message, Google and Amazon employees derided and warned against the planned Nimbus contract. In anonymously penning the letter for fear of “retaliation”, the authors stated:

“We are writing as Google and Amazon employees of conscience from diverse backgrounds. We believe that the technology we build should work to serve and uplift people everywhere, including all of our users. As workers who keep these companies running, we are morally obligated to speak out against violations of these core values. For this reason, we are compelled to call on the leaders of Amazon and Google to pull out of Project Nimbus and cut all ties with the Israeli military.” [2]

Momentum appears to be on the side of the disillusioned workers, which include Koren and Schubiner. Further reports regarding the initiative continue to circulate. This indicates that there may be further signatories to the petition, which seeks the cancellation of Project Nimbus.