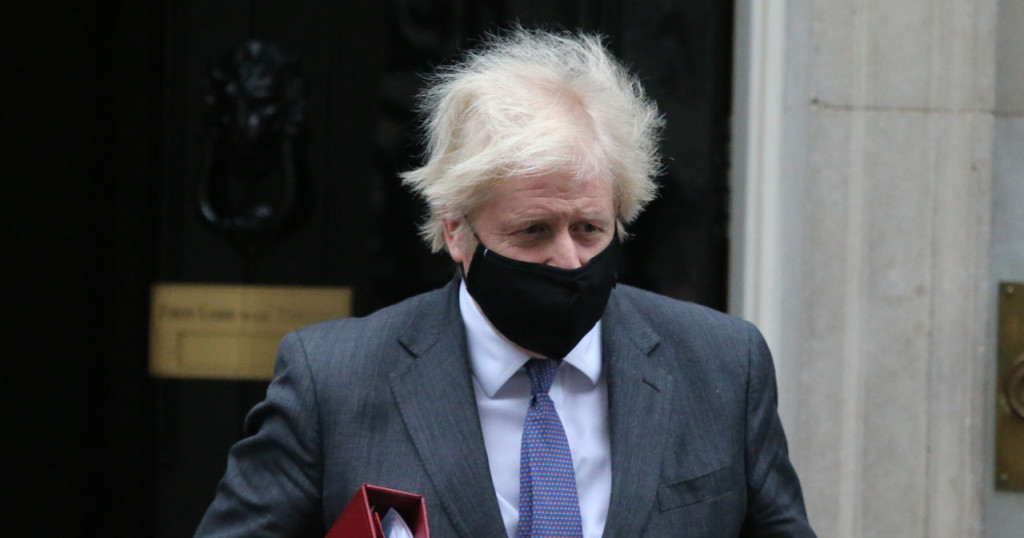 “Forgive me,” said the Prime Minister during a rambling November 2021 speech that suggested Britain’s head of government had lost the plot. This week, Boris Johnson is once again facing the music after he was accused on Monday evening of convening a grand No. 10 garden party with more than a hundred invitees. It goes without saying that in normal circumstances, this would hardly be an eventful or newsworthy story. However, keeping in mind that the country was in the midst of a strict coronavirus lockdown during May 2020, the “utterly outrageous” gathering has been condemned by allies and opponents alike. Johnson is under extreme pressure to resign from his position as Prime Minister, while the Metropolitan police are said to be investigating reports that the PM’s principal private secretary Martin Reynolds invited over a hundred Downing Street staff members to the 20 May 2020 party. [1] [2]

Johnson has unsurprisingly sought to downplay the scandal. Prior to the week’s regular Prime Minister’s Questions (PMQs), the Conservative leader delivered a methodically worded statement to fellow members of the Commons. In arguing that he had “technically” broken no rules, Johnson told the House:

“Mr Speaker, I want to apologise. I know that millions of people across this country have made extraordinary sacrifices over the last 18 months. I know the anguish that they have been through, unable to mourn their relatives, unable to live their lives as they want or to do the things they love.

“I know the rage they feel with me, and with the government I lead, when they think that in Downing Street itself the rules were not being properly followed by the people who make the rules.” [3]

Following Johnson’s Commons statement on Wednesday, the leader of the opposition Sir Keir Starmer described Johnson as “a man without shame”, while roars of anger reverberated around the chamber. Likewise, Labour’s deputy leader Angela Rayner communicated to ITV News – the outlet which first viewed the leaked email invite from Reynolds – the following:

“It’s terrible and I think many people that see the evidence now will not, only think that Boris Johnson’s lies are catching up with him, but will see it as absolutely despicable that when they were told to follow the rules, Boris Johnson and Number 10 were breaking the rules. It’s disgraceful and he should be ashamed.” [4]

The revelation that Downing Street had hosted a so-called BYOB (“bring your own booze”) event in the midst of a nationwide coronavirus lockdown is appalling in and of itself. However, what confounds matters even further is the hypocritical public announcement which then culture secretary Oliver Dowden made on the very same day of the party (20 May 2020): “You can meet one person outside of your household in an outdoor, public place provided that you stay two metres apart.” As for Reynold’s now infamous email to Downing Street staff, he enthusiastically began by writing: “After what has been an incredibly busy period we thought it would be nice to make the most of the lovely weather and have some socially distanced drinks in the No10 garden this evening.” Reynolds ended by saying, “Please join us from 6pm and bring your own booze!” [4]

Undoubtedly, Johnson will weather this latest storm and either make a somewhat graceful exit in the near future, or the whole saga will simply be brushed under the carpet. And why not? The August 2020 example of former special advisor to the Prime Minister, Dominic Cummings, caused consternation when he decided to make a 300-mile trip from London to Durham during a COVID-19 lockdown. Cummings later farcically told the public that he had travelled to Durham in order to visit Barnard Castle and test his eyesight. In line with the complete lack of integrity found within the government, Cummings remained in his post as special advisor for a further three months, before he made a quiet exit in November of that year. [5] [6]

Cummings’ trip was particularly shocking, given that he had developed coronavirus symptoms just days after leaving Downing Street at the end of March. On 31 March, Durham police confirmed that Cummings was at his parents’ home in the county. While this kind of incompetence and disregard for the public’s trust is at the heart of the Conservative government along with its senior party members, pressure is building on Johnson to walk. The leader of the Scottish Conservatives Douglas Ross MP MSP has said, “Regretfully I have to say his position is no longer tenable.” [7] Moreover, the former government minister and incumbent chair of the Women and Equalities Committee, Caroline Nokes MP, had the following words to describe the dire situation in the party:

“He looks like a liability and I think he either goes now, or he goes in three years’ time at a general election. And it’s up to the party to decide which way around that’s going to be. I know my thoughts are that he’s damaging us now, he’s damaging the entire Conservative brand with an unwillingness to accept the strictures that other people have lived by.” [7]

The government has been a complete disaster when it comes to following its own coronavirus restrictions. In addition to Johnson’s repeated failings at the helm and the recent revelation that No. 10 held a “cheese and wine” party on 15 May 2020, there was also the diabolical case of Boris Johnson’s spokeswoman Allegra Stratton laughing during a mock television briefing. The recorded incident, which occurred on 22 December 2020, saw Stratton mulling over answers for various questions that could have been posed by members of the press. While one of the mock questions revolved around whether Downing Street had held a Christmas party, other No. 10 staff could be overheard referring to “cheese and wine”. Stratton jokingly remarked that there was “definitely no social distancing.” She resigned as a government advisor following the video leak, tearfully apologising during a statement given to the press. [8] [9]

As for Boris Johnson’s tenure as Prime Minister, he will likely cling on, despite reports emerging from Downing Street that he will maintain a low-key presence for at least a week. It is understood that one of Johnson’s immediate family members has tested positive for COVID-19, with a spokesman declining to specify whether it was Johnson’s wife, Carrie, or one of the couple’s two children. Regardless of Johnson’s reduced publicity in the coming week, the senior civil servant Sue Gray is imminently expected to release her independent report on whether there is evidence that ministers broke the law. If Gray decides that criminal offences may have been committed by the Prime Minister or others within Downing Street, the Metropolitan police will take over the investigation. Such a step could potentially land Boris Johnson in deep trouble. [10] [11]