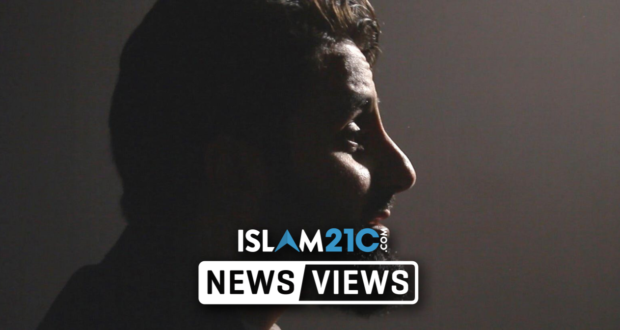 A film screening at The Showroom titled ‘Unspeakable’ is to take place on Wednesday, followed by a conversation between director Kate Stonehill and Islam21c’s Editor-in-Chief, Dr Salman Butt.

The Showroom is a contemporary art space which focuses on collaborative approaches to cultural production. ‘Unspeakable’ is a short documentary that presents the stories of three of six individuals that were publicly labelled as so-called “non-violent extremists”. [1]

The film aims to explore the lawfulness of the processes carried out by which these six named individuals were labelled. In addition, the film explores the responsibility of the media in their representation of individuals or groups of people. The film also questions the infringement of free speech in relation to identity, as well as ‘extremism’ in Britain today.

On 17 September 2015, a press release from the Prime Minister’s office entitled: PM’s Extremism Task Force: Tackling Extremism in Universities and Colleges top of the agenda, was issued. The press release referred to the then-upcoming enforcement of the Prevent duty guidance on 18 September 2015, as issued under s.29 Counter-Terrorism and Security Act 2015. It set out, in particular, how universities and other further education institutions should give effect to their duty under s.26 of the same act, to have due regard in the exercise of their functions to the need of preventing people from being drawn into ‘terrorism’ – the ‘Prevent Duty’. [2]

The ‘Prevent Duty’ is the duty imposed on all public authorities, including universities and other higher education bodies (‘RHEBs’), to “have due regard to the need to prevent people from being drawn into terrorism”, as imposed by section 26 of the Counter Terrorism and Security Act 2015 (“CTSA”). [3]

The press release identified Dr Butt as an “extremist” speaker, referred elsewhere in the press release as a “hate speaker”, and stated that he was an example of the kind of individual that universities should not permit to speak at events on campuses in order to comply with the ‘Prevent Duty’. This has led to a curtailment of the right to free speech for Dr Butt and been damaging to his reputation.

Dr Butt issued judicial review proceedings to challenge the lawfulness of the Prevent Guidance and the definition of ‘extremism’, as well as the lawfulness of the collection of data about him by the Home Office Extremism Analysis Unit. It is argued that this data is gathered and disseminated in breach of the Data Protection Act and human rights law. Furthermore, Dr Butt has been prevented from exercising his right to freedom of speech.

His claims include a claim for defamation, as the words in the press release were understood to mean that Dr Butt is an ‘extremist hate speaker’ who legitimises ‘terrorism’, is likely to radicalise students and from whose “poisonous and pernicious influence” students should be protected. The publication of these words has caused serious harm to the reputation of Dr Butt. He has since been battling a legal case against the Home Office.

As well as several such groups, many cross-party MPs and even the Government’s own reviewer of ‘terrorism’ legislation, Max Hill QC, have opposed the Government’s strategy and even gone so far as saying terror laws in principle should be scrapped as they are “unnecessary”. [5]

The United Nation special rapporteur on racism stated that “the Prevent duty is inherently flawed, and [an] expansion of a flawed program to cover more groups is by no means curative”. [6] This expresses that the targeting of far-right groups does not obfuscate the harm carried out by the Prevent strategy.

Figures published by the Home Office display an increase in Prevent referrals across the country, overwhelmingly targeting Muslims. 65% of the 7,631 referrals noted in the released figures refer to Muslims, despite being approximately 5% of the population. 56% of the total referrals were aged 20 or under, whilst a quarter of the referrals were of under-15s. Most of the referrals came from the Education sector, followed by the police. [7] [8]

Muslims comprise approximately 5% of the United Kingdom, [9] and less than 5% of the perpetrators of “successful and foiled” terror plots, [10] yet they are vastly overrepresented in the counter-terrorism matrix—from Prevent referrals to Schedule 7 stops and searches to ‘terrorism’ convictions. Not only does this lead to an unjustified fear and panic from the broader population but it also contributes to the alienation and disenfranchisement of many young or mentally vulnerable Muslims. [11]

This is one of the reasons that an increasing number of researchers and activists have been warning that Prevent is not just ineffective but actually counterproductive. A sense of alienation, disenfranchisement, experience of racist double standards, and so on, have long been significant empirically-determined causal factors involved in the likelihood of some people to be drawn into political violence and ‘terrorism’, emphatically not the non-violent beliefs and opinions — be they “radical” or not — that the Prevent programme has been focusing its attention on. [12]

As the first ever legal challenge against the government’s very own strategy, Kate Stonehill will be joined by Dr Butt to discuss the screening and key themes arising from it.

Admission to the film screening is free and no booking is required. The screening and discussion will take place between 6:30pm to 8:00pm. The Showroom is located on the corner of Penfold Street and Boscobel Street, just off Edgware Road.

“Unspeakable has been screened at film festivals internationally and was premiered at Sheffield Doc/Fest, 2017 before going on to screenings at the London Short Film Festival, 2018; ZagrebDox, 2018; and the International Human Rights Film Festival Albania, 2018. Unspeakable was shortlisted for the Grierson Award, 2017.”

[6] OCHCHR. 2018. End of Mission Statement of the Special Rapporteur on Contemporary Forms of Racism, Racial Discrimination, Xenophobia and Related Intolerance at the Conclusion of Her Mission to the United Kingdom of Great Britain and Northern Ireland. ONLINE: United Nations.

[9] According to the 2011 Census, Office for National Statistics.