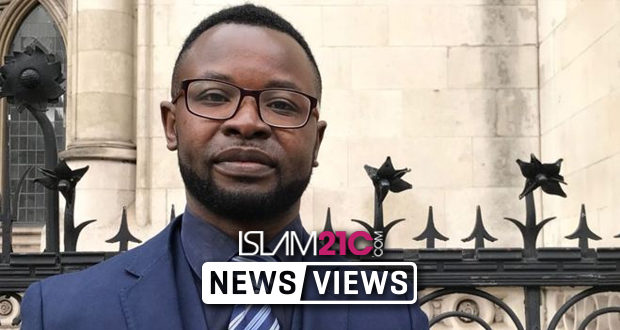 The High Court has upheld a devout Christian’s dismissal from a Sheffield University course after he posted about homosexuality being a sin on Facebook two years ago.[1]

Felix Ngole was in his second year of a postgraduate course in social care when he was expelled from the university, after contributing to a Facebook discussion about Kim Davis, the counter clerk in Kentucky that was jailed for refusing to issue marriage licenses to same-sex couples on account of her Christian beliefs.[2]

Ngole argued in defence of Kim Davis’ position being based on “the biblical view of same-sex marriage as a sin”. He argued that he was making a “genuine contribution” to an important public debate and that he was “entitled to express his religious views”. Ngole described his expulsion from the university therefore as a breach of his rights to freedom of speech and thought, as enshrined by the European Convention on Human Rights.

However, lawyers representing the university argued that he showed “no insight” and that the decision to remove him from the course was fair and proportionate. They argued that since he was studying for a professional qualification, the university had to consider his “fitness to practise”.

University bosses argued that his comments were posted on a public Facebook page that was “derogatory of gay men and bisexuals”.

After hearing the arguments in London this month the deputy high court judge, Rowena Collins Rice, who is also a government lawyer, ruled against Ngole, dismissing his claim for judicial review. She said that,

“Public religious speech has to be looked at in a regulated context from the perspective of a public readership. Social workers have considerable power over the lives of vulnerable service users and trust is a precious professional commodity.”

“Universities also have a wide range of interests in and responsibilities for their students – academic, social and pastoral. Where, as Sheffield does, they aspire to be welcoming environments for students from a diverse range of backgrounds, they must expect to be inclusive and supportive of that diversity.”[3]

But Christian rights groups have criticised the decision arguing that the dismissal of someone based on their views and opinions is the opposite of inclusion and support for diversity.

Andrea Williams, chief executive of the Christian Legal Centre, who fought for Ngole, said that the university were acting like “thought police”. She added:

“The court has ruled that though Mr Ngole is entitled to hold his Biblical views on sexual ethics, he is not entitled to express them… But freedom to believe without freedom of expression is no freedom at all.”

“Many views are frequently expressed by students on social media and in other contexts. It is the expression of Biblical morality that has been singled out for sanction by the university.”

“This ruling will have a chilling effect on Christian students up and down the country who will now understand that their personal social media posts may be investigated for political correctness.”

Ngole said that he planned to appeal further:

“I am very disappointed by this ruling, which supports the university’s decision to bar me from my chosen career because of my Biblical views on sexual ethics… I intend to appeal this decision, which clearly intends to restrict me from expressing my Christian faith in public.”[4]

This current row is reminiscent of the routine demonisation and smearing of popular Muslim speakers and leaders on account of their views—which are usually heavily redacted and shorn of context.

Those trying to force a uniformity, change ideas and beliefs, or otherwise render certain minorities more malleable or compliant towards institutional tastes or domestic and foreign policies, tend to present the “problem” of “the other” under various rubrics.

One such practise is weaving it into complex conversations around integration and assimilation—such as the anti-multiculturalism agendas of the likes of the Casey Report.[5] Another is through a securitisation lens of terrorism and national security—such as with the now toxic Prevent agenda and the ambiguous and arbitrary rhetoric of “British values” and “extremism” based on the previously secret ERG22+ radicalisation “study” erroneously linking certain beliefs and behaviours to terrorism, which was exposed and widely discredited last year.[6]

Although the above is not routinely done when it comes to problematising Christian beliefs, it will be nonetheless interesting and important to observe such a battle, since—despite Ngole himself being African—both sides in this argument would generally appear to be immune from the above discourses of “un-Britishness”.