RAMADAN MUBARAK!
Home / Latest Posts / June will be the end of May… InshaAllah 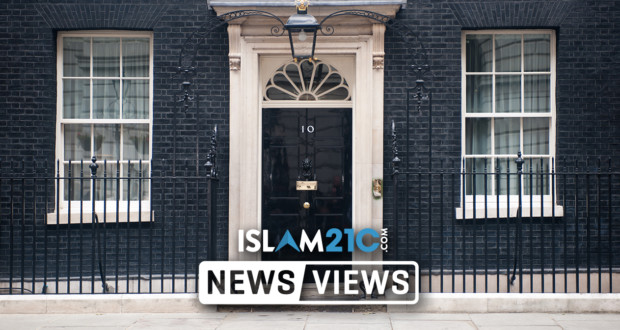 June will be the end of May… InshaAllah

The Prime Minister’s premiership was characterised by turmoil, chaos, and failure to build a national consensus for an increasingly divided nation.

Theresa May has announced on Friday that she will resign as the leader of the Conservative Party and as the UK Prime Minister on June 7th, bringing an end to her turbulent three-year rule.

May announced her resignation after bowing to pressure from the 1922 Committee and its leader, Sir Graham Brady, who leads a grouping of senior Tory MPs, after being threatened with a new vote of no confidence following the collapse of her ‘new deal’.

The revised agreement, which included a vote on the second referendum if it were to be passed in parliament, infuriated MPs in her party, was rejected by the Labour Party and led to the resignation of senior Cabinet member and leader of the House of Commons, Andrea Leadsom. Other ministers also threatened to resign if May refused to set a timetable for her departure.

Addressing a crowd of journalists at Downing Street, May said that “it is, and will always remain, a matter of deep regret” for her to not have been able to deliver Brexit. [1]

“It will be for my successor to seek a way forward that honours the result of the referendum. To succeed, he or she will have to find consensus in parliament where I have not. Such a consensus can only be reached if those on all sides of the debate are willing to compromise.” [1]

She added, breaking into tears as she brought her speech to a close:

“I will shortly leave the job that it has been the honour of my life to hold – the second female prime minister but certainly not the last. I do so with no ill-will, but with enormous and enduring gratitude to have had the opportunity to serve the country I love.” [1]

The public took to social media to react to the news of her resignation:

Prison officers often asked me why I wasn’t vengeful and angry over what was happening to me.I would tell them,…

I'll add, in my research, I've heard stories of how PREVENT policies specifically discriminated refugees/immigrants (racialised Muslims) in the NHS. Let's not forget that Theresa May introduced non-evidence-based PREVENT in public bodies as well as home secretary under Cameron https://t.co/2mrocqAIlZ

Brexit, undoubtedly, defined the period of May’s rule and her failure to carry it out will forever be her defining moment. However, the Prime Minister sought to name some supposed successes she believed had been achieved during her tenure, such as the establishment of the public inquiry following the Grenfell Tower disaster that killed 72 people, many of whom were Muslims and from working-class families. However, she failed to admit how Conservative Party policies on austerity and cuts to public services was one of the causes of the disaster.

One other supposed achievement May highlighted was the race disparity audit that sought to understand how people of different ethnicities are treated across the UK in all areas of public life. Yet, she failed to admit her role in the Windrush disaster that led to the illegal deportations of people to the Caribbean, even though they had lived in the UK all their lives.

May is expected to continue to lead her party and the country until the 7th of June, after both the results of the European elections and after she welcomes US President Donald Trump in his state visit to the UK. Following this, the Conservative Party will enter a leadership contest in which a number of Conservative MPs will contend for the leadership position.

Boris Johnson, the former foreign secretary who compared Muslim women who wear the niqāb and burqa to letterboxes and bank robbers, is the front runner for the position and is expected by many to come out victorious in the contest. Should this be the case, a number of MPs have vowed to leave the party. The ex-foreign secretary wants to pursue a no-deal Brexit; however, Parliament has repeatedly rejected a clean break from the EU.

2019-05-24
Muhammad Mussa
Previous: Local or Abroad? Zakah Questions Answered
Next: Be Like the One in I’tikāf