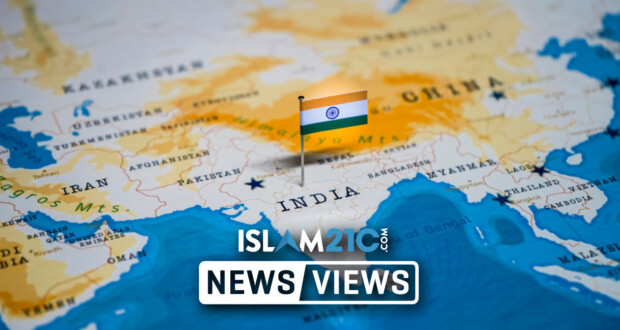 Gulnaz Khatoon, a 20-year-old Muslim girl, was burned to death in India’s eastern province of Bihar by a Hindu man and his friends after rejecting a marriage proposal.[1]

Khatoon sustained 75% burn injuries when she was brought to the local hospital after kerosene was poured over her body and lit on 30th October. She was later moved to Patna Medical College Hospital – the largest hospital in the province – where her burns proved fatal. Khatoon passed away on Sunday 15th November.

Khatoon’s family claimed she was engaged to another man, with the marriage ceremony scheduled to be held in four months. Satish Kumar Rai had been harassing Khatoon to marry him, but she refused to enter into an interfaith marriage with Rai.

Enraged at her refusal, Rai and his friends killed her while she was taking out the rubbish. The victim’s family had complained to the parents of the accused about the harassment, but they allegedly did nothing.

According to a video statement of the victim before her death, Khatoon said she was caught by three men – all residents of Rasoolpur – before they started molesting her.

She resisted their sexual harassment and threatened to tell her mother about their misconduct towards her. In retaliation, the angry men poured kerosene on her.

“The accused persons had been stalking and sexually harassing my sister for the last three [to] four months and pressurising her to marry Satish Rai. They killed her because she refused.”[2]

The statement issued by Khatoon to the Vaishali police names Rai specifically as the one who poured the kerosene on her and set her on fire.

Gaurav Mangla of the Vaishali District Superintendent of Police said the accused persons were on the run, and that three police teams have been formed to arrest them.

“Investigations in the case were in progress and the accused people would be arrested very soon.”

However, Khatoon’s family alleges the police delayed in taking action against the accused persons despite having been identified as Satish Kumar Rai, Chandan, and Vinod Rai.

The chief of the local police station has since been suspended for negligence in the case.

Khatoon’s death has sparked protests by family members and individuals from student collectives and other organisations, with many political leaders and women’s rights activists in India coming together to demand justice for Khatoon.

On Monday, #JusticeForGulnaz was trending on Twitter as people expressed anguish at the delay in the registering of the case against the perpetrators.

Asaduddin Owaisi, a prominent Muslim leader, called for action from the chief minister against the accused.

These men ‘punished’ her for resisting molestation. It’s been 15 DAYS & there’s still no action. Men like Satish are emboldened by the fact that there’s never any action. @NitishKumar where’s your “tough on crime” policy now? https://t.co/Z7gAYV69mH

Rahul Gandhi, the leader of India’s main opposition party, attacked the government and attributed the case to misrule and a false notion of good governance. Gandhi wrote:

“Whose crime is more dangerous. Those who carried out this inhuman act? Or those who hid it for electoral gains to lay the foundation of his false good governance on this misrule?”[3]

After Khatoon’s death, her family staged a demonstration at a city square to call for the punishment of the accused.

The family of five sisters and four brothers have been reliant on the wages of their mother Shaimuna Khatoon and their brother Istkar Ahmed for survival, after their father died in 2017. Both work in the state capital Patna where the mother stitches and the son sells clothes.

“After her marriage was fixed, Satish Rai started harassing her even more and pressurized her to marry him. However, she told him that she cannot marry him. Enraged over her refusal, he threatened to kill her.”

“We want justice. It has been 17 days but there has hardly been any progress. We complained but it was not considered. We are powerless. We have no one to help us.”

Many women’s rights organisations have demanded the immediate arrest of the accused, as well as compensation of two million rupees ($27,000) and a government job to the victim’s family, in addition to conducting a fair investigation and trial in a fast-track court.